CONTRA COSTA COUNTY, CA (Jan. 22, 2023) — Although many questions remain unanswered, the California Highway Patrol now believes that Damond Laznby Jr. was the victim of a hit and run before his death along Highway 4 on Jan. 7. According to the CHP’s Golden Gate Division, the vehicle is possibly a dark colored sedan.

Over in Pleasant Hill, police arrested a second suspect in a 2022 shooting at Pleasant Oaks Park, and the department released images of the suspect in a burglary at Rooted coffee shop.

Finding the local groove: Vinnie’s Bar & Grill in Concord is the spot if you’re looking for live music, open mic nights or even Thursday’s popular Latin Night. For other local entertainment, check out Sally Hogarty’s theater column for a variety of options – from the Pulitzer Prize winning “Clybourne Park” in Pittsburg to Plotline’s short plays and radio drama in Martinez. Other items to put on your calendar include the Diablo View Orchard Society’s show and the Camellia Tea at the Clayton Museum.

Local government updates: Pioneer political reporter Peggy Spear delves into what comes next for the Clayton City Council after November’s controversial election, as new Mayor Jeff Wan offers his own perspective in his column. Meanwhile, Concord Mayor Laura Hoffmeister writes about her priorities, as does new county Supervisor Ken Carlson. In a letter to the editor, Anne Granlund urges the Pleasant Hill City Council to fill Carlson’s vacancy by appointing the next top vote getter in November’s election.

Here are some other stories the Pioneer covered recently:

Putting together the pieces is all part of the game.

Pioneer Sports Shorts, along with Athlete Spotlights on Isabella Scolini and Joey Kremin.

Read past installments of “So This Happened…”: Click here. 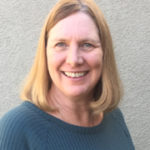