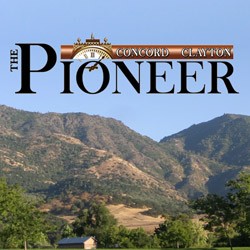 Kara Navolio
Kara Navolio is a freelance writer, telling stories of real life heroes and interesting people for several local newspapers since 2015, including The Pioneer and Lamorinda Weekly.  She is also the editor of a local magazine Northgate Living and has her debut children’s picture book being released by Brandylane Publishers, Inc. in May 2019, titled Everybody Can Dance!  She has lived in Walnut Creek with her husband for 27 years and is the mom of two now grown children.

David Scholz
David Scholz divides his time between education, primarily teaching at the junior high level, and working as a freelance writer and photographer. Prior to moving into teaching in 2000, he worked as a full-time journalist since 1988 for rural community and small daily newspapers in Central Ohio and Northern Nevada, and later in California with The Business Journal in Fresno and dailies in the Bay Area, including The Oakland Tribune and The San Francisco Chronicle. The Pleasant Hill resident is an avid sports fan who enjoys golf and art, specifically venturing out for Plein Air painting experiences throughout Northern California.

News about your church, school or club:
editor@pioneerpublishers.com