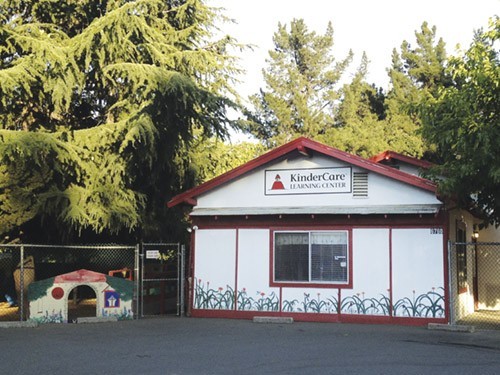 A nasty battle between a large corporation and Clayton residents came to a head in, of all places, a preschool play lot recently, as parents of the Marsh Creek KinderCare facility fought to keep their beloved preschool and after-care program open.

On May 17, KinderCare, which operates two childcare centers in Clayton, announced it was closing the Marsh Creek site, formerly the Clayton Children’s Center, on June 14.

The news was greeted with a storm of protests from many of the 45 student’s parents, angry over the short time allowed for transition, as well as the fact that the company should zero-in on “their” center.

“It makes no sense,” said parent Dave Moss at a May 22 meeting held at the school which was attended by more than 30 parents as well as Regional Vice President for KinderCare, Brian Cuda. Moss stated, “They’re closing the wrong center.”

Despite being hammered by parents – some irate, some just puzzled – for more than hour, Cuda stood firm in his resolve that closing the center made financial sense, and the four-week notice was the usual amount of time parents had at any site closure.

“This is a transition, and transitions are very hard, especially when they involve your children,” he said.

This particular center has seen its share of transitions over the years, going from the family-owned Clayton Children’s Center to corporate ownership, with KinderCare finally taking over two years ago. Through all the changes, a strong core group of parents and teachers has remained and kept the center thriving, said Holly Tillman, who organized the meeting.

However, enrollment began dropping off, and KinderCare felt that many of the students could transfer to their other facility, located on Main Street downtown.

“Since the Marsh Creek center’s lease expires in July, we decided to reduce the disruption to our families that moving centers can cause by closing the center only after the school year had ended,” said KinderCare spokesperson Colleen Moran. “Our general practice is to give families four weeks’ notice prior to a center closure, and we maintained that timeline with our Marsh Creek center. This allows families time to adjust to the news and to look into the options we are providing for their children.”

Most parents, however, balked at that idea, citing safety concerns, as well as the fact that many of the teachers at the Marsh Creek site would not be transferring to the other one.

As of last week, despite offering positions to all five of the teachers at the Marsh Creek site, only two have agreed to go, Cuda said.

Clayton resident Cory Brady, whose two children, ages 7 and 4, attend the Marsh Creek center, was one of the many parents who did not see eye-to-eye with Cuda. “This isn’t a transition; you’re forcing my hand,” he said, by only having a few weeks to find adequate care if he chose not to send his children to the other facility.

Cuda did not know if the Main Street facility could accommodate all of the transfers from the Marsh Creek site, as he was waiting on a firm number of Marsh Creek families to make up their minds.

It may not be many, as some parents are already in talks with the landlord of the Marsh Creek facility, Julie Gilcrest, about the possibility of opening their own independent center.

“We think at some point KinderCare will regret this decision to close the center,” says Stephanie Cademartori, a longtime parent at the center whose children don’t even attend anymore, yet who was on-hand to organize opposition to the closing.

“I think if they had allowed more hands-on advertising the center would have continued to thrive. But, instead management said ‘no’ to different marketing ideas.”

In the past, the center used to have booths at many civic affairs, but has not been able to under KinderCare, she said.

She also thinks that KinderCare is wrong to assume all families would move down the road to the center downtown. “With two centers so close to each other it was obvious that each center met a specific need.”

All of the parents who spoke at the Wednesday meeting touted the center’s sense of family, its physical lot, and especially the teachers. Cademartori said that most of the teachers have been there for more than 10 years. “It is very unusual to have preschool teachers remain in the same location for over 10 years. In most centers, teaching staff remains constantly revolving.”

Parent Larry Shulman, who has been actively fighting the closure, wrote several letters to KinderCare management. He is one of the parents who isn’t planning to send his daughter to the Main Street facility. “Let’s remember our relationship with KinderCare is a customer-supplier one and they are completely doing the wrong things to keep that relationship strong,” he said.