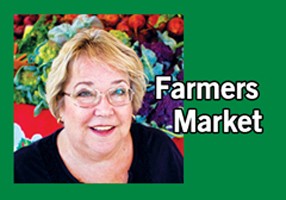 CONCORD, CA (Jan. 24, 2023) — The season for citrus is here, and in California, that means a chorus of quintessential, show-stopping fruit.

From itty-bitty kumquats, tangy lemons and red-fleshed blood oranges, to easy-peel mandarins, tart grapefruit and giant pomelos, we grow it all.

This month, I want to spotlight the differences between grapefruit and pomelos. Grapefruit has been available on restaurant menus and family tables since the 1950s, but pomelos have not been mentioned very often.

The funny thing is the non-hybrid pomelo is an oldie but goodie, having been on the stage for hundreds of years. It’s what’s called an “ancestor fruit.” Mandarins and lemons are also ancestor fruits. Crosses between these three citrus varieties are the foundation of almost all citrus seen today.

The most obvious difference between pomelos and grapefruit is the scene-stealing size. The pomelo is larger at first, but once peeled, the fruit is about the same size as a grapefruit. Pomelos can have a half-inch to three-quarters of an inch of rind and pith.

There are striking similarities and dubious differences between these two citrus giants. However, they do have one thing in common – they’re both delicious.

Pomelos taste similar to grapefruit but are slightly sweeter. The membrane between the segments is thicker and tends to be bitter. Oro Blanco, Chandler and Tahitian are some of the more common pomelo varieties you’ll find at the farmers market.

Grapefruit is a hybrid formed by a long-ago accidental cross between a sweet orange and a pomelo. It is called grapefruit because of its tendency to grow in groups or bunches. They hold more moisture and are denser than a pomelo. Audience-pleasing grapefruit varieties include Ruby Red, Marsh and Valentine.

Another citrus showstopper is the grapefruit-pomelo hybrid. The Melogold hybrid was developed in 1958 at UC Riverside’s Citrus Breeding Program. It is seedless with a delicious, sweet-tart flavor and is a bigger and heavier fruit with thinner skin than a pomelo.

Buying citrus from your farmers market is a special treat because of the fruit’s freshness and the abundance of variety. You can also converse with the farmer who wrote the script on his fruit.

This winter, pick up some of the stars of the citrus world and enjoy their tart and sweet flavor.