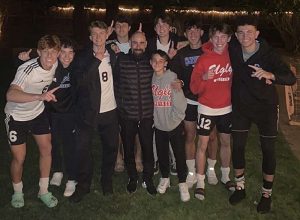 CONCORD, CA (Jan. 24, 2023) — Clayton Valley Charter boys soccer has made trips to the North Coast Section soccer semi-finals the past two years but have not been able to take the next step and reach the championship game.

Coach Guillermo Jara’s squad is looking to finally get into the title match this year as the Ugly Eagles are No. 1 in the prep rankings, a place they also attained last season.

In 2020 and last winter CVCHS made it to the semi-finals but no further, losing 1-0 last year to eventual champion De La Salle. The school met the same fate in back-to-back 2011 and 2012 semi-final appearances. The second year their Concord rivals beat them 2-1 enroute to a DLS title.

Jara is in his 10th year coaching at the Concord school, and he has seven players on this year’s squad who earned all-league honors when the team won the Diablo Athletic League Foothill Division championship last season. They finished 15-3-2 overall.

This will be CVCHS boys soccer seventh consecutive trip to the playoffs (none were held in 2021). With a rally cry of “positivity, karma and unity” this season they are hoping to go further than any Ugly Eagles boys soccer team ever has.

Alex Braginski, Skye Megyesi and Nolan Martin are other seniors who were all-DAL a year ago, as was junior Will Caranza.

The team is undefeated in 15 games this year with draws to undefeated Las Lomas and Northgate the only blemishes on the CVCHS record. The team is ranked No. 1 in the Bay Area and NCS and in the top 30 statewide. They have 10 one-goal victories in addition to the part of draws.

De La Salle has again played a challenging non-league slate and coach Derricke Brown’s team is currently ninth in the Bay Area with a 8-5-1 overall mark and 6-0 record in the East Bay Athletic League. All four of their losses have been by one goal.

The Spartans won last year’s NCS Division I title after a mini drought of section championships since 2018. The Concord school has 14 NCS championships, eight of those coming since 2009 plus three runner-up finishes as well during that time. 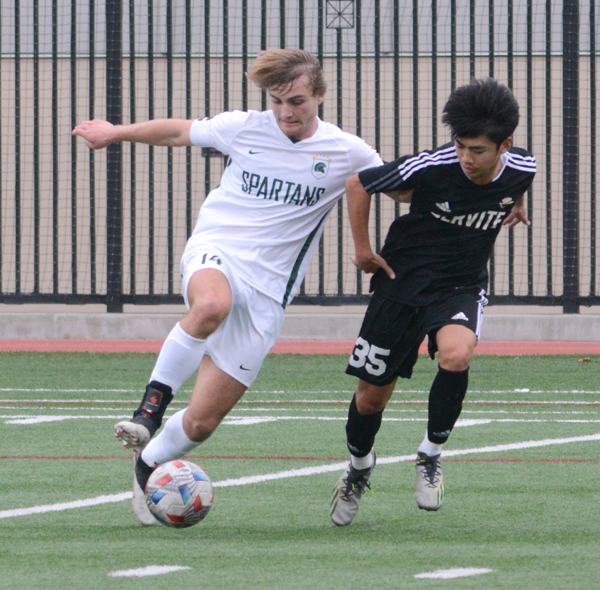 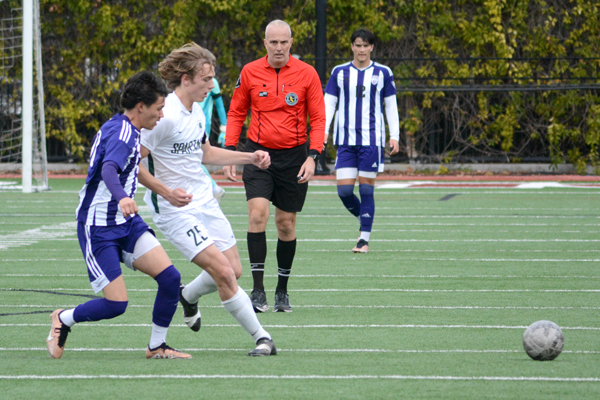 Carondelet finished second at NCS from 2016-2018 but has won two of the last three NCS Division I championships and the Cougars are looking to make that three of four this year. As usual it appears that the top NCS girls teams are once again Carondelet (ranked third in the Bay Area along with their long-time Danville and EBAL rivals San Ramon Valley (No. 1) and Monte Vista (No. 7).

The Cougars are 10-2 with 1-0 losses to Monte Vista and Redwood of Visalia. Coach Amy Apodaca’s team will face San Ramon Valley and Monte Vista among its final three EBAL games both in Danville early next month.

Goalkeeper Maddie Buckley and midfielder Lizzie Vranesh are co-captains and returning all-EBAL players for the Cougars. Buckley is headed to UC Santa Barbara and Vranesh to Cal Berkeley in the fall. Their senior forward Lauren Kenny is going to Oregon.