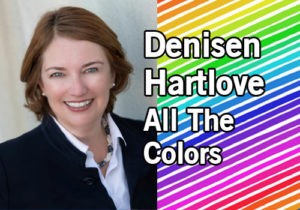 That said, unlike another bathrobe, video game system or Tesla, there’s a special gift that will be remembered long past the finding of the gift receipts and ritual trek to the Macy’s returns and exchanges counter. That gift is acceptance of your LGBTQIA child.

I don’t think it’s news to anyone in the community that our kids are transgender.

When Em, our eldest, came out as gay, we’d seen it coming and felt ready. We carefully shared the word with family and close friends. We switched from a school that trended religiously conservative and unwelcoming of the gay community to a public school we hoped would be more diverse and, like us, accepting of who people are.

Even there, though, public school officials refused to include LGBTQIA status in anti-bullying presentations. They told us our kid should just learn to blend in better.

Churches that promised all were welcome weren’t always welcoming to families like ours. We heard horror stories from adult LGBTQIA friends about how they’d been treated in the same towns where we live.

A bigger bump in the road

When Em subsequently came out as transgender, it was a much bigger bump in our road. I was more than a little conflicted. Being gay was one thing, I reasoned, but the idea of them being transgender seemed a stretch. When someone asks me to describe myself, the first words out of my mouth have to do with gender: woman, wife, mom.

I struggled to understand Em, thinking maybe it was just a phase. My visions and ideas of who our child really was and would become were shaken. Had I done something wrong to make Em this way?

As a self-professed news junkie, I’d read far too many stories about LGBTQIA kids being harassed, outed and worse by hostile communities. There was recently a news item about a school board member in Minnesota whose 8-year-old transgender child was outed by her mom’s political opponents. Their family no longer feels safe in their community and is moving out of the area.

Outlawing discrimination against LGBTQIA people is still being debated in many areas. What about transgender kids on sports teams? Or the toxic trans-exclusionary radical feminist (TERF) movement?

Our family’s motto should be, “When in doubt, research it.” We read everything we could find, from articles on legal rights to papers about hormone treatments. Next, we found a therapist who specialized in gender diverse kids and teens and endlessly questioned doctors.

We learned gender identities aren’t a matter of choice. No one would ever choose to put themselves in harm’s way, especially not a child. We saw a lot of parents struggle with acceptance because they clung to the disproven notion that their child was choosing to be different.

Don’t get the wrong idea, though: As our acceptance of Em grew with our knowledge, we still stuck our feet in it more than once. The “they, them, their” pronouns threw me for a loop. I’m embarrassed to admit that I asked Em at one ill-timed moment if they weren’t sure they weren’t just a “really masculine lesbian.” Em’s response included words I’m fairly sure this newspaper won’t print.

It’s a harsh world out there. But we are far from alone.

A recent Gallup poll showed 5.6 percent of U.S. adults identify as lesbian, gay, bisexual or transgender. This number does not count people who aren’t safe identifying themselves and doesn’t include children and teens.

Having to hide your LGBTQIA identities from the people closest to you can make something as simple as a trip to Safeway or a family holiday celebration fraught with danger.

More than once, Em brought home friends from school or the teen support groups at the Rainbow Community Center whose families were also struggling. More than once, we gave panicked-looking parents who came to fetch their kids a glass of Chardonnay and traded phone numbers. We found safety in numbers and formed friendships.

Em is about to turn 21. We’re wildly proud. They have an apartment in Chicago, work as an EMT and are a well-respected tattoo artist. They recently bought a motorcycle and adopted a gigantic puppy named Pterodactyl. They have a wonderful future ahead.

So this year, never mind the Uggs and Amazon gift cards. Give your LGBTQIA kid the gift of your unconditional love. Your standing beside them (and maybe getting one or two lessons in correct use of pronouns in return) is the best gift of all. It’s one for which you’ll both be grateful for years to come.

And you won’t have to find that darned gift receipt. 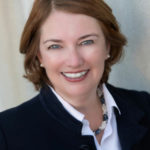 Denisen Hartlove is a Concord resident who sits on the board of directors of the Rainbow Community Center. Email comments or questions to Movingmom10@gmail.com.