The County Meet was the week after the Concord Swimming Championships where the Otters won the A title for the 29th time in the last 30 City Meets. Ygnacio Wood finished 31 points ahead of two-time defending champions Gehringer Park in the city B Division.

As is usually the case, Dana Hills’ depth led to dominance in the City Meet relay races at Northgate High school with the Otters again winning 17 of 24 relays and never placed lower than third in the 24 relays. 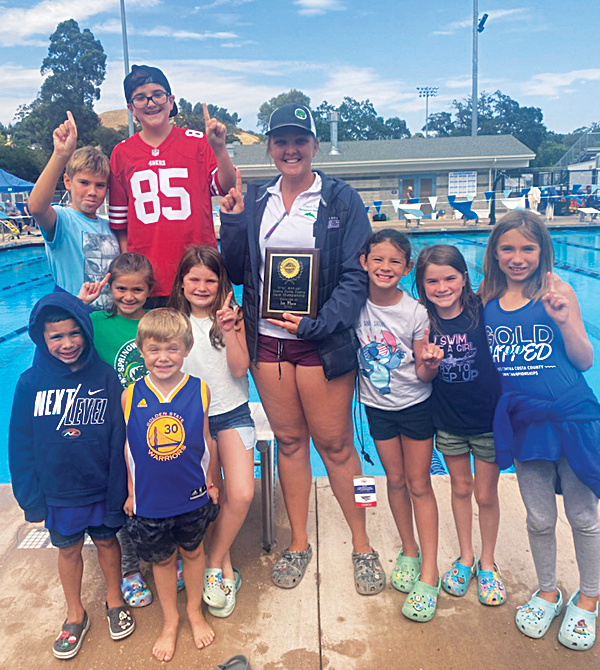 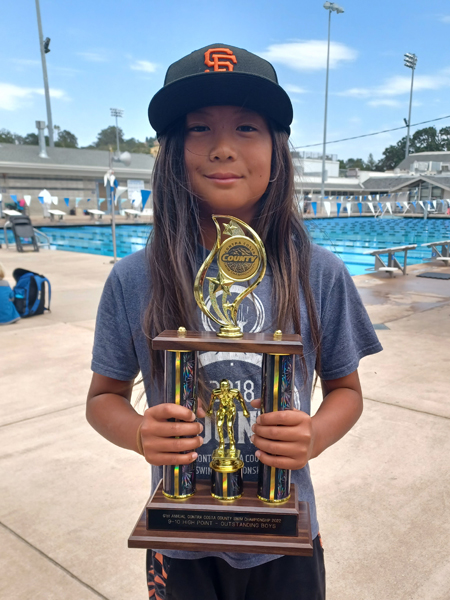 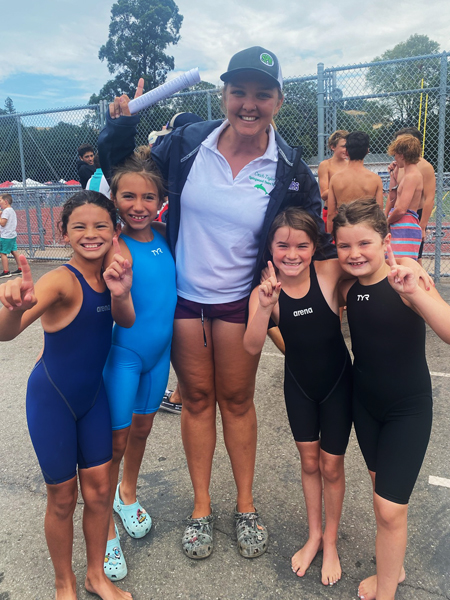 There were three meet records at the Concord Championships, a year after no marks were set in 2021. Besides the DHST girls 15-18 medley relay record setters, Airi Seib (PHD) set a new mark in the 15-18 individual medley and Maya Canada broke the 15-18 breaststroke record for Springwood.

Seahorses coach Halley Darr has been involved with the team as a swimmer and coach for 19 years and says this is the first city title during that time. She said, “I couldn’t be more proud of the determination and spirit that every swimmer showed throughout the season and especially during the city meet. The success these Seahorses achieved is the reward they deserve for their hard work and love for this team.”

Sprinters, Otters atop the County

In the County Division III (divisions are determined by the number of entries each team has in the meet) Springwood finished 56.5 points ahead of runner-up Martinez Community Swim Team.

Coach Henry says, “As a team we came together under the motto ‘small but mighty’ and had some outstanding accomplishments. Springwood Sprinters swam their heart out all summer long and I am extremely proud and honored to have shared such a successful season with each and every one of them.”

Dana Hills won its back-to-back Division I championship with Charley Branich (6 and under girls) and Delaney (11-12 boys) took high point. Bautista (13-14 girls) tied for second and Lahanas (15-18 girls) was third in their age groups.

The Otters 6 and under and 15-18 girls medley relays both claimed first place to rack up key points for DHST at county.

Also at County Meet, Pleasant Hill Dolfins standout Seib set one of two meet records with a 24.01 time in the 15-18 girls free while earning high point in the age group as well. Conor Halley-McCarty of Pleasant Hill Aquatics was third in 15-18 boys high point. 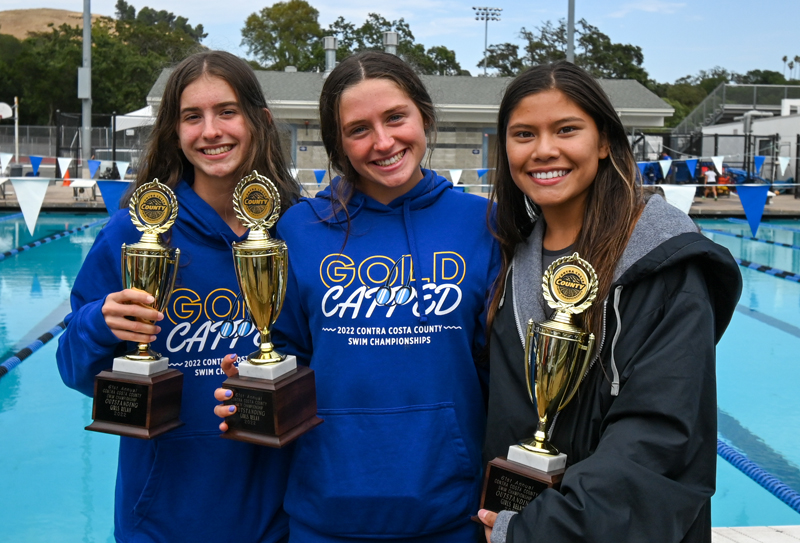 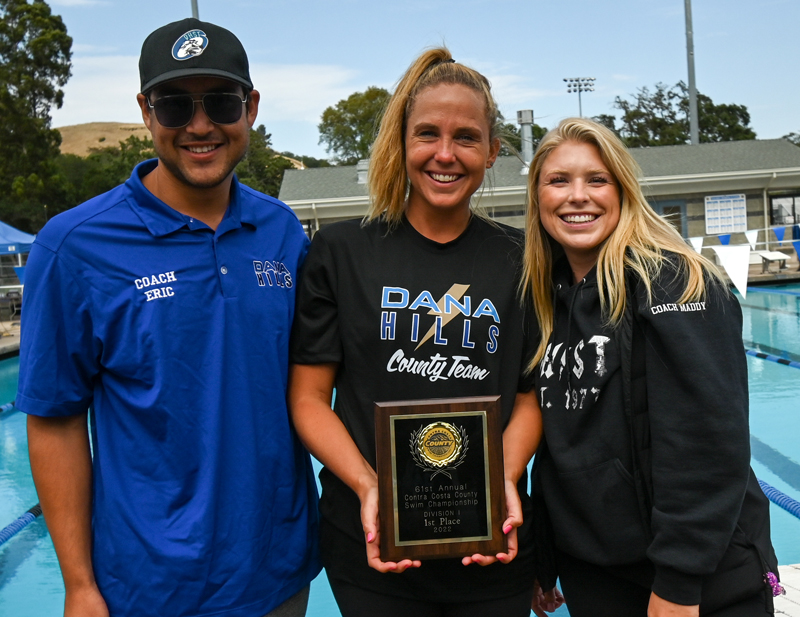