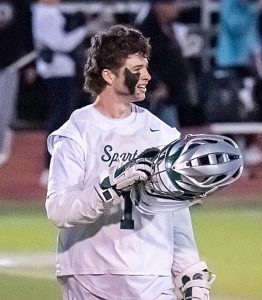 When young Hugh Conrad was in Clayton Valley Little League, he played catcher and loved being behind the plate where he was able to see the game in front of him. He also enjoyed blocking most wild pitches.

As a fourth grader he played lacrosse in a friend’s backyard and found the same satisfaction he got as a catcher. He asked his dad to register him in a lacrosse program and he began playing rec LAX with the Walnut Creek Warriors, of course as a goalie.

In seventh grade he moved to the Alcatraz Outlaws club program where he met goalie coaches Andrew and Michael Gvozden, who have helped him master stopping 100+ mph shots and lead his team’s defense.

He also attended De La Salle lacrosse camp every summer and dreamed of playing for the Spartans. He realized that dream and more in his freshman year when De La Salle rebounded from a 3-6 start to their season by winning 15 straight games and the North Coast Section championship.

After missing one full and one partial LAX season due to COVID-19, DLS won this spring’s Section championship and Conrad was all-EBAL goalie. He capped his club career with the Outlaws when they defeated the No. 1 ranked team Annapolis Hawks in a Maryland tournament last summer. He also played high-level club tournaments with the West Coast Starz.

As his high school and prep profile rose, the Clayton native began getting noticed by colleges. After a talk with the Yale University lacrosse defensive coordinator Conrad told his mom that was where he wanted to go, even though he had never set foot on the Connecticut campus. He says, “I got the feeling that Yale’s lacrosse program was the ‘college De La Salle’” and it would best meet his academic and athletic needs.

Conrad starts college at the end of this month and is moving into his Yale dorm this weekend. The Bulldogs won the 2018 NCAA championship and were finalists in 2019, showing a winning tradition like Conrad has become accustomed to. 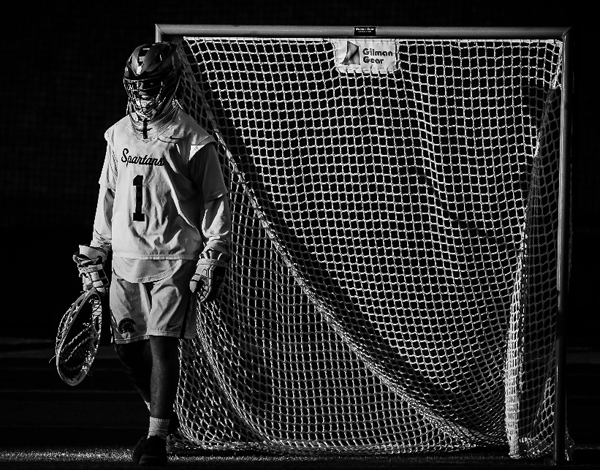 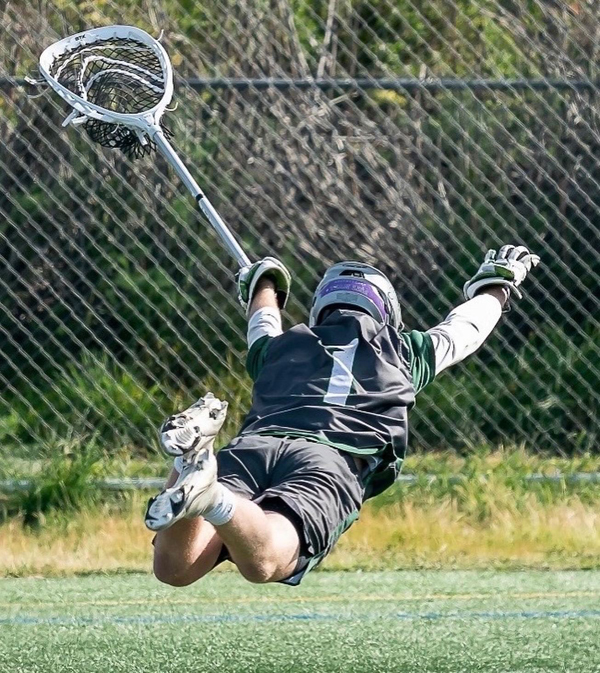 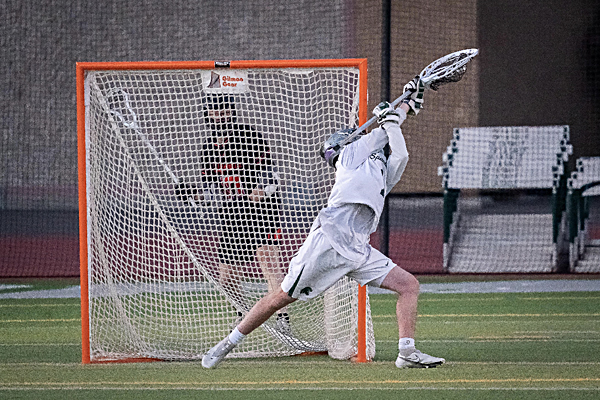 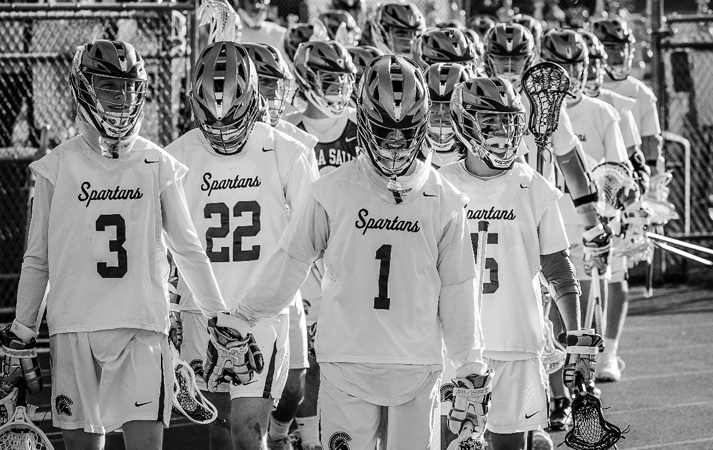 The Pioneer congratulates Hugh and thanks Athlete Spotlight sponsors Dr. Laura Lacey & Dr. Christopher Ruzicka who have been serving the Clayton and Concord area for over three decades at Family Vision Care Optometry.