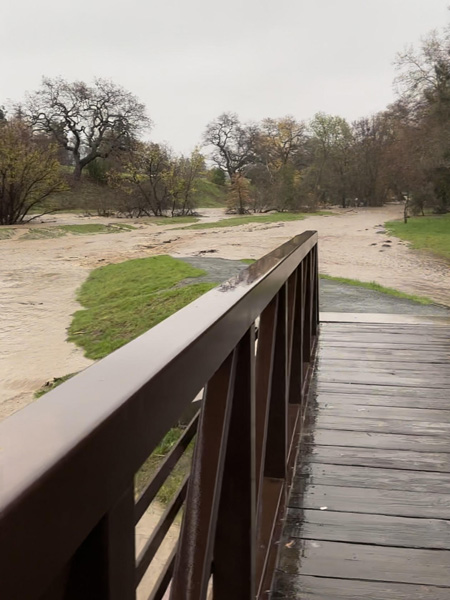 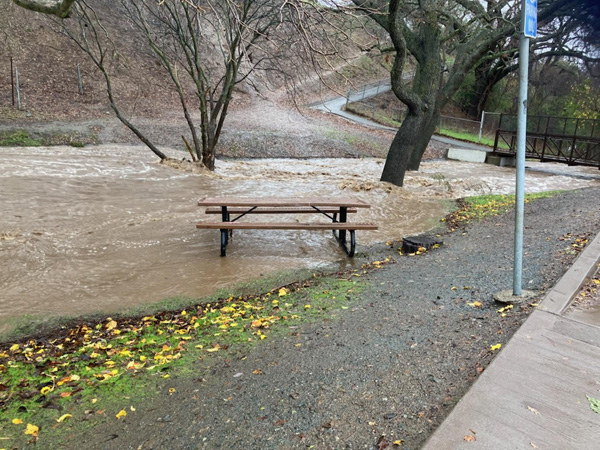 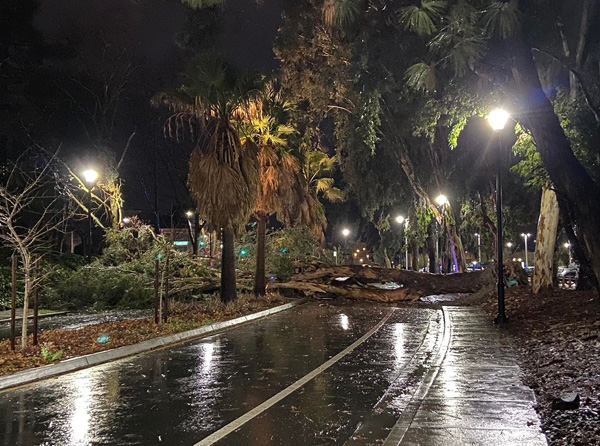 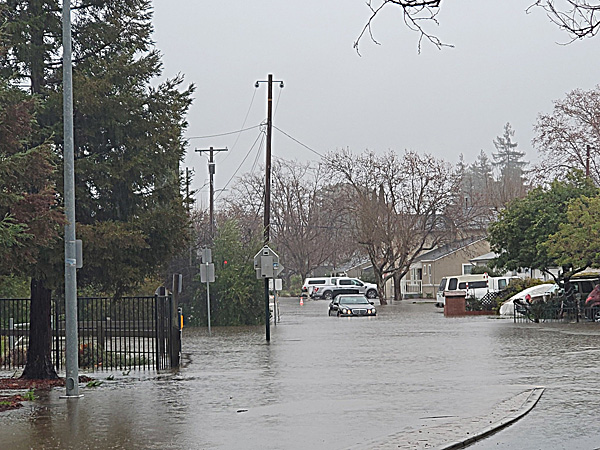 CONTRA COSTA COUNTY, CA (Jan. 18, 2023) — It’s been a wild ride for the Diablo Valley since New Year’s Eve as nine (count ‘em, NINE) atmospheric rivers including a bomb cyclone or two battered California leaving much of the state under water and mud.

But despite the furious weather, Concord, Clayton and Pleasant Hill mercifully escaped the catastrophic floods and mudslides that hit the central part of the state so hard. Damage was largely confined to backyard gazebos, fences and leaky roofs.

County public works and maintenance crews in all three cities worked around the clock clearing trees downed by high winds, patching potholes and scraping mud off the roads.

In Clayton, Mt. Diablo Creek overflowed its banks in several places along the Cardinet trail potentially causing expensive erosion along the paved trail. The city was still assessing the damage at press time. Mudslides intermittently closed rural Marsh Creek and Morgan Territory roads. Both roads were still closed to through traffic Monday. Residents could get through with identification.

County public works and residents were keeping a close eye on the slipping hillsides on Morgan Territory where a major landslide in 2017 closed the road for several months.

Flooding in the three cities was minimal even in the historically vulnerable, low-lying areas of Concord and Pleasant Hill. Crews raced to push back a mudslide on Kirker Pass between Concord and Pittsburg that threatened to close the road Monday.