CONCORD, CA—John Bedecarré never imagined that his interest in his family history would become a journey that would take over 40 years, lead to an 850-page book and uncover many stories of the lives that came before him, all while bringing his family closer together.

Bedecarré, a San Francisco native, came to Concord in 1955 and opened Park & Shop Cleaners in the newly built Park & Shop Center. Following service in the US Army during World War II, he had returned to UC Berkeley and met Cathy Reid while they both worked on the student newspaper, The Daily Californian. They married in 1948 and began a family two years later.

While in his early 40s Bedecarré attended a three-day Catholic Cursillo retreat and had an epiphany: he decided to become a teacher. After convincing his wife that he could do this while keeping the cleaners running and helping raise their six children, he enrolled in the credential program at Cal State Hayward (now East Bay).

During his career he became a well-loved, award-winning teacher and formed long-lasting friendships with students, some of whom he is still in touch with through Facebook and Christmas cards.

He taught kindergarten through high school at some point during his 20 years with the Mt. Diablo Unified School District. He later went on to teach with his wife in the credential program at Saint Mary’s College in Moraga for 10 years.

While teaching social studies at Oak Grove Intermediate School in Concord, he met substitute teacher Max Coppage, who was president of the local genealogical society. Coppage, also a WWII veteran, talked about genealogy and Bedecarré, who knew very little about his own family history, became intrigued. Thus, began his own genealogy journey when he was in his 50s.

He and Cathy, who became a 4th grade teacher after John began teaching full-time, combined family vacations with opportunities to do research, stopping at such places as the Mormon Church archives in Salt Lake City, Ohio’s Belmont County Genealogical Society and the Allen County Public Library in Fort Wayne, Indiana. They collected photos, documents and stories. Bedecarré joined the California Genealogical Society, which helped him continue his research. 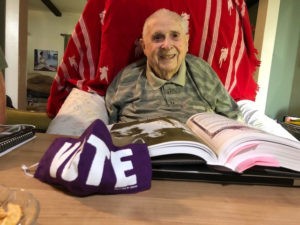 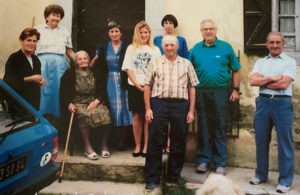 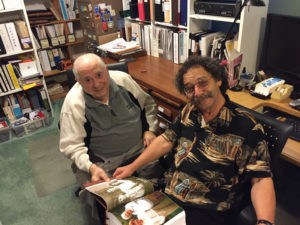 Bedecarré’s grandfather John Pierre Bedecarrats immigrated to San Francisco in 1890 and later opened J. Bedecarrats French Laundry. John Bedecarré’s mother Gladys did not like the ‘rrats’ at the end of the family name and changed it to Bedecarré.

With the help of John Maestri, a genealogical researcher and writer that Bedecarré met through the Mt. Diablo Genealogical Society, Bedecarré eventually traced his grandparent’s families back 400 years to small villages in the Basque region of France, a half-hour train ride from Lourdes, a major Catholic pilgrimage site. Bedecarré is a charter member of the Mt. Diablo organization.

On his mother’s side, he found roots back to Wales. Bedecarré and his wife eventually researched many branches of his family tree as well as her family, the Reids and Sloyans, who came from Scotland and Ireland.

In 2013, Bedecarré hired Maestri to help him compile all of the history into a book. The Bedecarré offspring helped with the book, which took about three years to complete. Daughters Corrinne and Diane helped with research and compiling information, eldest son Jay edited the book, Bill handled all technology issues, youngest son Al and his wife Claire translated correspondence with French relatives and Tom financed its publication.

“It was a fun, family project working on this with dad,” said Corrinne, a philosophy professor at a Minnesota college. “Our book was a labor of love and a family project founded in the great archives dad and our mother collected and organized over the years.

“From the days of searching graveyards, writing letters to those mentioned in a genealogical newsletter from Ohio or spending hours at libraries…He and Mom embraced computers, the internet and photo software to better search, communicate and save the histories they followed. They were a team in everything they did and in their interest in history, family and politics they found the journey fascinating.”

The book contains hundreds of photos, documents, newspaper articles, letters, stories written by family members and bits of historical context. Each chapter begins with an introduction of a particular branch of the family tree.

When you embark on a family history project, you never know what you might find. As Maestri said, “the most enjoyable part is solving mysteries.” You might discover the identity of people in old family photos, or, as in Bedecarré’s case, a grandfather who was an inventor and patent attorney with 18 of his own patents. You may discover relatives in a foreign country and get the chance to walk in your ancestors’ footsteps. 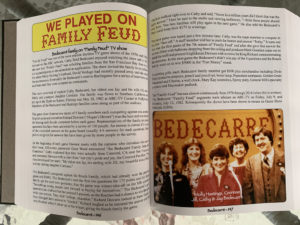 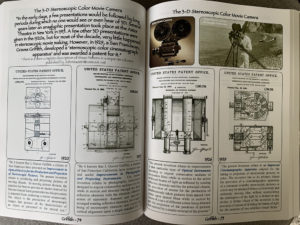 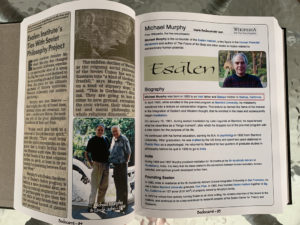 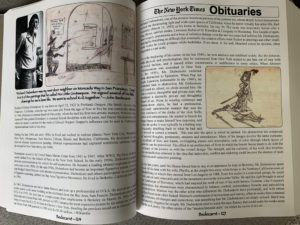 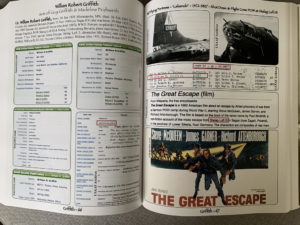 You could also uncover secrets. Bedecarré discovered a story about his beloved grandmother Sadie (Ambrose) Griffith that he never could have imagined. “My grandmother raised me and my sister. She was like a saint to me, so loving, wise and kind. It was fascinating to find a secret from her past.

“Sadie was kicked out of her home at the age of 19 by her mother after being ‘found in a compromising position with a young man.’ She found refuge with family friends in Iowa and, soon after, this man (12 years her senior) followed her and married her.” This man, who became Bedecarré’s maternal grandfather, was Graves Griffith, the inventor. 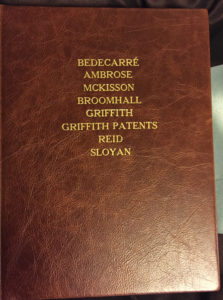 Bedecarré provided a copy of the book to the California Genealogical Society & Library. He received a thank you letter calling it “a uniquely beautiful and informative volume that will not only aid in research but will inspire other family historians trying to preserve their own stories.”

In addition to facilitating the compilation, printing and hand binding of the Bedecarré Family History book, Maestri also set up a website for the family. Now 98-years-old, Bedecarré created a family heirloom for generations to come with this book.