CONTRA COSTA COUNTY—Dr. Adam Clark has concluded the first two months on his new job as Mt. Diablo Unified School District superintendent and it has certainly been an eventful time.

For the first time ever MDUSD and nearly every other school in the state began this term with distance learning. Locally, the 29,000 students from Pre-K to high school resumed the educational journey they suddenly began last March when the coronavirus pandemic first shutdown on campus learning.

The difference—and it’s a big one—is that when school began last month teachers were in charge of classes with different students than what happened last spring. Then, students and teachers had been together for seven months and the challenge was to complete the 2019-20 school year with online lessons.

Now, students in kindergarten, sixth and ninth the grades are at new schools, where they have never taken a class on campus and with teachers they most likely have never met, except on a computer screen. Conversely, teachers are instructing student they don’t know. Clark mentioned how challenging it is for those “transitional students” going into elementary school for the first time and similarly those moving to middle or high school.

Clark, his administrative staff and teachers do have the lessons learned last spring and experiences shared since then with others in the educational field as they embarked on this new school year with a plan for distance learning.

“There’s always going to be hiccups [with the start of school],” Clark said in a socially distanced, in-person interview recently with The Pioneer in his office. He cited usual issues such as summer work projects not being completed and new staff assimilating. However, for these circumstances “there’s no roadmap,” Clark said. 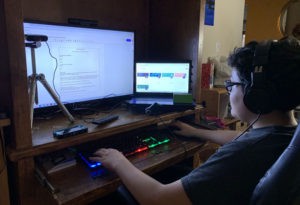 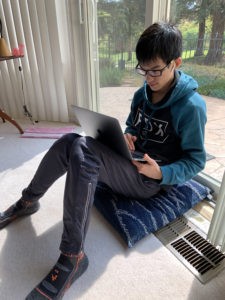 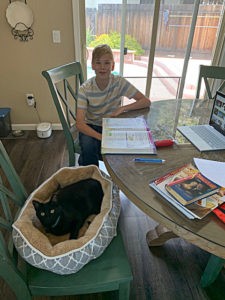 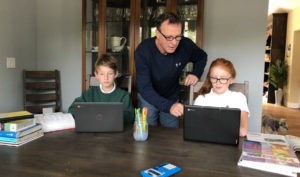 “Students feel excitement for a new school year. It breaks my heart for the experiences students are missing out on. Kids need routines.” He called himself “a routine person. You can set your clock by my routine. He says that cannot be provided now to students without set class schedule, recess or PE, sports, music and drama and all the other extra-curricular activities schools offer.

He says those extra-curricular activities often “leads to class work,” especially for many high school students.

Clark says he’s “a glass half full type person” and is confident MDUSD staff and teachers will make the best of this challenging situation.

The District has purchased thousands of Chromebooks (at $400 to $600 each) to make sure “the most vulnerable” of students and families are able to fully participate in remote learning. He mentioned children who are homeless, from non-English speaking or group homes, foster children and special ed students who are “most vulnerable” and in the most need of technological assistance to make learning in this environment possible.

Clark added that the district has tried to address the technological challenges teachers face working from home. That is doubly true of those who have their own children at home doing remote learning. A number of teachers this year are instructing online from their school classroom. From his observations in the early weeks of school that number varies greatly from campus to campus.

The new superintendent explained that all school parking lots now have internet service as a stopgap place for families without any or adequate internet service in their homes. “It’s an equity issue,” Clark said. “In many family homes, connectivity issues are challenging in regular times.” Now, with all students and, in many cases, one or two parents also working from home, having enough bandwidth and devices to serve a family can be daunting.

Clark estimated that 35% of MDUSD students are in the free or reduced meal program. He was encouraged that the federal government had just given MDUSD the greenlight to resume feeding eligible students with daily distribution at most campuses.

He mentioned that it is anticipated a significant number of parents would not allow students to return to campus at this time. And, probably not at all until a vaccine is readily available. That would require continued remote instruction for those students. There would be staff and faculty who also feel that way.

Then, there are limitations on the number of students per classroom (one teacher for 12 to 14 students, depending on grade level) that might overwhelm the capacity at school sites and exceed the available faculty at each school.

Enrollment figures for the 2020-21 school year haven’t been finalized. But the pandemic has brought about “a dip in elementary school, especially kindergarten classes.” Clark explained that since kindergarten is not a requirement for entering first grade and the district is seeing some parents not enrolling students this fall. On the other hand, he sees a “huge increase” in high school enrollment. District staff is reaching out to parents to get feedback on both those trends.

The state is using last fall’s enrollment numbers, so these disparities will not impact funding to MDUSD.

Clark is also pleased that a settlement was reached with the teacher’s union, ending a stalemate of over two years between contracts. He adds that negotiations will start “pretty soon” as the new agreement expires at the end of this school year.

The superintendent credited “parents and families for making all kinds of sacrifices for their most prized possession, their children.” He also lauded teachers and staff for dealing with rules that seem to shift frequently as the government deals with the ebb and flow of the pandemic.