Senior Juarez and junior Silva are part of the Ygnacio Valley stunt team and they were on the sideline this fall cheering for the Wolves football team and both are part of the school’s Health Academy pathway.

Juarez has been involved with sideline cheer since coming to Ygnacio Valley from nearby Oak Grove Middle School. She’s been on the stunt team for three years. Coach Bianca Franco says, “Everyone can agree she is one of the nicest and caring persons on the team.” She adds that Juarez, main base on the team, “spreads cheer on and off the field” and her presence is critical for team bonding and for the team to grow in confidence.

The senior is eyeing a medical career in radiology and will start on that path next fall at Diablo Valley College. This year Juarez is president of the Health Academy and active in YVHS Leadership, Link Crew and CSF.

Silva transferred to Ygnacio Valley for her sophomore year’s spring semester after being part of California Virtual Academy, which was partially done so she could also compete for the California Allstars club cheer  team in Livermore. She’s the flier on the Wolves stunt team—the one you see thrown through the air during stunts.

“She has been a teammate that everyone can count on and admires from her astounding stunts to tumbling to performing, she truly does it all,” said Franco. Silva’s ability to handle her stunt duties might relate to taking part in ballet, hip hop, soccer and, even briefly, martial arts and boxing. 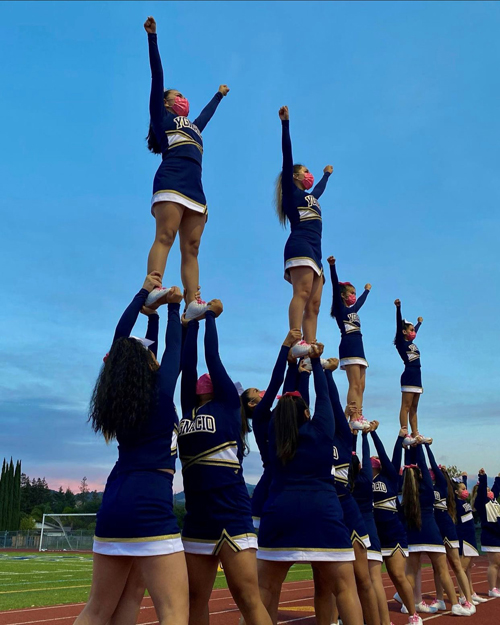 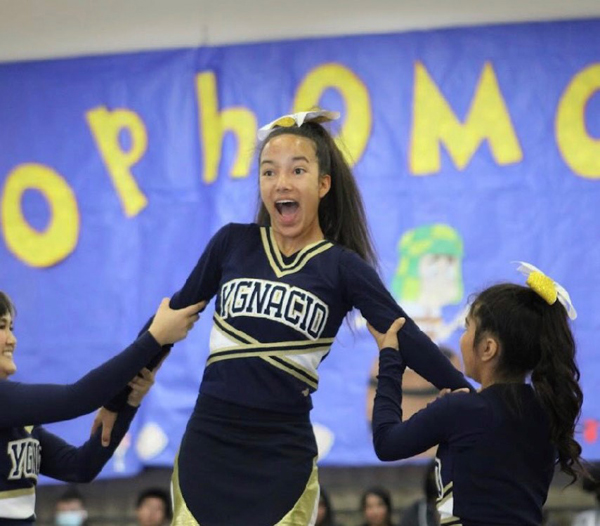 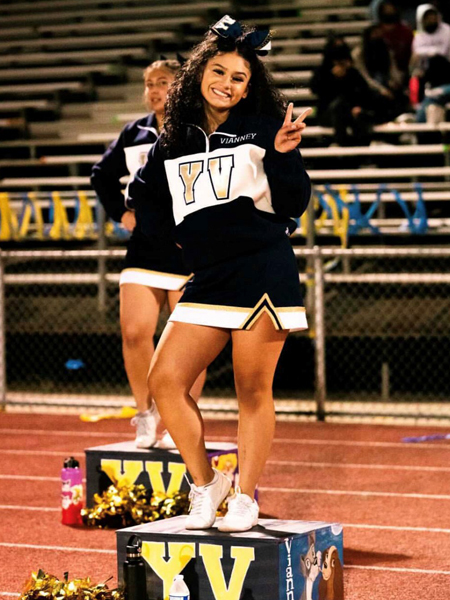 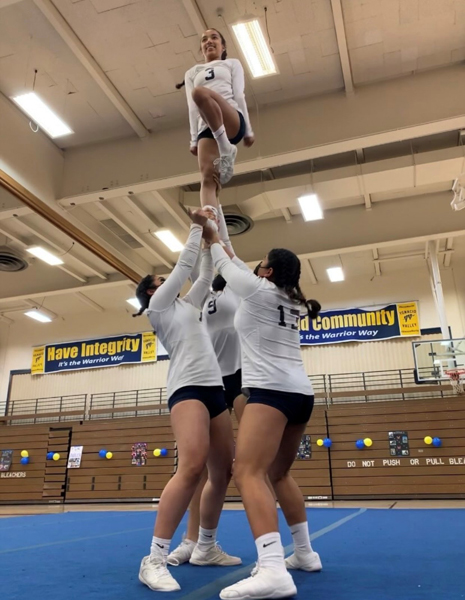 Silva is vice president of YVHS sports medicine this year. She wants to continue her education to become a registered nurse and then a physician’s assistant after completing high school in 2024.

The Pioneer congratulates Vianney and Amanda, and thanks Athlete Spotlight sponsors Dr. Laura Lacey & Dr. Christopher Ruzicka who have been serving the Clayton and Concord area for over three decades at Family Vision Care Optometry.