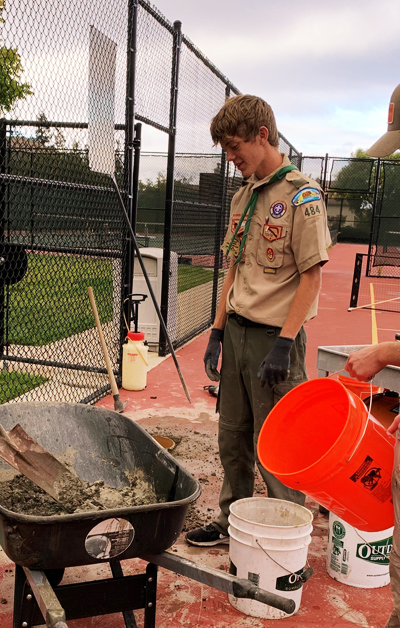 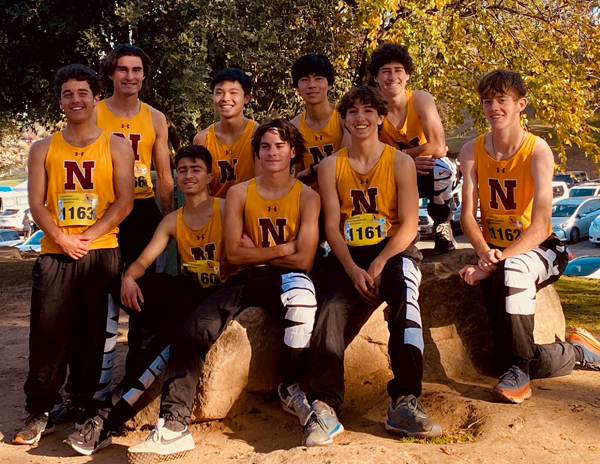 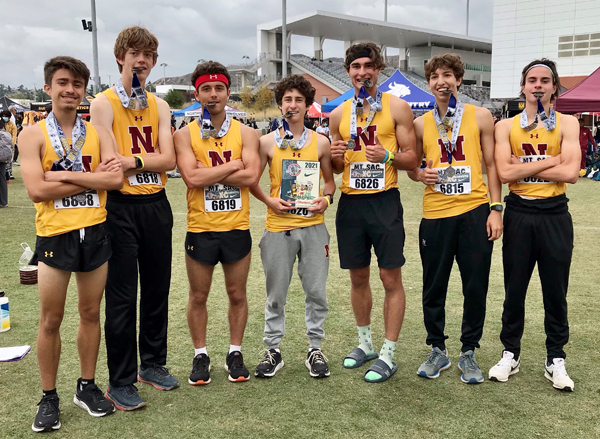 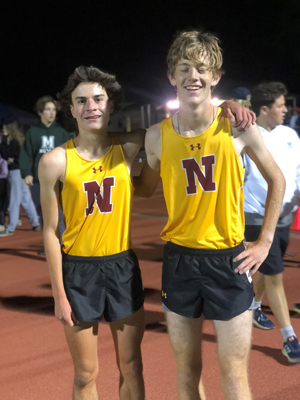 High school athletes have been buffeted more than most since COVID-19 became part of our vocabulary in March 2020. Seasons got canceled entirely, and others ended up condensed into abbreviated versions. This year’s senior athletes have been able to pretty much return to normalcy in their sports and LaVay has taken full advantage.

Last fall he wrapped up his final Northgate cross country season. During the pandemic he had joined his teammates in working hard each day in small cohorts. They ran daily during that period. Even when the team couldn’t physically meet, he ran the hilly trails near his Crystal Ranch home through the worst days of the pandemic.

Coach Ruth Seabrook said, “This hard work and dedication brought him a tremendous senior year which has seen him represent Northgate at the CIF State Meet and prior to that win the oldest cross country invitational in the country, when the Broncos won the Division 1 category of the Mt. SAC Cross Country Invitational.”

He was also awarded his Eagle Scout in November.

This spring, LaVay is a rare two-sport athlete on the Northgate golf and track teams simultaneously. Seabrook says, “I guess the world opened up and he wanted to expand his choices as they had been limited for so long.” As well as performing on the school’s varsity golf team, he’s running track five days a week and is a point scorer for the Broncos in both the 1600- and 3200-meter races, recently getting a big PR in the eight-lap race at the Dublin Distance Fiesta.  Along with scouting and sports LaVay works just as hard in the classroom and is currently weighing colleges to study engineering with Colorado and Arizona State being front runners.

The Pioneer congratulates Andrew and thanks Athlete Spotlight sponsors Dr. Laura Lacey & Dr. Christopher Ruzicka who have served the Clayton and Concord area for over three decades at Family Vision Care Optometry.