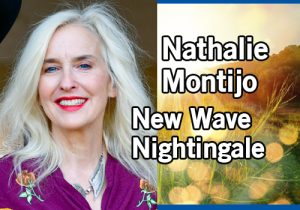 He recently acquired hearing aids and is working through the often-challenging adjustment period – but more on that later.

Like many older adults, Frank has experienced progressive hearing loss and decided it was time to take action. Hearing loss is one of many less than pleasurable manifestations of aging, and Frank wanted to remind his fellow readers that it can be successfully addressed.

Clinically referred to as presbycusis, age-related hearing difficulty begins with barely perceptible hearing loss and continues, inexorably, over a long period of time.

First, a little review of the science. Sound moves in waves measured in two ways: frequency and amplitude.

Amplitude is the forcefulness of a sound wave called a decibel (dB). Normal (not too animated) conversation measures at roughly 65 dBs. Noisy city traffic weighs in at about 85 dBs and can cause hearing damage after about eight hours of continued exposure. A motorcycle roaring by is about 100 dBs and can precipitate hearing damage within 15 minutes. Sounds measuring over 120 dBs, such as a chainsaw, can cause immediate damage.

We measure the frequency of a sound wave in Hertz (Hz). Basically, the higher the number of Hertz, the higher the tone. As we age, high frequencies are the first to go. A tone of 17,400 Hz (very high) is audible only to those 18 or younger. A 15,000 Hz tone is generally inaudible to those over 40, while 12,000 Hz is not often heard after age 50. Things level out at 8,000 Hz, which tends to be audible to people of any age who have not experienced significant hearing loss.

Presbycusis is insidious – many have no idea it is happening until someone asks why the television volume is so loud. Other easily overlooked “tells” include difficulty following conversations with multiple speakers and the inability to hear voices over the phone. Those experiencing hearing loss often cannot clearly hear the conversational tone of people with higher pitched voices.

Left untreated, hearing loss can contribute to social isolation and clinical depression. It is also linked to increased risk for cognitive impairment and dementia. Luckily, most insurance covers very effective hearing aids when recommended by an audiologist after a diagnostic exam.

Modern hearing aids are tiny, battery-powered devices that fit into the ear relatively unobtrusively. Gone are the large brown protuberances announcing to the world that a person is hearing impaired.

Hearing aids have traditionally been very expensive, but FDA approval of over-the-counter (OTC) options in August is an exciting development. Consumers 18 and older with mild to moderate hearing impairment can now purchase air-conduction hearing aids without an exam or prescription. These should become widely available toward year’s end.

Waiting for your brain to catch up

Now back to Frank. While one might surmise that recovering lost hearing would be a thoroughly joyous occurrence, it is not that simple. The adjustment process can be fraught with frustration and challenges. It is also unique to the individual.

Frank has struggled to become accustomed to the sound of his own voice through the hearing aids. The brain needs time to recalibrate and relearn to selectively focus and filter sounds.

Hearing aid providers caution that the brain’s period of adjustment may produce “auditory confusion” due to years of distortion caused by hearing loss. They advise patience, rest and perseverance.

Frank is now three months into the experience and reports that things are going very well.

“They’re in the process of changing my life,” he says, beaming. “I no longer have to ask people to repeat themselves two or three times. I’m hearing things I haven’t heard in years – maybe ever.” 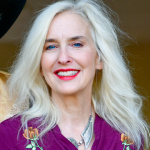 Nathalie Raven Archangel-Montijo holds a rather interesting array of degrees and certifications, including master’s in nursing and traditional Chinese medicine (TCM). She has post-master certification as an adult geriatric primary care nurse practitioner (AGPCNP) and a license to practice acupuncture in California (L.Ac). To round all that out, she is certified in infection prevention and control (CIC) and as an advanced certified Hospice and palliative care nurse (ACHPN).