CONCORD, CA (Nov. 18, 2022) — When a group of long-time Concord residents started the Concord Historical Society in 1970, they had two spaces to choose from for their meetings…the kitchen table or the living room of Ruth Galindo’s landmark Concord home.

Now, 52 years later, the local historical society is getting ready to unveil its long-desired permanent home with a free grand opening of the Concord History Museum this Saturday and Sunday, Nov. 19 and 20, from 1 – 4 p.m. that will feature a model railroad display running through the middle of the second-floor museum.

And this museum is just across the garden lawn on Clayton Road from the Galindo Home where the dream was first envisioned all those decades ago.

Adding to the festivities, the Concord Historical Society Holiday Market is open Nov. 19 and 20 from 10 a.m. – 4 p.m. in the Event Center’s Main Hall with a variety of jewelry, food, artwork, photography and other exhibitors offering handmade goods which make excellent holiday gifts.

A brief tour of the museum’s “Concord History 101” exhibit last weekend showed among the historic items, a display case with memorabilia for Concord native son and jazz great Dave Brubeck and another of the Concord Pavilion.

So far, there is little to no mention of the long sports history of Contra Costa County’s largest city and the 20-time world champion Concord Blue Devils, among other topics that will surely be memorialized more fully over the years. 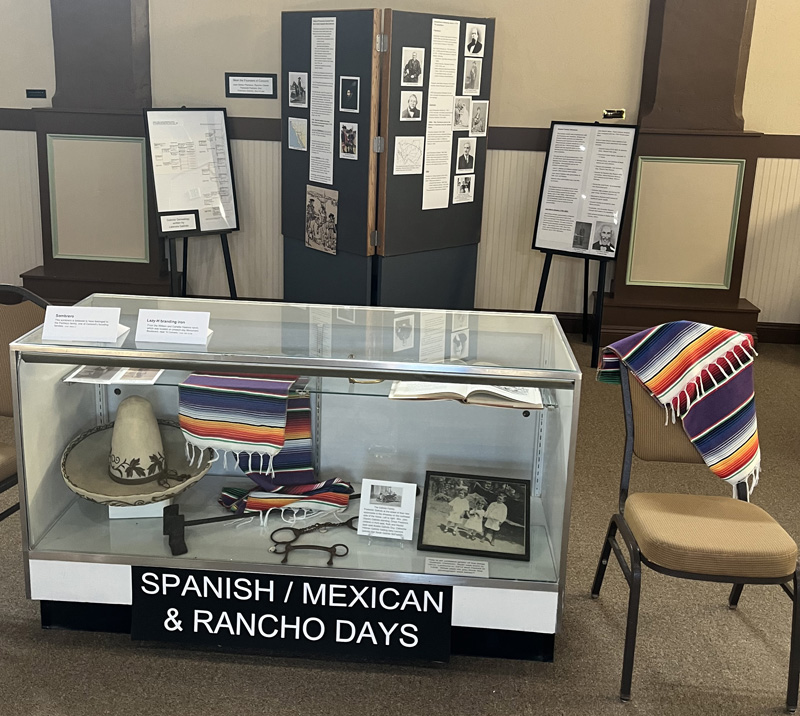 An interesting display shows the marketing brochures complete with floorplans and prices for many of Concord’s neighborhoods built during the 1950 and 1960 boom years when the population exploded from less than 7000 in 1950 to the 1970 census total of 85,000. Dana Estates, Holbrook Heights, Sun Terrace East, Canterbury Village, Clayton Valley Highlands, Bishop Estates and Hillcrest all offered new homes for much less than it would take to put solar on any of those roofs today.

Getting to this significant milestone involved so many steps when the entire project could have fallen apart for legal and financial reasons. Volunteers over the year had battles with the City of Concord and there’s still lingering resentment among some about the role and support (or lack of) the city played in the process.

The list of people who played key roles over the journey of bringing this weekend’s opening to fruition is long, but must include Lloyd Crenna, Chuck Gabrysiak, Lind Higgins, Carol Longshore, Kay Massone, Paul Larson, Jim and Jan Trolan, Jim Serventi, Marc Willis, Dave Gagliardi and many others who served as volunteers, fund raisers, donors and cheerleaders for the Historical Society’s efforts. 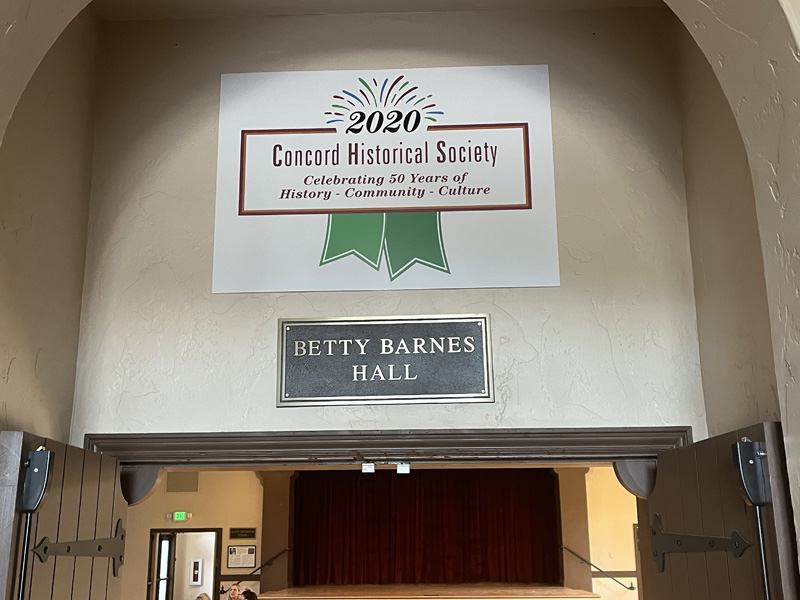 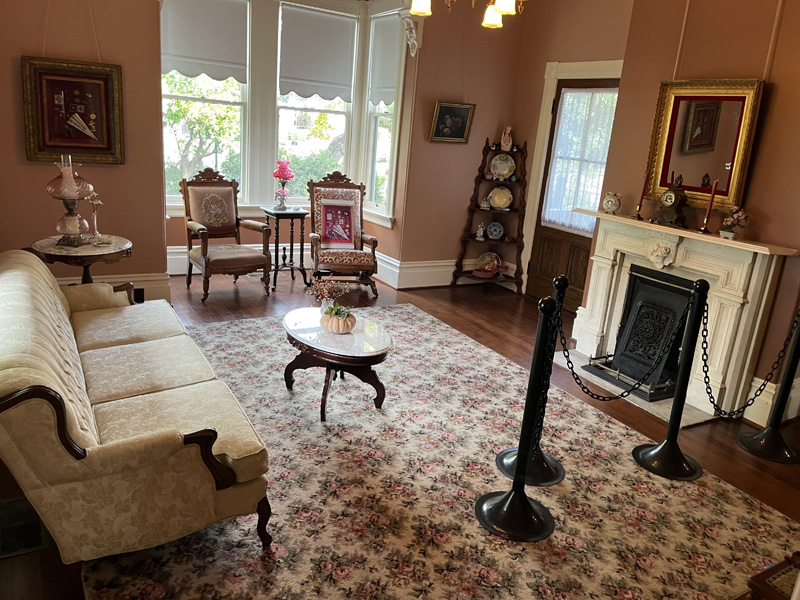 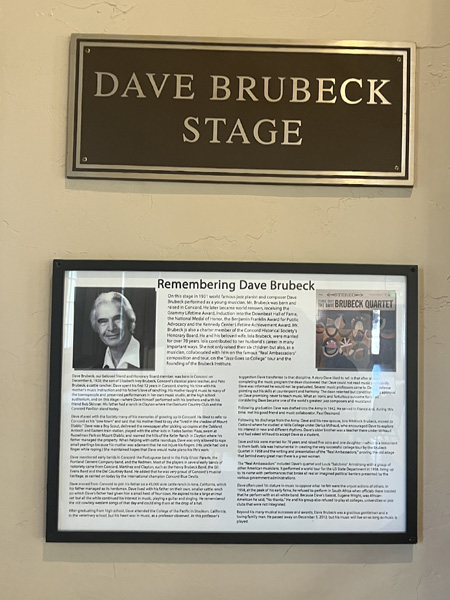 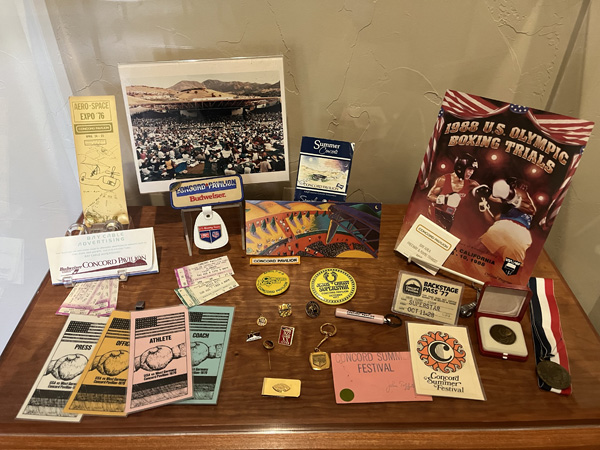 1835 Rancho land grant given to Juan Salvio Pacheco covering 17,900 acres of what is a large part of Concord today.

1869 Concord was founded as Todos Santos (“All Saints”) by Juan Salvio Pacheco.

Oct. 1928 Masonic Hall was dedicated and built at 1765 Galindo Street. That year is remembered in the current address of Concord History Museum at 1928 Clayton Rd.

1970 Concord Historical Society was founded and would meet in Ruth Galindo’s living room or around her kitchen table in the Galindo House. Younger sister Leonora Galindo Fink was also involved in the formation of the society.

May 20, 1988 Don Francisco Galindo House was added to the National Register of Historic Places.

1990 Historical Society opened first location of History Resource Center at 1601 Sutter St. in building owned by City of Concord for $50 monthly rent. All of its archives were moved out of various storage sites into the building.

1990s Masonic Order sold the building, which eventually went through multiple owners as development plans failed to materialize. Gallery Concord had exhibits in the building for a number of years.

Dec. 25, 1999 Ruth Galindo died and, per her will, the City took ownership of the Galindo Home and the 1.5-acre property at 1721 Amador Ave., adjacent to what years later became the new location of the Masonic Temple.

Sept. 2010 Historical Society took possession of the Galindo Home at 1721 Amador Ave. from the City of Concord and began restoration of the historic home.

2010 A second agreement at that time between the City and Historical Society gave the Society three years to move the Masonic Hall building off redevelopment property or forfeit rights to stop demolition of the building (see March and May 2013).

March 2013 Historical Society bought the vacant property next to Galindo Home from Dr. Jim and Terry Partington for $350,000 to relocate the Masonic Temple. (The couple donated $25,000 to the Society.)

May 2013 Masonic Temple was moved 400 yards from Galindo St. to current location 1928 Clayton Rd., just before a contractual deadline would have allowed for its destruction. Officially, the society paid $1 for the building. The 50-foot-wide structure was moved onto a 60-foot-wide lot. Expansion and renovation of the building in the ensuing years included adding a catering kitchen, basement for storage, elevator and second stairway to meet safety codes. 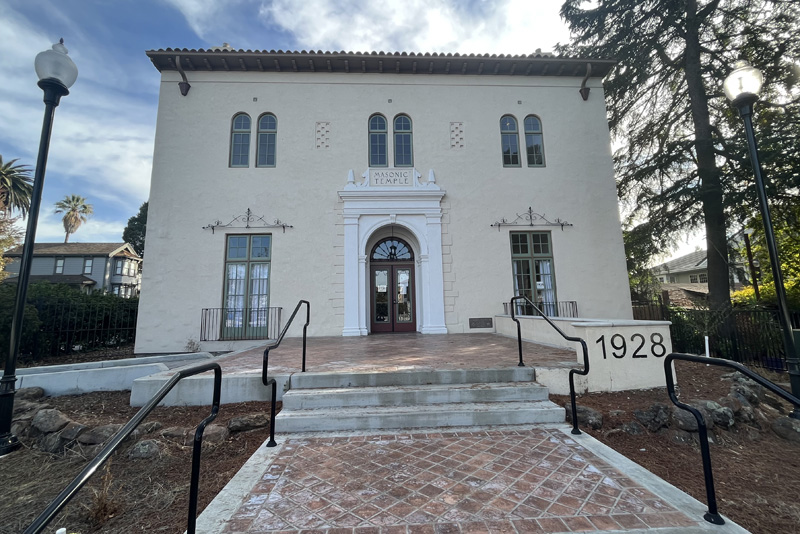 Nov. 19-20, 2022 Concord History Museum officially opens with its first exhibit and a fund-raising Holiday Sale on the ground floor in the Event Center. Completion of the restoration took place in 2021 and this year.