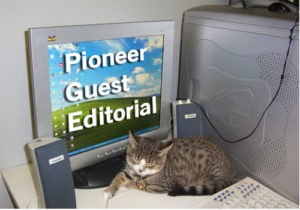 CONTRA COSTA COUNTY, CA (Dec. 15, 2022) — The average home in Pleasant Hill costs $900,000, and a million in Clayton. Would you have been able to move here at those prices? Are you worried that those who grow up here won’t be able to buy a home and start a family here?

I doubt it’s news to you that California has a housing crisis. It’s a decades-old issue that doesn’t seem to be improving. But there are things our communities can do to make the problem better, or at least ensure it stops worsening.

A core reason housing is so expensive here is that the land itself is valuable, and cities put cumbersome restrictions on what can be built on that land, restricting it further. Therefore, a relatively simple way to create cheaper forms of housing is to allow people to build more of it on the same plot of land. This not only makes housing cheaper, but more flexible for those just starting out in their housing journey and looking to buy a starter home, or those looking to downsize in retirement without having to move out of their home community.

Building housing more densely doesn’t just make it cheaper, it is also good for the environment. Much of the traffic and emissions in our area are caused by people commuting long distances because they can’t afford to live any closer to their jobs. It seems counterintuitive that adding residents to your city could reduce traffic. But allowing people to live near work and near other services they use every day, like daycare or the grocery store, reduces traffic by putting people closer to the places they want to go.

Every eight years, the state requires each city in California to submit a Housing Element document outlining how and where their community will build housing, as well as studying past barriers to it. Cities in Contra Costa Country must have a Housing Element submitted and approved by the state by Jan. 31, 2023.

The state recently rejected Clayton’s draft for, among other reasons, failing to adequately plan for lower-income housing. The state requires cities to plan for lower-income units at a density of 20 dwelling units per acre – think townhouses or two- to three-story apartment buildings. Many of these affordable housing units would be reserved for households making less than about $80,000, including our essential community workers like teachers and first responders. How many workers with these jobs can afford to live in Clayton today? We have the chance to provide homes for them in the community they serve.

While Clayton revises its draft, Pleasant Hill recently published a draft for 30 days of public review before being sent to the state.

If you live in Clayton or Pleasant Hill, you have a chance to influence the future of your city, and I encourage you to tell your city officials to take this process seriously and prioritize building housing that takes up less land, making it easier for those who work in our cities to live here, reducing their commutes and creating a better, more livable city for all residents.

Max Davis is a Bay Area housing advocate. He is a member of the East Bay for Everyone Board of Stewards and a lead with the group Urban Environmentalists. Email comments to maxwellwdavis@gmail.com.