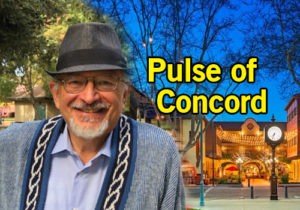 CONCORD, CA (July 15, 2021) — Emerging from the scars of the pandemic and the shadows of the tombs of 600,000 of us, including some of my friends and no doubt some of yours, we have a new beginning.

As with most beginnings, we are reminded that while each wave may have its starting pulse it is part of the great ocean of movement that propels us forward. Locally. we have before us a host of things great and small that we will focus on and see where the tide takes us.

The homeless: We do not have “a” homeless problem, we have many problems dealing with homelessness. Likewise, the search for solutions is complicated by everyone’s wants, needs, willingness and costs. Will the new structure of the shelters and expanded outreach teams make an impact?

The base: We have three new contenders whose first public interviews will be Aug. 21. Locals and Wall Street, newer developers and generational will all be on display. What will they be able to do with the project?

The Coast Guard Villages: The Feds finalized the sale, and the buyers are going into the refurbishment phase to get the 286 units on the market as fast as possible. This could be the first offering of major numbers of three- and four-bedroom apartments in more than a decade.

Redistricting: We have a Constitutional requirement to adjust representation based on raw population numbers of all residents regardless of age, status or even if they are Dodger Fans with cats. The political knives may be out in force and battle with Communities of Interest. Concord’s city districts will be reviewed as well as the county supervisorial districts and every special district, such as a school district, that has subsections. More recently drawn districts, such as the Mt. Diablo Unified School District one done last year, may not need changes but simply reaffirmation.

Road repair: Finally, we have a funding plan that will improve the rating of our roads over the next five years with almost $140 million in repairs and replacements. Not everyone will be happily surfing this wave because with 311 miles of roads, there is always those that are not reached fast enough or even splashed a little.

Crime: With an increase in crime across the country and with an election year coming, the issues of community safety, accountability, deterrence and effectiveness will echo on down the months. We will have the story of drones in police service and the introduction of a proactive, local Mental Health Response Team to try to prevent crisis, as well as the enhancement of similar emergency response teams for active crisis events.

Political stuff: Will we move to electronic reporting locally or continue to massacre large numbers of trees with paper reporting? Will there be another call for a directly elected mayor or a change in the reporting periods that puts us out of sync with the state?

Through all of this, the Pulse of Concord will be taking your views into our surveys and echoing them out so we can have a glimpse of the range of views in our diverse city.

Send your suggested neutral questions on these or other topics to EdiBirsan@gmail.com.

The views contained herein, where stated or misspelled, are the fault of Edi Birsan individually and are not reflective of any organized or governmental body. (They are sometimes not overlapping concepts.)