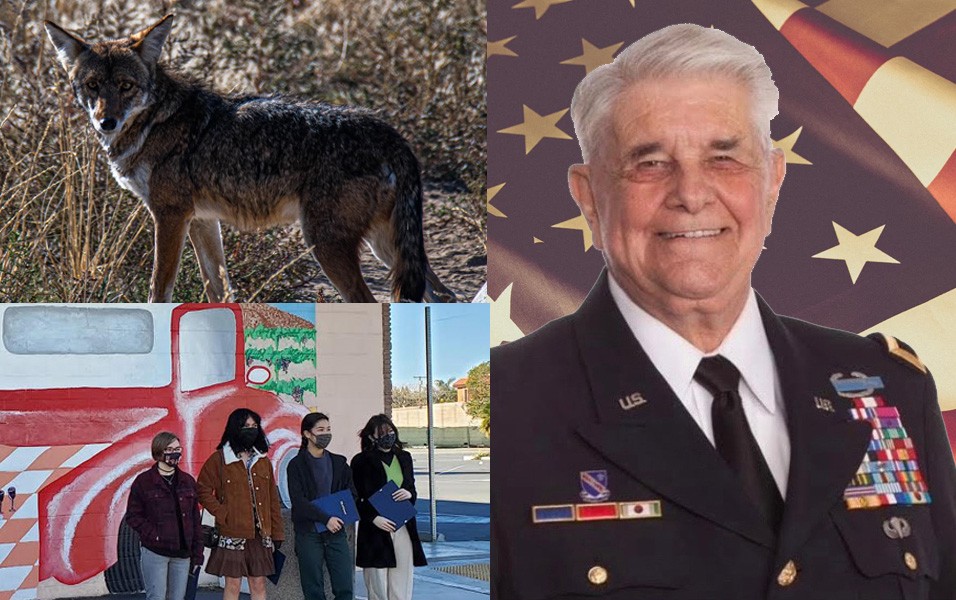 After serving on the Concord City Council for eight years starting in 1968, Helix was appointed again in 2010 and a won another term in 2012.

“The impact he made on the city of Concord continues to be felt today and will serve the city’s residents for years to come,” said U.S. Rep. Mark DeSaulnier, who is also a former mayor of Concord.

Wildlife workshop: With wildlife officials removing an aggressive coyote blamed in several attacks on humans in the county, state agencies plan an online seminar March 26 to help residents reduce future conflicts. The state Fish and Game Commission and Department of Fish and Wildlife will announce additional workshops at a later date.

Tick patrol: Ned MacKay of the East Bay Regional Park District offers tips to avoid ticks while enjoying the great outdoors. He also details what to do if you’re unsuccessful and one follows you home.

Off the wall: Art students from Clayton Valley Charter High School enjoyed working on a Tuscan style mural at Parma Deli in Concord. Senior Emma Postlethwaite proposed adding a picnic in a pickup truck to the vineyard-scape.

Olinda – the California ghost town that never was.

Carrot and 20 other homeless dogs with heartworm get special treatment at ARF.

Each week, the Concord Clayton Pioneer posts a summary of our news stories called “So This Happened…” If you would like to check out past weekly roundups, click here.