CONCORD, CA (Jan. 20, 2023) — When the Mt. Diablo Unified School District decided to reopen Holbrook Elementary School in Concord there were four options for its structure and programming. Community input helped shape the final determination to make the school a magnet language academy, thus encompassing two of the four choices.

That was six years ago, and a recent campus visitor remarked on the “joyful, happy and beautifully behaved students” she encountered at Holbrook Language Academy.

Diana Essex-Lettieri went to great lengths to enroll her two children in Holbrook for this school year after moving to Benicia from Oakland in the summer. She and her husband Antonio are “really happy to have our children part of a very special community.”

New principal Silvia Orellana Barrera oversees 419 children from TK through eighth grade in Holbrook’s dual immersion program. That number is split almost evenly between students who speak primarily English at home and those who speak Spanish.

MDUSD had closed Holbrook and nearby Glenbrook Middle School in June 2011 as a cost-saving measure with both schools experiencing reduced enrollment. The decision was made to reopen Holbrook in fall 2017 and the District spent time determining its structure before choosing the magnet language academy model with instruction in Spanish and English. 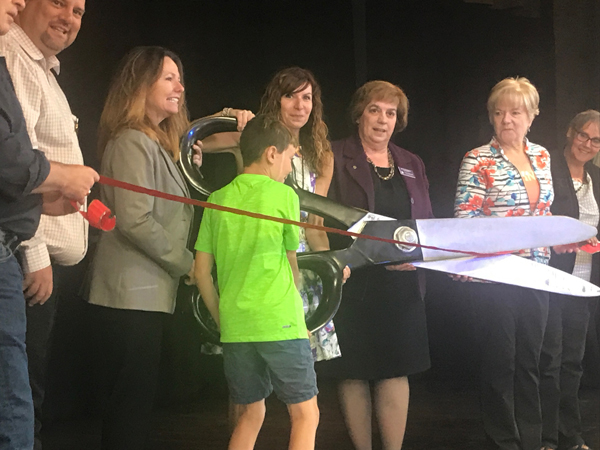 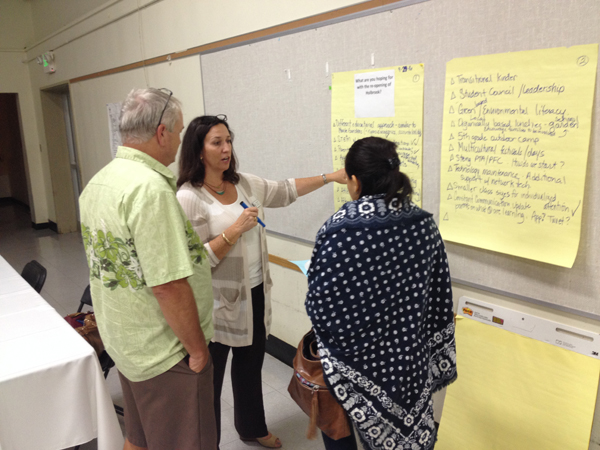 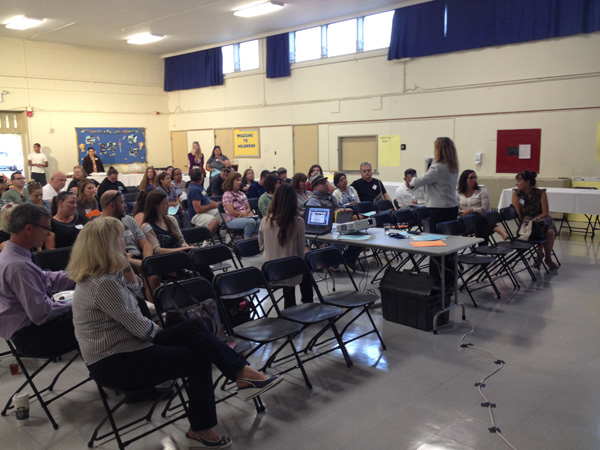 Now, nearby Wren Avenue Elementary School of the Arts and Sun Terrace STEM Magnet School form a trio of magnet schools in North Concord with Holbrook, drawing students from throughout the district and beyond to the specialized curriculum at each school. Wren and Sun Terrace are both TK through fifth grade sites.

Principal Orellana says students come to Holbrook from Walnut Creek, Martinez, Bay Point and Pleasant Hill in addition to Concord. The Essex-Lettieri family did extensive research in anticipation of their move which led them to enroll son Raffa in TK and daughter Luciana in third grade to continue the dual immersion education they had in Oakland. “Our student’s three Holbrook teachers are amazing,” she said.

MDUSD Chief of Educational Services Jennifer Sachs says that Holbrook is designed to not only make the students bilingual and biliterate (reading and writing) but also multicultural. “We’re very proud of this welcoming, very special place Holbrook has become,” she said.

Orellana came to Holbrook this fall from her first principal’s job at Ygnacio Valley Elementary, which also has a dual immersion program. She says the Holbrook program aims students toward high academic achievement and cross-cultural competence. “Our program brings our students flexibility of thinking, higher problem-solving skills and higher test scores while fostering a true global citizenship sense.”

Essex-Lettieri says her children are at Holbrook not only because of the family’s dedication to bilingualism but for the bicultural environment there. “It’s a gift we’re giving our children [going to Holbrook],” she said. The parents switch off making the 20-minute commute each morning and afternoon from Benicia where they both work from home.

Holbrook reopened in 2017 as solely an elementary school with grades TK through fifth. In the 2019-20 school year the district added sixth grade and in the subsequent two years seventh and eighth grades so that the class of 2022 last spring was the first-ever to have students promoted to high school from Holbrook. Seventeen current eighth graders will be promoted this spring, most of whom having spent the last six years there. 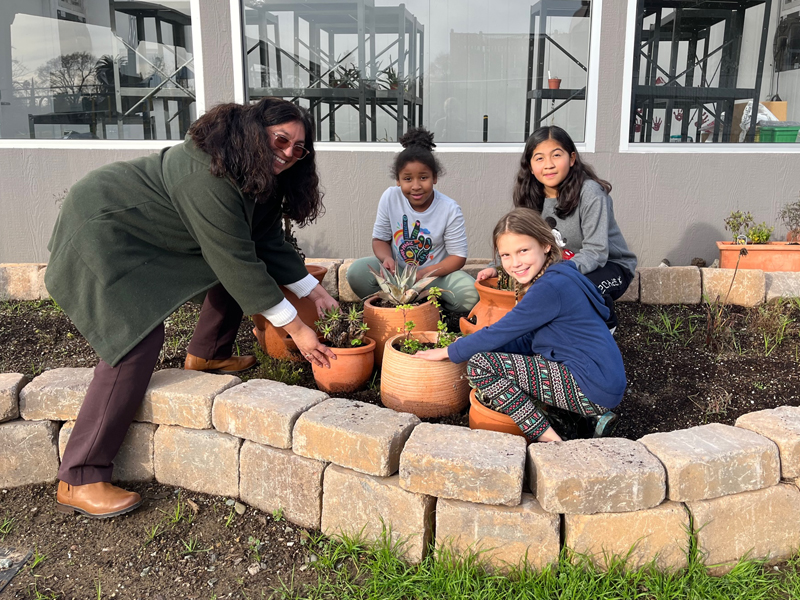 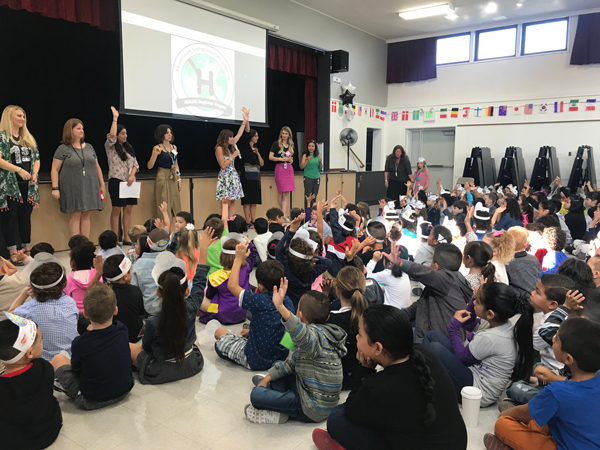 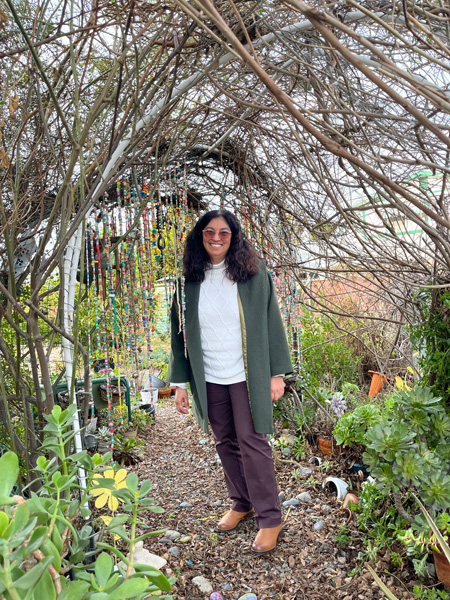 The C.A.R.E.S. Expanded Learning After School Program at Holbrook held outdoor classes in the school’s Secret Garden in pre-COVID days. When the pandemic removed on-campus learning, the garden beds at Holbrook started to dry up and become overgrown.

With students back on campus full time the community and local businesses rallied to restore and expand the outdoor classroom experience for students in all grades at the language academy. “This part of our curriculum can have a long-lasting effect on our students,” Orellana said.

In October and December there were community events to “give some much-needed love and attention” to the gardens, which include 15 plant beds where students can grow and harvest fruits and vegetables. A third community day will be held this spring. “Students learn the nutritional value of their harvest as well,” the principal said.

In collaboration with the Girl Scouts of Northern California, the Holbrook C.A.R.E.S. Girl Scout Troop brainstormed ideas for the students’ Higher Award and the result was the idea of building a greenhouse to provide a plethora of educational opportunities for students.

Marathon Petroleum’s Martinez Renewable Fuels facility gave a $10,000 grant to Holbrook towards the construction of its Secret Garden greenhouse. A ribbon-cutting last month officially opened the greenhouse adjacent to the Secret Garden. Students and family members had the opportunity to meet with the donors who made the passion project possible.