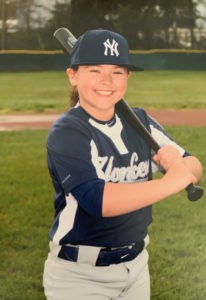 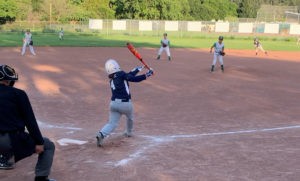 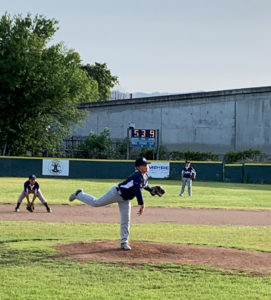 Just as all high school sports came to a screeching halt in March, so did youth sports that bloom in the spring and summer—baseball, soccer and swimming, in particular. Seniors missed their final seasons last spring and now so have 12-year-old little leaguers like Caban.

Set for her seventh year in Concord American Little League, Caban was looking forward to her third and final season playing for the Yankees as the only girl in CALL major division baseball. The incoming seventh grader at El Dorado Middle School in Concord followed in the footsteps of her dad who also played on the Yankees and older brother Keoni in Concord American.

Primarily a second baseman, Caban also played some outfield. She bats left, throws right and was on league all-star teams the past two seasons. Next year she will move up to the 50/70 division for 13- and 14-year-olds managed by her dad Shay. In the fall Caban plays Concord AYSO soccer and “definitely wants to play sports” when she gets to high school. Caban hopes that will include the Concord High baseball team, however would consider playing softball although she has never batted against underhand fast-pitch pitchers.

The Oakland A’s fan says Ricky Henderson and Babe Ruth are players she admires but she really does not have any favorite player in the majors now.

The Pioneer congratulates Shay and thanks Athlete Spotlight sponsors Dr. Laura Lacey & Dr. Christopher Ruzicka who have been serving the Clayton and Concord area for 25 years at ­Family Vision Care Optometry. www.laceyandruzicka.com