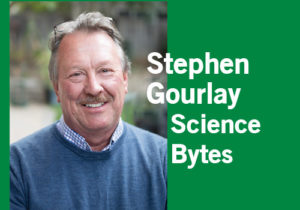 Last month, I described an early experiment to understand the structure of matter.

To recap, Ernest Rutherford used a source of helium nuclei (alpha-particles) as projectiles to probe the structure of the atom (the box).

By analyzing the distribution of particles scattered by the atoms, he concluded that most of the mass of the atom was contained in a very small volume that we now refer to as the nucleus. By now you can guess what the next questions was. What is inside that box?

There has always been a synergistic relationship between science and technology. New scientific discoveries lead to improved technology and vice versa. In this case, scientists realized that they needed particles with higher energies than what could be obtained using natural radioactive sources.

Some early attempts used protons as the projectile. This required the proton to have enough energy to penetrate the positive electric field of the nucleus that is composed of protons and neutrons. Remember our discussion on fusion? In 1932, a team from England and, at almost the same time, a team from the Soviet Union succeeded in splitting atoms by using high voltage to accelerate protons. This worked up to a point, but there was a limit to how high a voltage could be reached before it broke down and created a mini lightning bolt.

The answer to this problem was to use alternating electric fields, essentially high-power radio waves. Radio frequency (RF) can be used to accelerate particles in a straight line (linear accelerator) by giving the particles successive “kicks” as they move down a long tube.

Another concept that was demonstrated by Ernest Lawrence and colleagues was the cyclotron. (In 1931, Lawrence founded the Radiation Laboratory, now known as the Lawrence Berkeley National Laboratory.) He made use of the fact that charged particles moving through a uniform magnetic field feel a force perpendicular to their direction of motion. This means that they will move in a circle with a radius that depends on their energy, or more correctly, their momentum.

The cyclotron consists of a circular chamber with a source of protons at the center. The protons are injected into the chamber and accelerated by an alternating electric field (RF) at the gap between the two “Dees” as shown in the figure below. The chamber sits inside a magnet capturing the protons. As they gain energy at each gap, they spiral out and are extracted.

This concept is still used extensively today for several applications. Berkeley Lab has an operating cyclotron used for nuclear physics, and components of one of the early cyclotrons built at Berkeley now reside at UC Davis.

But particle physicists need even higher energies, and cyclotrons are limited by the necessity of imposing a magnetic field over the whole chamber. Increasing the energy means increasing the size and strength of the magnet and, at some point, it becomes impractical. We’ll look at the solution to that problem next month.

For more on the history and technology of early particle accelerators, visit https://history.aip.org/history/exhibits/lawrence/epa.htm. 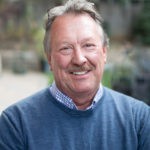 Steve Gourlay is a career scientist with a PhD in experimental particle physics. He recently retired after working at the Fermi National Accelerator Laboratory, CERN (the European Center for Nuclear Research) and the Lawrence Berkeley National Laboratory. Send questions and comments to him at sgpntz@outlook.com.