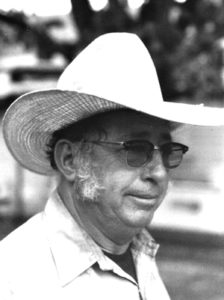 He was the youngest son of Joe and Rose Galvin and was raised on the family ranch, which he lovingly named “Portagee Gulch.”

A long-time cattle rancher in Contra Costa County, he was an active member of Farm Bureau and Operating Engineers, Local 3.

Jerry loved spending time with his family, going hunting, fishing and camping. He was a great mechanic and was on the pit crew of several local racing teams.

He worked hard and played hard. He loved a good joke and was an excellent storyteller, becoming a historian for Clayton and East County. He was a 4-H member in his youth and later became a beef leader and mentored his own children and many others. He loved his family unconditionally.

A celebration of life will be held at a later date.