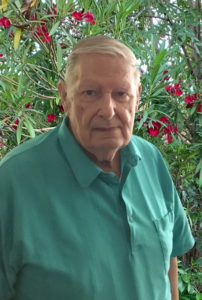 He was born Oct. 12, 1940, in Geneseo, Ill., the son of William E. and Esther M. Garrison Combs. Educated in Cambridge schools, Edward graduated from Cambridge High School in 1958. He received a bachelor’s in accounting from St. Ambrose College in Davenport, Iowa, in 1965.

The U.S. Army Audit Agency employed Edward from 1965 to 1980. His job took him and his new bride to Kaiserslautern, West Germany, in 1966. In June 1969, he and his family returned stateside to East Moline. The growing family returned to Frankfurt, West Germany, from 1971 to 1974. Upon returning to the United States, he continued to work as an Army auditor on the Rock Island Arsenal in Rock Island, Ill., until 1980.

Edward then moved his family to Concord and accepted a position at the U.S. Oakland Army Base as an auditor, and he continued to move up the civilian ranks in the government. He received a high security clearance in 1986 and went to work for the U.S. Marshall Service and eventually the Department of Justice.

In 1988, he moved his family to nearby Clayton. Edward retired in 1995 from the Department of Justice as the supervisory auditor for San Francisco Regional Audit Office after 29 years of dedicated service.

His hobbies included road trips with his family, European travel and listening to music.

Please make memorials to the American Cancer Society or the Autism Society of America.

You can express online condolences at stackhousemoore.com.