Published in 1944, Christie and Gerald Verner adapted it into a play in 1956. However, Starlight is producing a lost version written by Christie in 1945 and rediscovered in 2015.

This earlier version features the character of Angus McWhirter. Through him, Christie explores questions of mortality, suicide, depression and redemption.

The drama takes place outside at Lady Tressilian’s seaside home, where she has invited a group of not exactly compatible guests. Of course, several in the party end up dead.

“The characters are so very interesting. Each one has a past that informs their actions in the play. Each character is complex and nuanced in their relationships and needs,” said director Beth Sheridan Hooper. “The characters seem to sense something will happen to them, but they – and the audience – are kept guessing through almost two acts.”

Cal Shakes also opened its season in Orinda earlier this month. “Romeo y Juliet” tells the well-known Shakespeare tale, but with several twists in this adaptation by KJ Sanchez and Karen Zacarias.

Set in the early 1800s, “Romeo y Juliet” takes place in Alta California when the Golden State was under Mexican rule. The production is bilingual, mixing Spanish and English throughout the show. I recently attended a student matinee, and while my Spanish “es muy mal,” I had no trouble understanding what was happening.

The young lovers are both women. Gianna DiGregorio Rivera plays Juliet, with Sarita Ocón as Romeo. They gave nuanced performances that captured both the innocence and passion of their characters. This was especially noteworthy as Rivera took over the role of Juliet just days before opening.

The eight-person ensemble did an exceptional job conveying all the various characters. Everyone but Romeo and Juliet played multiple roles. Tanya Orellana designed the impressive set, and Jessie Amoroso created the gorgeous costumes.

Things are rockin’ at Walnut Creek’s Lesher Center with the ’60’s musical “Beehive.” Produced by Center Rep, the high-energy retrospective keeps the cast on its toes with a plethora of wigs and costume changes that mimic the fast-changing era.

Playing through June 26, “Beehive” tickets can be purchased by calling 925-943-SHOW or going to www.centerrep.org. 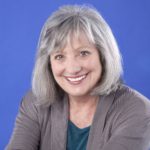