While Chef Cindy and the others prepared a luncheon menu including stuffed salmon, stuffed bell peppers, Romanesco, leeks and fresh seasonal fruit for dessert, the quartet discussed healthy eating habits and how sugar and sport drinks, in particular, have caused the rise in American’s obesity. Dr. Lustig, who met Gershen in 2008 when he was speaking at John Muir Medical Center Concord across the street from Mt. Diablo High, is a leading expert on childhood obesity.

A four-man professional crew stationed in front of the attractive kitchen set in Gershen’s classroom in the MDHS Home Economics Building, filmed the 30-minute program using two cameras. Following post-production work, a day later the latest episode was posted on its “Farm to Taste” YouTube channel.

Watch this Episode No. 5

Theresa Harrington, MDUSD communications officer, says Contra Costa Television edTV channel launched the first program in a new 10-week series Feb. 9. As technical and production details are finetuned the YouTube channel will livestream new shows weekly at 1 p.m. Wednesdays. Gershen and her students raised the money for the first 10 shows and are seeking sponsors to continue the series.

The topic of childhood obesity and the ills of consuming too much sugar were presented in a casual conversational manner with Gershen especially interjecting lighthearted moments in the discussion of such a serious topic.

Discussing complex scientific reasons for the way sugars react in the human body, Lustig and Gershen used simple phrases to drive home their points such as “change the food, change the future” and “show me what you eat, and I’ll show you what you are.”

Lustig came to public prominence in 2009 when one of his medical lectures, “Sugar: The Bitter Truth,” became popular on YouTube. He is professor emeritus of pediatrics in the UCSF division of endocrinology. He is also director of their WATCH program (Weight Assessment for Teen and Child Health) and president and co-founder of the non-profit Institute for Responsible Nutrition. 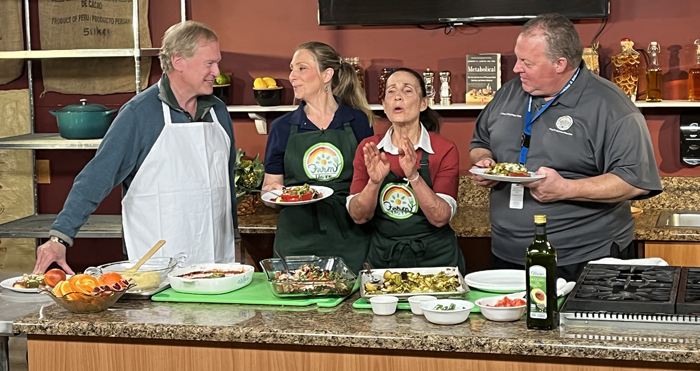 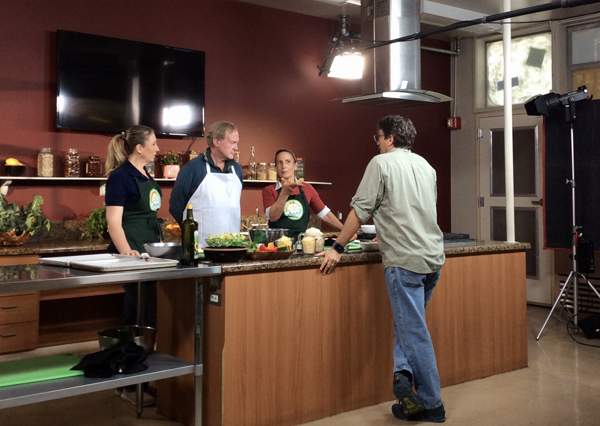 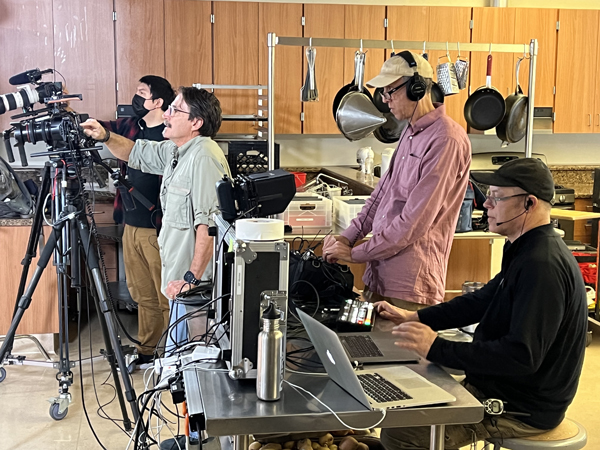 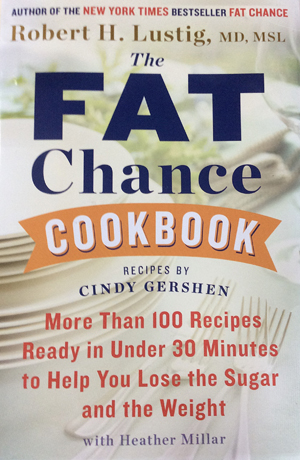 Gershen provided the recipes for Lustig’s “The Fat Chance Cookbook,” a follow up to his 2013 New York Times bestseller “Fat Chance.”

Gershen and Stein mentioned their firsthand experience with students having learning and behavioral problems in the classroom following brunch and lunch due to their dietary choices.

Gershen opened Sunrise Bakery and Catering 41 years ago in Walnut Creek. Now called Sunrise Bistro and Catering, Gershen’s restaurant was founded on the strength of her grandmother’s pastries.

During that time, Gershen gained and then lost over 100 pounds and the menu evolved as she “realized that sugary and processed foods (even homemade ones) were no good for her, her family or the community.”

Her daughter Rose also lost 50 pounds with mother and daughter educating themselves about nutrition and healthy cooking. They dropped the pounds and started spreading their message to those around them.

Gershen has taught at Mt. Diablo since 2010 in the school’s renowned International Hospitality and Tourism Academy, which operates Serendipity Restaurant utilizing many ingredients grown in its on-campus garden.

She has 100 of the 300 Academy students in her classes each year teaching them about sustainable hospitality, food and nutrition, and business management.

She considers her teaching position at Mt. Diablo “a calling, not a job.”

Machi mentioned that MDUSD’s 47 schools are part of “Eat REAL” and is aiming to be a “food producing school district.” He says the national organization currently works with 213 districts around the country to provide kids with real food access and education. Coming out of the pandemic he hopes to have salad bars back on local campuses next year.

Superintendent Dr. Adam Clark says, “Healthy food contributes to a strong body and sharp mind. MDUSD is proud of the efforts of so many to ensure students have healthy food choices.”