That elicited a small dinnertime surge, prompting a follow-up post: “Sold out of EVERYTHING – thank you all!!!”

Best friends since their student days at Mt. Diablo High School in Concord, co-owners Claryzza Abille and Gustavo Gomez opened the restaurant in July. They welcome the lines that snake outside of their 2186 Solano Ave. business, especially at lunchtime when people clamor for the signature spicy chicken sandwich or birria tacos.

But the business is not completely new. They operated from the backyard of Abille’s Bay Point home for two years before finding the Concord location and opening on July 15, Abille’s 25th birthday.

Their backyard operation brought them loyal customers, who sometimes arrived with children or dogs in tow. Others followed them to east Bay Area locations when they sold food at events such as grand openings and celebrations. They continued even when county officials cited them for operating unlicensed – which happened about six times, Gomez said.

“Every time we got shut down, we went up the street. We sold out of trunks of our cars, or from friends or family members’ houses,” Gomez explained during a break from serving customers recently.

“Wherever we were, we had a line of people following us,” Abille added.

“That was part of the journey,” Gomez said, continuing the story. “We couldn’t give up. What pushed us was the support.” 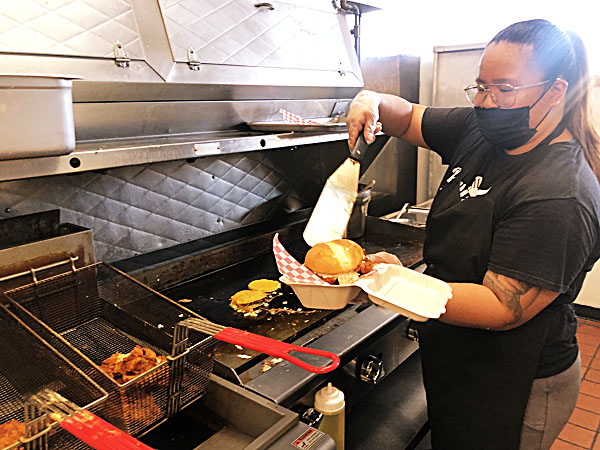 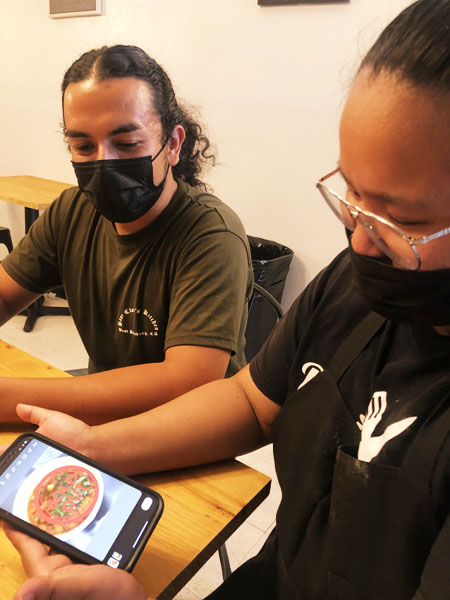 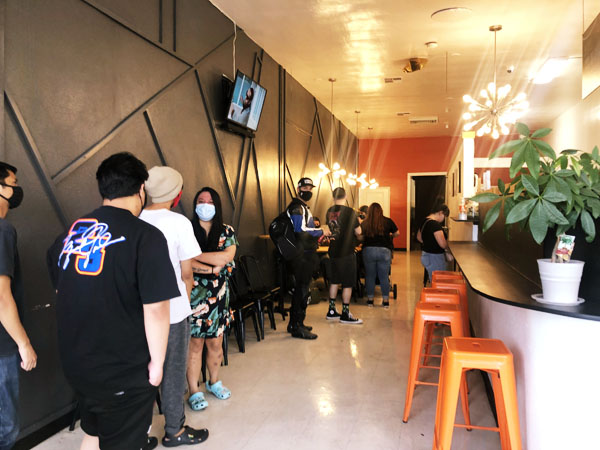 Abille’s lifelong love of cooking has always come naturally. She enrolled in Mt. Diablo High School’s culinary arts program, a three-year academy culminating in working at the student-run restaurant, Serendipity. She also tells how loss played a role in guiding her.

“My father passed away unexpectedly when I was a sophomore,” she shared. “My mom said, ‘Do you want to keep your mind off of all of this? There’s a taco truck that’s hiring.’ I took that job as a distraction to keep my mind off of things, but I have always loved cooking.”

Internships and jobs in food service steered Abille toward a culinary career. In 2018, a year before opening the backyard business, she tasted success. After advertising on her Instagram account, named Papi Clary’s Kitchen, she sold 4,000 orders of pork lumpia. Chocolate-covered strawberries were also a seasonal specialty, for Valentine’s Day or Mother’s Day.

“But it was really tacos that my Instagram page blew up on,” she said with a smile. “It was just me introducing myself to the world.”

When she started the backyard business a year later, a friend joked that Abille should use her Instagram name. She did, and the page now has 15,000 social media followers.

Another person following her progress is Kevin Fuller, the instructor of Mt. Diablo’s International Hospitality and Tourism Academy.
“Being on the team came naturally. She really worked hard and developed her skill,” said Fuller, who has taught for 26 of the program’s 40 years.

Fuller recently took an opportunity to see Abille in action – and to try the spicy chicken sandwich. “The people love her. The line was out the door,” he said.

Recalling the challenge of losing her father as a sophomore and her perseverance to the present, Fuller called her the bravest person he knows. “She is amazing at believing in herself and doing what is needed to accomplish her dream,” he said.

Eddie Pennes made it to the Concord restaurant for the first time Sept. 9, although he had bought food previously from the Bay Point location.

“I was on my way home and my wife asked me to stop,” the Antioch resident said after ordering birria macaroni and cheese, tacos and a chicken sandwich. “I was so surprised there wasn’t a line out the door.”

Faithful followers disregard the restaurant’s stated closing times of 8 p.m. Wednesday-Saturday and 5 p.m. Sundays; they know the doors will close when the food is gone.

And yes, a new day would bring a new batch of spicy chicken sandwiches – at least until they sold out. 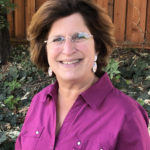