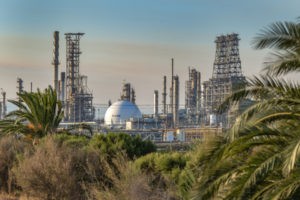 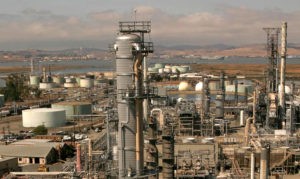 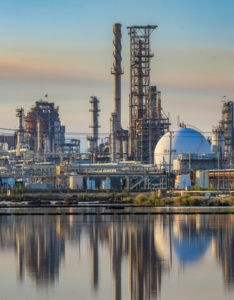 MARTINEZ, CA —Marathon Petroleum Corporation’s board of directors this month approved plans to convert its Martinez refinery into a renewable fuels manufacturing facility.

The conversion comes on the heels of the local plant on the Martinez/Concord border going on “indefinite idle” last year in the midst of the drop in fuel demand during the height of the pandemic and subsequent decrease in vehicle and airline traffic largely due to stay-at-home orders across the county.

“Marathon Petroleum is focused on meeting the world’s growing energy needs and reducing its carbon emissions intensity,” MPC President and CEO Michael J. Hennigan said. “Converting the Martinez refinery to a renewable fuels facility is an important addition to our growing portfolio of renewables projects and aligns with our strategic priorities of strengthening the competitive position of our assets, implementing commercial strategy changes and strategically deploying our capital.”

Marathon expects to start producing renewable diesel in Martinez next year. They will build to full capacity by 2023. Engineering work has begun, and Marathon has applied for relevant permits with the expectation that construction will start this year. It is estimated that four million hours by building trade workers will be required to complete the project.

At full capacity, MPC expects the Martinez facility to produce about 730 million gallons per year of renewable fuels – predominantly renewable diesel – from such biobased feedstocks as animal fat, soybean oil and corn oil. That output roughly compares to the 2.5 billion gallons of petroleum fuels previously produced.

Renewable diesel has a significantly lower carbon footprint than petroleum diesel. The Martinez conversion is also consistent with Marathon’s commitment to reduce greenhouse gas intensity (emissions per barrel of oil equivalent processed) 30% below 2014 levels by 2030.

When the shutdown was announced last year, Concord Congressman Mark DeSaulnier was among the key voices calling for a conversion in products coming from the Martinez plant so that many of the 700 full-time and 250 to 2000 contract employees would not permanently lose their jobs.

A Marathon spokesman says up to 150 employees will be working during this interim period. No firm figure is available on full-time employees when the plant is in full operation, although it’s acknowledged it will be much fewer than when the 700 employees were producing nearly four times the expected renewable diesel output in Martinez when producing full capacity in 2023.

Last week, the Concord Congressman said, “Although it is long past due for the fossil fuel industry to diversify and consider cleaner energy options, Marathon’s move is a big loss for our workforce. The inevitable evolution to sustainable energy must take into account the impact it will have on our workers.

“That is why, over the last two years, I have been convening labor unions, local governments, environmental groups and environmental justice advocates to talk about how we prepare for a shift to sustainable energy and renewables in Contra Costa. The transition needs to be as successful as possible for everyone and we cannot leave workers behind – they need to be guaranteed meaningful and comparable work. I will continue to bring together stakeholders to support workers, our community and the environment and improve Contra Costa’s energy assets.”

Marathon estimates its conversion of the 2,200-acre Martinez facility from petroleum refining to renewable diesel production will reduce the facility’s manufacturing greenhouse gas emissions by 60%, total criteria air pollutants by 70% and water use by 1 billion gallons every year.

The Bay Area is the second largest oil refining center on the West Coast and home to five refineries, four of which are in Contra Costa.

The local refinery has gone through a succession of owners since Tidewater Associated Oil Company opened the Avon site. Tosco bought the refinery in 1976 and since then it has been operated by Ultramar, Tesoro, Andeavor and Marathon, which completed its purchase from Andeavor in late 2018.