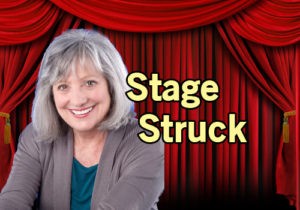 CONTRA COSTA COUNTY—Thanks to the COVID-19 vaccines, theater groups are looking ahead to something other than virtual performances and classes.

Pittsburg Community Theatre (PCT) is raring to go with a full season beginning this summer – all contingent on COVID restrictions.

“We cannot wait to get busy and start working on ‘Company,’ ” said Dianna Schepers. “We’ve reached out to two other companies to share our live outdoor production in June.”

According to Schepers, PCT, Brentwood’s Ghostlight Theatre Ensemble and Pinole Community Players will each host a weekend of shows at an outdoor location. Each company will manage ticket sales for its respective weekend: PCT, June 11-13; Pinole, June 18-20; and Ghostlight, June 25-27.

G.A. Klein will direct the Stephen Sondheim musical “Company,” with musical direction by Mark Dietrich and choreography by Chelsea Bardellini. Casting is currently being finalized.

In October, PCT’s Steeltown Coffee and Tea in Old Town Pittsburg will present “The Real Inspector Hound.” The show was just about to open last year when shelter-in-place took over. Now this hilarious Tom Stoppard mystery can finally be seen.

August Wilson’s “Fences” runs in February 2022 at the Betty Brown Stage in the Little Theatre on the Pittsburg High School campus, with LaTonya Watts directing. Auditions will be in October.

In April 2022, PCT hopes to return to Pittsburg’s California Theatre, which has been undergoing extensive renovations thanks to a $1 million grant from the John H. and Regina K. Scully Foundation.

“Because of the renovations, PCT is on the road for the first half of our season. But when we return to the California Theatre, there will be a new balcony, repair of lighting deficiencies and much more,” Schepers said.

“I can’t wait to work on ‘Dreamgirls,’” said Schepers. “We’ll hold auditions in January 2022, and there is already a buzz about town.”

The company will also offer a summer day camp program (July 12-23) featuring Disney’s “The Lion King Jr. Experience.” The workshop is for students 7-14, with limited internships available for teens.

For more information on the camp and the shows, go to pittsburgcommunitytheatre.org.

Meanwhile, Clayton Theatre Company has tentatively scheduled its Summer Stage for July 2021. A three-week camp for youngsters 6-16, it focuses on musical theater in preparation for a summer musical production. Camp dates are planned for July 12-16, July 19-23 and July 26-30. Managing director Roxanne Pardi and artistic director Watts are the instructors.

The company is also readying the hilarious “The Musical Comedy Murders of 1940” for Oct. 14-30 at Endeavor Hall in Clayton.

Of course, dates could change if COVID cases go up or the state or city of Clayton issue new guidance regarding large gatherings. Go to claytontheatrecompany.com for more information.