CONTRA COSTA COUNTY, CA (Feb. 20, 2022) — The recently announced Campaign to Save Harvey Ranch is one of the most ambitious undertakings in the 33-year history of the Martinez-based John Muir Land Trust (JMLT).

The group seeks to raise $4 million by the end of this year to acquire the 143-acre property, nestled above Saint Mary’s College Moraga campus, securing it in perpetuity as open space.

A land trust is a private, nonprofit organization for which the acquisition and protection of land (at the behest of the property owner) form its principal mission. Today, this legal tool is used primarily for the protection and stewardship of natural areas.
There are hundreds of land trusts in the United States, the first founded in 1891, but the concept dates back at least as far as the Roman Empire. In ancient times, the land trust arrangement was sometimes used to conceal property owners’ identities to avoid military conscription, taxes or other obligations. This model of private land conservation wasn’t widely practiced until the last few decades, with the United States as its driving force.

Land trusts have become a powerful part of the overall conservation movement in the 21st century, though they are not advocacy groups. Rather, land trusts – or conservancies, as they are sometimes called – work with property owners and community partners to conserve land by accepting donations of land, purchasing land, negotiating private, voluntary conservation agreements on land and stewarding conserved land through the generations.

Land trust grand dame the Nature Conservancy, which is more than a century old, has been known to quip, “We save land the old-fashioned way: We buy it.”

The East Bay’s JMLT is a community-minded (and -supported) part of this U.S.-led movement. Since its 1989 founding by land conservation pioneer Tina Batt, JMLT has protected more than 3,500 acres for recreation and wildlife habitat, including Mount Wanda, Pacheco Marsh and the 1,185-acre Fernandez Ranch.

The goal for much of their acquired property is to open it up to the public for low-impact recreation – hiking and nature exploration.

“Providing public access has become a top priority for us,” Eukel told the Pioneer, “partly because of a pandemic-driven, growing need for safe, inspiring, outdoor spaces in close proximity to their homes for folks, especially those with children. It’s not practical to drive to Yosemite for the afternoon.”

Today’s land trusts are part of a growing private land conservation movement that has protected more than 61 million acres of land – more than all the national parks combined. The over-arching goals of land trusts around the country – and, increasingly, abroad –focus on preserving natural areas, farmland, ranchland, water sources, wildlife habitat and critical wildlife corridors, as well as cultural resources or notable landmarks.

California, along with New York and Montana, leads the nation in the amount of acreage protected by local and regional land trusts.
JMLT board member Dawn Block has spent the last eight years working with the organization, whose emphasis on public access inspired her to join them after a chance meeting with Eukel on a hiking trail.

“I didn’t even realize I was hiking on land trust land,” she recalls. “I grew up in public housing in New York City with views of asphalt and concrete from every window. Moving to the Bay Area awakened me to the profound value of natural, open spaces. Hiking wasn’t anything I even knew people did until I moved here. East Bay residents are so lucky that these chapparal-covered hills and ridges on Harvey Ranch are being preserved for all time.”

JMLT’s enthusiastic board of directors, staff and volunteers are part of what Eukel calls the “virtuous circle” of folks dedicated to preserving the natural and cultural heritage of the places they live.

Harvey Ranch owner Charlene Harvey, whose family has spent summers and weekends on the ranch for decades, is at the center of this particular virtuous circle. A lifelong conservationist, Harvey began exploring ways to protect the ranch from development after her husband, Jim, died in 1996.

Charlene expressed delight that local residents will have easy access through the ranch property to such vast and varied open space. “The trailhead begins practically at the door of the dormitories,” she said, echoing the words of California poet and naturalist Gary Snyder: “Nature isn’t a place to visit; it is home.” 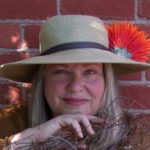