John Bedecarré passed peacefully in his Concord home of 48 years on January 13 surrounded by the love of his six children and eldest granddaughter. The 98-year-old San Francisco native was an award-winning and beloved educator and businessman who loved his family, church, country, politics and sports, especially baseball.

John’s life spanned much of the great journey of the 20th Century Bay Area into the new millennium when the internet and technology kept him linked to the world via Alexa, Facebook, Zoom and voice-activated streaming.

Read the Pioneer story about the Bedecarré Family History book by John Bedecarré.

John and his late wife Catherine Corrinne Reid raised six children and have 17 grandchildren and three great grandchildren, with a fourth on the way this year. Born in San Francisco in 1922, he lived above the French laundry started by his grandfather who immigrated from France in 1890. He attended Commodore Sloat Elementary School, Aptos Middle School and Lowell High School. His next-door neighbor, friend and classmate was renowned American artist Richard Diebenkorn. John went to UC Berkeley, commuting with three Lowell buddies across the new Bay Bridge.

His lifelong passion for baseball was formed while playing on teams as a submarine-throwing pitcher. John attended hundreds of Pacific Coast League baseball games at Seals Stadium where he saw the three DiMaggio brothers play before they went to the majors. He was very often mistaken for Dom DiMaggio and sometimes would sign an autograph for fans who would not believe he wasn’t the player. In 2000, John and Cathy became San Francisco Giants season ticket holders at the new Pac Bell Park with their youngest son Al. John celebrated like no other when the Giants finally won three World Series. 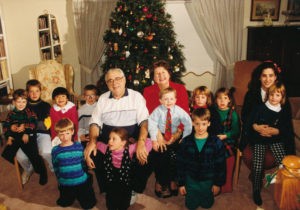 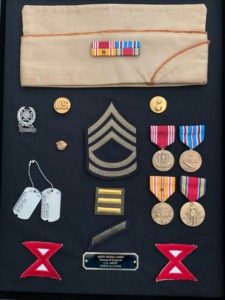 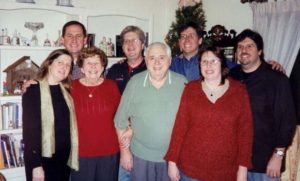 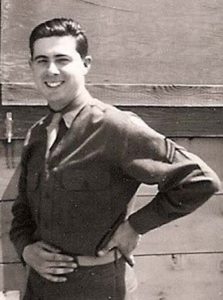 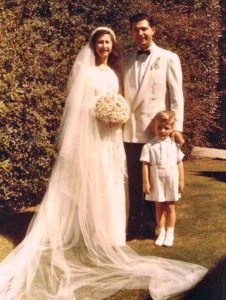 Bedecarré was a proud veteran who served in the United States Army during World War II from 1943 to 1946. While a student at Cal, he volunteered to join the Army ROTC, but failed the eye examination – despite drinking gallons of carrot juice to improve his eyesight. In 1942, he was drafted in the US Army and joined the Enlisted Reserve Corps with thousands of other UC students. He was called to report for duty at Ford Ord in Monterey, CA in 1943 and, after training at six Army bases in California and Texas, he was deployed to the Pacific campaign. He was stationed on Ie Shima Island with the 175th Ordnance Battalion (Tenth Army) in support of the Battle of Okinawa. In 1946, he was honorably discharged with the rank of Technical Sergeant.

Returning to his studies at UC Berkeley as a journalism and political science major, John worked on The Daily Californian newspaper, where he met young coed Cathy Reid, who also wrote the Cal Gal column in the Oakland Tribune. True to his passion for baseball, their first date was at an Oakland Acorns minor league game. They married in 1948 after both graduated from Cal and lived in San Francisco where he joined the family’s French laundry business. They had two children while in The City before moving to Contra Costa, first in Orinda and then settling in Concord when they opened Park & Shop Cleaners in 1955. He lived in three Concord homes over 66 years until his passing.

At the persistent urging of friends at Queen of All Saints Church, John attended a weekend Cursillo Catholic men’s retreat in 1965 and came home to tell Cathy he wanted to become a teacher. He earned his teaching credential at Cal State Hayward while she ran the family business. Cathy then secured her credential and they both went on to teach for two decades. The couple won numerous awards while impacting the lives of thousands of students.

A passion for education

He spent his career in the Mt. Diablo Unified School District at Riverview and Oak Grove intermediate schools. John was proud that during his career he taught every grade from kindergarten to college/post graduate school. The couple were active in the East Bay Council for Social Studies and organized dozens of MDEA teacher’s union activities. Education was a passion as well as a vocation of John and Cathy. They treasured attending graduations from preschool through college and were so proud of the numerous degrees earned by their children, grandchildren and former students, and that so many family members and students followed them into the teaching profession.

After “retirement,” John and Cathy mentored new teachers for 10 years in the education department of Saint Mary’s College, where they received faculty appointments as Lecturers at ages 79 (John) and 75 (Cathy).

They remained huge fans of Cal (“Go Bears”) and were thrilled a son and grandson also attended Berkeley. Their Cal roots were stretched thin when two of their sons “defected” to attend Stanford.

The couple was deeply interested in politics, history and government. They registered thousands of voters, volunteered on many campaigns and attended several national presidential conventions. John was a middle-of-the-road Republican for 30 years but became a passionate Democrat following Watergate. His last goal was to live long enough to vote in the 2020 presidential election. He accomplished that and also watched the results of the Georgia senate runoffs this month. He was proud of having lived in 100 calendar years (1922-2021) and through 18 American presidents, 10 of whom (from both parties) he saw in person at conventions and other functions.

Family and church were always at the center of his universe. The family belonged to Queen of All Saints Parish in Concord for many years before the family moved to his current Concord home in 1973 and joined a young St. Agnes Church Parish. He edited the St. Agnes Herald newspaper and the 25th anniversary parish yearbook. 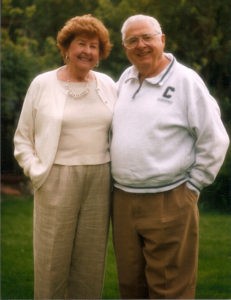 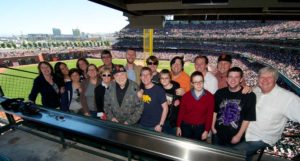 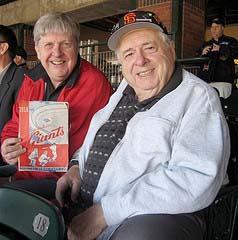 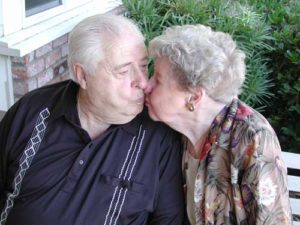 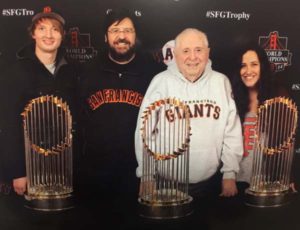 John was a leader of the Mt. Diablo Genealogical Society and traveled the country and world with Cathy in quest of more information on their family ancestry while helping so many others do the same. He was so proud of the 900-page family history he published in 2014 with the assistance of genealogist John Maestri. The book is now in genealogy libraries and history centers around the United States.

He was also a lifetime member of Ligue Henri IV, a San Francisco-based fraternal organization founded by French immigrants from the Pyrenees region. Many generations of the extended Bedecarré family enjoyed the annual banquet in San Francisco where they sang La Marseillaise and celebrated their heritage.

The Greatest Generation has lost an everyday hero. To honor John, register and vote!

The family says donations in John Bedecarré’s name can be made to MDUSD Education Foundation or St. Agnes Church Social Justice Committee, 3966 Chestnut Ave., Concord 94519. Due to COVID-19 restrictions a private family interment will be at Holy Cross Cemetery in Colma. There will be a Celebration of Life post pandemic restrictions. You are invited to visit and contribute stories and photos on his memorial website.