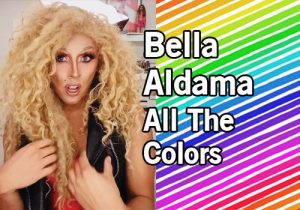 CONTRA COSTA COUNTY, CA (July 19, 2022) — On July 16, we celebrate International Drag Day to recognize and welcome all drag artists in the world.

Dating back to the 16th century, drag started within the time of Shakespearean theater. The church only allowed men to perform, so any female roles were played by men dressed as women.

Now, drag queens are closely linked to the queer community, though not all performers are “gay.” In the 1950s and ’60s, drag performers toured the country, existing in a “legal in-between” because people were arrested for dressing as the opposite sex.

In the summer of 1969, the Stonewall Riot was led by drag queens and kings of color: Marsha P. Johnson, Sylvia Rivera (17 at the time), Stormé DeLarverie and Miss Major Griffin-Gracy – who is still organizing to this day.

Starting in the 1970s and into the ’90s, drag balls took hold in culture. People owned the runway in the finest drag, and the concept of the drag mother emerged. These drag mothers mentored new performers and, most importantly, provided safety and a redefining of “family” for so many young queer folx.

We are finally seeing drag more represented on mainstream television through shows like “RuPaul’s Drag Race,” “Legendary” and “Pose.” This artform has been an exceptional way to learn about diversity and culture within our LGBTQIA+ communities and especially with people of color. Drag artistry represents gender expression, performance, female impersonation, fashion design, acting, dancing, singing and just looking fabulous.

I have been a proud drag queen for more than a decade. It takes a lot of learning, building, working with others, and finding and refining one’s identity. Emigrating from my beloved Guadalajara, Mexico, when I was 12, I persevered toward finding and embracing my intersectional identities as a gay, cisgender, Latin man who is a fabulous drag queen. It has been quite a journey.

We are so thankful for having local safe spaces such as Club 1220 (LGBTQIA+ nightclub) in Walnut Creek and Rainbow Community Center of Contra Costa (LGBTQIA+ nonprofit) in Concord. These two venues have represented our community by providing services and connection while being a platform of philanthropy for our drag performers.

We have also experienced “Drag Queen Story Hour” as a controversial topic and target these last few months. These events give drag performers an opportunity to bring families together, showing inclusiveness and acceptance through literature and representation. It also offers parents and guardians a way to connect and show their support to their children experiencing our world in all the colors and diversity.

Drag performers are risking their lives and are being exposed to violence to provide these meaningful moments to our community. I invite you to hire local talents who represent our marginalized communities of color. Attend community events, check in on your friends when they are leading these events and, most importantly, tip your drag performers. It really does cost a lot to look this sensational. 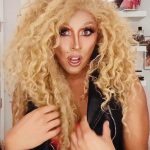