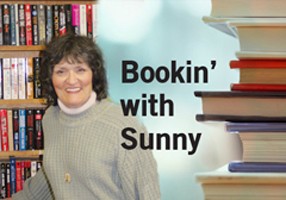 Are you a nature lover? A hiker? A botanist? A stargazer? A bird watcher? If so, please consider Kira Jane Buxton’s debut book, “Hollow Kingdom.”

It is called a novel, but I still adhere to Mary McCarthy’s caveat, “If the animals talk, it is a fable.”

Without giving too much away, it’s the story of a crow, ST, and the world in which he finds himself. It’s a world changing in the most dangerous and macabre dimensions.

ST was taken in as a fledgling by Big Jim, who lives in a Craftsman home in a Seattle neighborhood. He lives with Big Jim and a lop-eared bloodhound named Dennis. ST loves Big Jim and sometimes considers himself more human than crow. That identity problem permeates this fable. ST has much to learn, as do the readers.

One day, an already eccentric Big Jim begins to exhibit the most bizarre behavior after one of his eyeballs falls from his head. ST retrieves the eyeball and stores it in the cookie jar, but not before Big Jim begins to drool and retreats to the basement – where he starts to poke his fingers into the wall. In ST’s words, “Big Jim was never the same again. None of us were.”

“Hollow Kingdom” is told in the voice of ST. “I’m here to be utterly honest and tell you what happened to your kind. The thing none saw coming.”

Curiously human-like in his thinking, ST becomes increasingly more crow as the story unfolds. It is an apocalyptic tale filled with zombie-like humans in the process of losing their humanness. Buxton is a master at describing the visual effects of whatever is happening, and in ST she has created a memorable, wisecracking, profanely observant, heroic and loving character.

One of ST’s first flights from his Craftsman home after Big Jim retreats to the basement is to go to Walmart in the hope of stealing some medicines that he believes might help Big Jim. The streets are without traffic, and when he reaches Walmart the employees are slobbering, with bobbing heads. They are poking their fingers and heads into anything that resembles a glass-like screen. Animals are not affected by whatever is happening to humans.

Some of what ST must learn is: “For every species there is a calling to evolve, an opportunity for change to ensure survival.” ST learns to become the crow he is, but without losing his hope for the humans he still loves.

Buxton has written a wildly imaginative story, and each reader will probably learn something slightly different from “Hollow Kingdom.”

I’m not a huge fan of apocalyptic tales, but this one is a keeper. Filled with laughter, tears, despair and hope, it is just the book to read aloud to the whole family (with some words skipped over for younger ears).

Sunny Solomon is a freelance writer and head of the Clayton Book Club. Visit her website at bookinwithsunny.com for her latest recommendations or just to ‘talk books.’