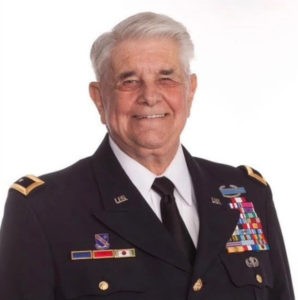 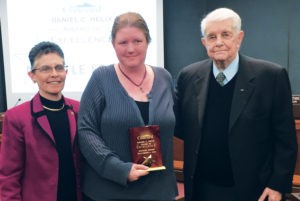 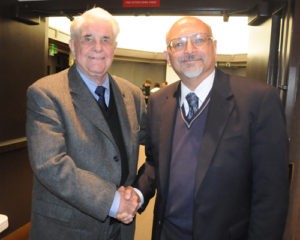 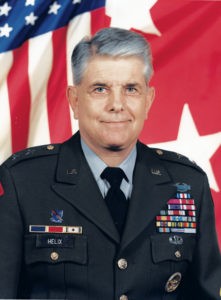 Concord, CA — Dan Helix, who played a key role in Concord politics and community life spanning over five decades, passed last week at the age of 91.

General Helix served as mayor of Contra Costa’s largest city from 1972-74 during his first two terms on the City Council from 1968 – 1976. He was later a director of the Bay Area Rapid Transit District.

Helix was appointed 34 years later to fill a vacancy on the Concord City Council in 2010 and then was re-elected as the highest vote getter for a four-year term in 2012. During that time, he was elected mayor by his colleagues and remained on the City Council until his term expired in December 2016.

A Korean War veteran, Helix retired as a major general in the U. S. Army in 1989 after serving 41 years on both active duty and in the Army Reserve after enlisting as a private in 1948. His final military assignment was as Deputy Commanding General, Sixth U.S. Army, at the Presidio of San Francisco. He earned the Army Distinguished Service Medal, Silver Star, Legion of Merit, Bronze Star with “V” Device and Purple Heart with Oak Leaf Cluster, among other commendations.

Helix was a key driver in the construction of the Concord Pavilion. As mayor and city councilman in the early 1970s he negotiated with developer Ken Hofmann (Page 9) to get 122 acres of rolling land as a site for the Pavilion. It was part of a large parcel of over 300 acres on Kirker Pass Road that Hofmann was looking to develop for homes. The Pavilion opened in 1975.

Decades later, Helix was mayor when the City Council most recently contracted with Live Nation to continue operating the outdoor amphitheatre. A key element of that 2013 agreement was to reclaim the name Concord Pavilion for the venue.

Dan and Mary Lou Helix founded the Concord Pavilion Associates in 1976 to support the performing arts at the nearly new facility. His wife of 67 years, Mary Lou, was a concert pianist. The Helixes hosted a number of fundraisers to enable more performing arts concerts—not all of which were financially viable from ticket sales alone— to be presented at the Pavilion.

In his final public effort on behalf of Concord he was the first chairperson of the Concord Naval Weapons Station Reuse Citizens Advisory Committee in 2017. Helix abruptly resigned late in his first year as chair because he said the City had not given the committee members sufficient time to “get up to speed” on the complex project. He said, “Unfortunately, instead of small sips they [the CAC members] received a flow of information as out of a fire hose.”

City of Concord honors its own

To pay tribute to Helix, Concord Mayor Tim McGallian authorized the City of Concord flag to be flown at half-staff for one week beginning Mar. 11. Mayor McGallian said, “The legacy of Dan’s service and the wisdom of his example will continue to guide the City of Concord.”

Vice Mayor Dominic Aliano said, “This is a sad time for our community because the Concord Family has lost a public servant who gave so much to us. The City of Concord is grateful for his leadership and I am honored to have been his friend.”

Councilmember Edi Birsan served four years with Helix on the Council. “It was not widely known that Dan took part in the lunch counter sit-ins in South Carolina protesting segregation.  Additionally, as a member of the City Council [during his first tenure] and as Mayor, he stood out and stopped city dealings with the all-white policy of the social clubs in the city.”

“This is a great loss for our community. Dan served his country and community with great intellect, he attacked issues head-on and always asked the right questions. I cherish my time serving with Dan and knowing him. He was a wonderful, caring and generous person,” long-time councilmember Laura Hoffmeister said.

Councilmember Carlyn Obringer added, “General Helix was an instrumental figure in the City of Concord. His leadership helped to ensure the financial stability and community spirit which defines our city. I greatly valued his counsel and will miss our conversations.”

Contra Costa Supervisor Karen Mitchoff announced she will adjourn the board meeting on Mar. 23 in his memory. “I will always cherish my relationship with Dan and will remember him as a wonderful, caring, generous and loving man.”

Tom Wentling. a former City Council member and City Treasurer said, “During my 34 years of serving the City of Concord I have to say that Dan Helix was more dedicated than any person I ever had the pleasure of serving with. He really enjoyed serving and did so with real zest. General Dan was one of Concord’s finest. Those of us that had the good fortune to work with Dan usually benefited greatly.”

Helix had recently reached out to Pioneer editor and publisher Tamara Steiner to discuss some marketing ideas for the newspaper. She said they were waiting for each to get their final COVID-19 vaccinations before meeting.

“This is a terrible loss to the community and to me personally. Dan passionately believed in local journalism and was on board with The Pioneer from the get-go. His guidance and outspoken support gave this community newspaper much needed credibility. People took us seriously because Dan did.”

Don DeFesi covered Helix for KWUN and KFRC Radio when he was a member of the City Council and BART Board. DeFesi also was on the staff of a 1974 Congressional campaign when Helix was in the Democratic primary to fill the seat of retired Jerome Waldie.

George Miller won the primary and general election and served in Congress until his retirement in 2015. DeFesi said, “He demonstrated great pride in his love of our local community and was a man of honesty and integrity. I knew Dan as a personal friend and mentor.”

Another former Concord mayor, Mark DeSaulnier, won the retiring Miller’s Congressional seat in 2016. “Dan Helix dedicated his life to serving his country and his community. As a member of the United States Army and in his role as a councilmember and mayor of Concord, putting others first was Dan’s passion,” Congressman DeSaulnier said. “The impact he made on the city of Concord continues to be felt today and will serve the city’s residents for years to come. Our thoughts are with Major General Helix’s family as we celebrate and remember his legacy of service.”

Adam Elliot (Page 10) was a grandson of Helix and a standout athlete at Clayton Valley High School, going on to be a nationally recognized softball player. Long-time CV coach Herc Pardi said Helix was at many of his grandson’s games and was a “great guy and a big supporter of Clayton Valley baseball and football.” Elliot died suddenly on a business trip in 2013.

Helix was on the advisory board for the Concord-based California International Sports Foundation which brought four United States Olympic Trials and many other events to Concord and the region, according to former City staff member Ed Heinrich.

He earned a bachelor’s degree in history from UC Berkeley and a master’s degree at San Francisco State. He was a graduate of the Army’s Command and General Staff College, the War College and was a Senior Fellow at the JFK Center for International Affairs at Harvard University.

Helix was a published author of an award-winning novel, The Kochi Maru Affair, set in the Korean War era. He has several published articles and short stories, primarily in military journals. He has a Lifetime teaching credential for secondary education. Helix was a Life Member of the VFW, Post 1525, past president of the Rotary Club of Concord and the Mt. Diablo Hospital Foundation, now John Muir Health, Concord Campus.

He met and married the love of his life, Mary Lou Hiott of South Carolina, in 1953. They were married for 67 years. They have two children, Dr. Daniel E. Helix and Marilu Elliot. They had five grandchildren, Adam Elliot, Michael Orlinsky, Zachary Daniel Helix, Spencer Helix and Candace Drake. They have two great granddaughters, Emmerson Drake and Rylee Drake.

The Helix family says a memorial service will be held this summer, befittingly at his beloved Concord Pavilion.