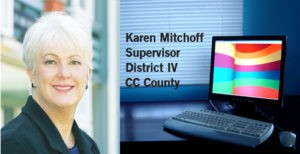 CONTRA COSTA COUNTY, CA — With the Fourth of July around the corner and high spirits in the community as we look forward to celebrating in person again with our family and friends, it’s more important than ever to be mindful of the danger of illegal fireworks.

Because we have a historic drought upon us and fire season is already in full swing, illegal fireworks could prove disastrous. Though they might be labeled “safe and sane,” all fireworks are illegal across all cities and unincorporated areas of Contra Costa County because they could be the cause of the next major fire that claims lives and property.

ConFire is taking this issue seriously and has set up a hotline to report sales of illegal fireworks in the county. You can call 1-866-50-ARSON.

Last month, ConFire responded to a fire ignited by a mortar-style firework that two juveniles launched into a hillside before fleeing the scene. The fire burned dangerously close to homes and the DVC campus. The two youth were detained and later released to their parents.
ConFire arson investigators will refer the case to the Contra Costa County Juvenile District Attorney on charges of unlawful fire and possession of fireworks. The juvenile suspects will also be referred to Con Fire’s Youth Fire Setter Program.

Not only are fireworks dangerous and could cause an inferno that destroys homes and property but using them could result in significant criminal penalties. Last July, the East County Fire Protection District levied fines in excess of $25,000 for an illegal firework show.

Illegal fireworks include bottle rockets, roman candles, firecrackers and sparklers. Sparklers can reach 1,000 degrees Fahrenheit and account for most fireworks-related injuries to children age 5 and under.

While they may seem fun, illegal fireworks are never worth the cost.

However, I am excited to share that this year you can attend legal firework shows this Fourth of July hosted by cities in Central County. Concord will be putting on a firework display at the Concord Pavilion; gates open at 7 p.m. You can find more information at cityofconcord.org. Pleasant Hill will host be hosting a firework show at College Park starting at 9:15 p.m. Learn more at phjuly4.com.

Last Fourth of July, ConFire responded to more than 50 fires in the 9 p.m. hour. Resources were stretched so thin that engine companies could only respond to active structure fires. 2020 was not, however, a critical drought year with conditions as dry as they are. So as we look to this coming Fourth of July, please stay safe and leave the pyrotechnics to the professionals.

I also encourage everyone to sign up for our Community Warning System alerts (cwsalerts.com) and PulsePoint for fire and hazard emergency alerts (web.pulsepoint.org).