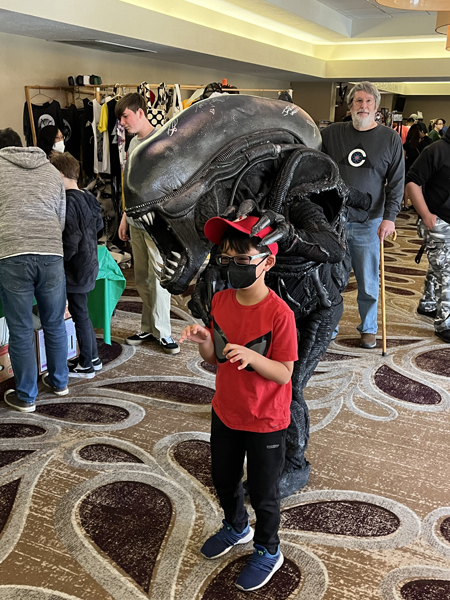 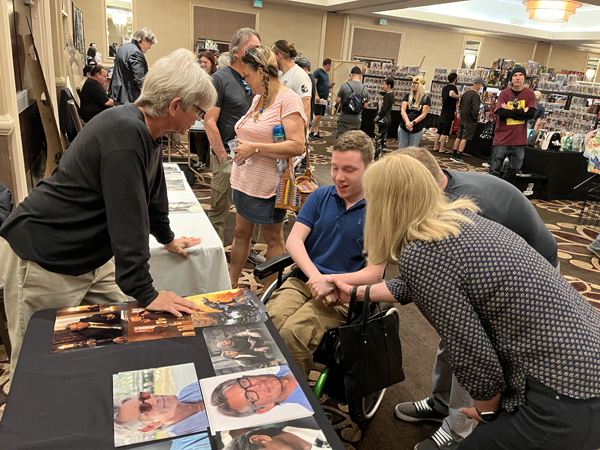 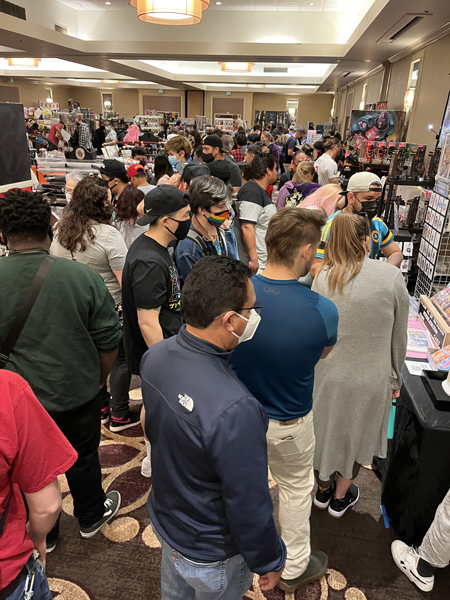 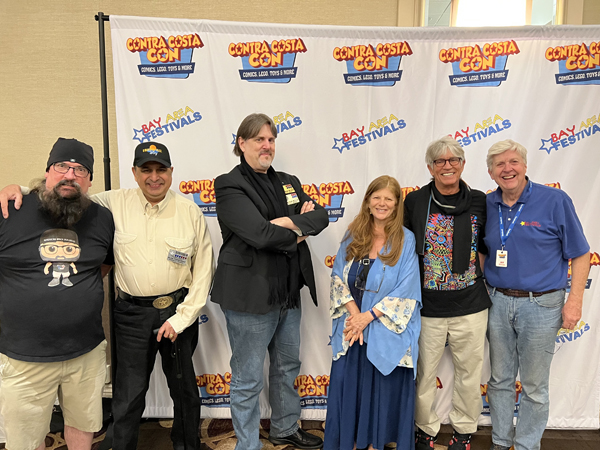 Actors Eric and Eliza Roberts, C. Andrew Nelson and Alan Fernandes were featured guests for the thousands of all ages visiting the Hilton. Hundreds of the attendees came in an eclectic variety of clever costumes with dozens of those taking part in the Coplay Costume Contest that is a popular feature of Contra Costa Con.

Eric Roberts finished filming a new movie in Morocco last week just in time to fly via Paris to SFO Saturday evening. He was ready to meet his fans and engage in animated conversations with them for six hours at Contra Costa Con 3 starting Sunday morning.

The older brother of actress Julia Roberts, Eric Roberts has over 600 film and TV credits in his decades-long career which includes three Golden Globe and one Academy Award nominations. His credits include DC Comics’ The Dark Knight, Bob Fosse’s Star 80, Runaway Train, The Prophecy II, King of the Gypsies, John Water’s Cecil B. Demented and Doctor Who television movie.

Eliza Roberts was in National Lampoon’s Animal House, Doctor Who: The Movie and Lois & Clark: The New Adventures of Superman. The couple celebrate their 30th wedding anniversary this year.

Andrews has portrayed Darth Vader in the Stars Wars franchise since 1994. Fernandes was one of the two Tusken Raiders in the landmark 1977 Star Wars movie. Making it even more of a Star Wars occasion were nearly a dozen members of the Endor Base Rebel Legion. 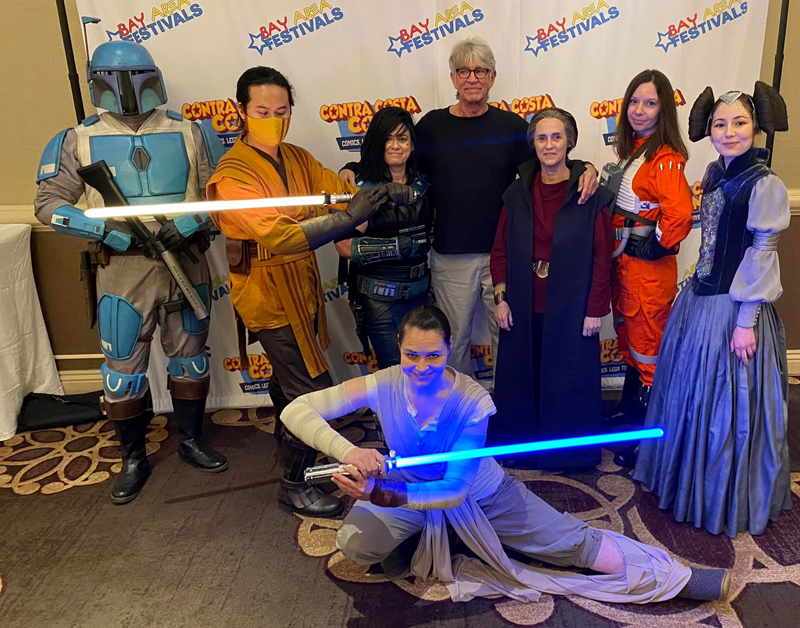 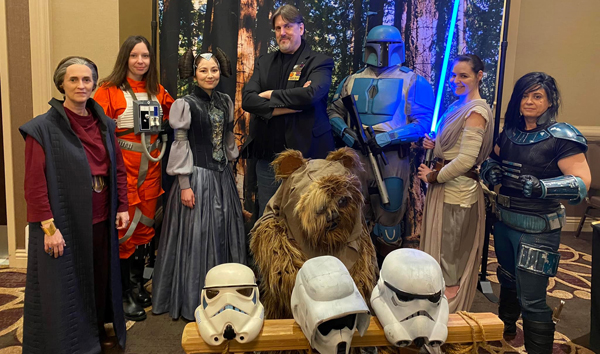 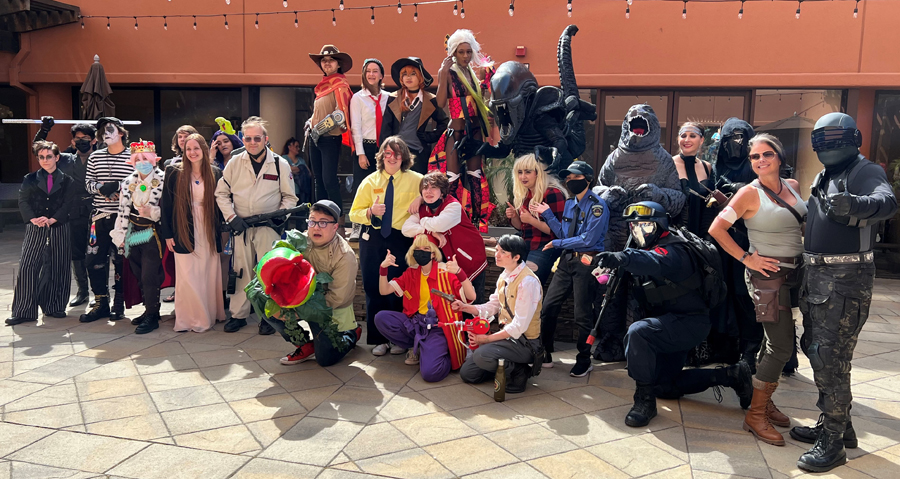 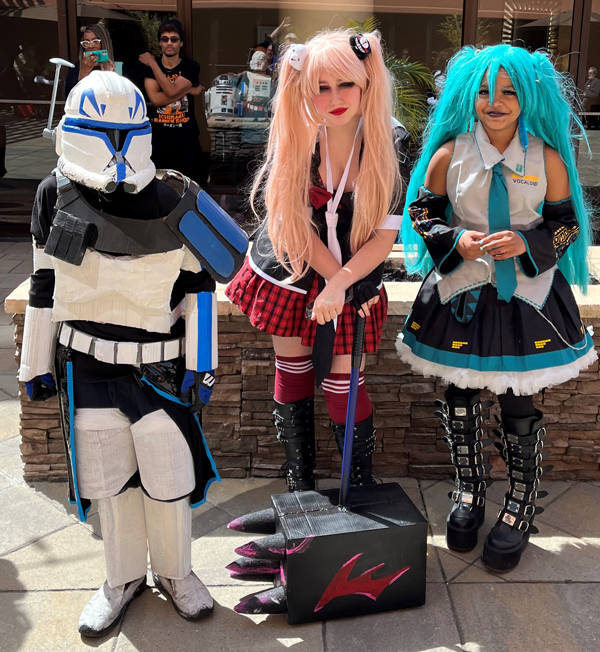 Contra Costa Con was first held in November 2019 before the 2020 show was canceled due to the pandemic. In 2021, the producers held Contra Costa Con 2 in Concord and the inaugural Tri-Valley Halloween Con in Dublin. They are a celebration of all things pop culture and Sunday’s show included nearly 100 exhibitor tables that filled the Golden Gate Ballroom and spilled into the lobby as well with toys, comics, jewelry, vintage and new collectibles, apparel, games, Legos, books and much more on sale.

Mundy, who operates his American Brick Builders store in Antioch and exhibits at comic con shows around the country, approached local event producer Jay Bedecarre at Bay Area KidFest several years ago with the idea of collaborating on a local comic con.

Bedecarre spent two years attending similar events around Northern California to see if it was a viable event type to add to his company’s portfolio of events. In addition to KidFest and Contra Costa Con, Bay Area Productions presents Super Holiday Boutiques, Bay Area Kids’ Book Fair, Bay Area Camp and School Fairs, Super Valentine’s Boutique and this year have debuted Bay Area SpringFest at the beginning of April in Todos Santos Plaza and Mom’s Day Boutique May 1 at the Hilton Concord.

Contra Costa Con 4 is in the Hilton on Sunday, July 17, with a Tribute to TV’s Golden Age. Featured guests scheduled to attend are Jerry Mathers (Beaver Cleaver of Leave It To Beaver), Jon Provost (Timmy on Lassie) and Charlotte Stewart (Miss Beadle on Little House on the Prairie; also in Tremors, Eraserhead and Twin Peaks). Bedecarre reports more special guests will be announced.