His experience at the World Championships ended abruptly last weekend when 2021 Junior World champion Hasrat Jafarov of Azerbaijan, who went on to win the bronze medal, defeated Omania, a redshirt freshman at Michigan State, by technical fall in the 67 kg (148 pounds) qualification round in Oslo.

Jafarov won his next match but was then beaten by technical fall in the quarterfinals by No. 1 seed, 2020 Olympic gold medalist and eventual 2021 World Champion Mohammadreza Geraei of Iran. That result eliminated Omania from the tournament.

In order to represent the USA in the World Championships all the 2018 CIF State wrestling champion from De La Salle needed to do was defeat past Senior Nationals champion Hayden Tuma, then No. 2 seed and 2016 Olympian Jess Thielke in the semifinal round and finally 2020 Olympian and No. 1 seed Alejandro Sancho in a best-of-three final series for the World Team berth which Omania swept in two matches.

Omania credited his mental preparation for those victories over America’s most recent two Olympians to the person he considers his biggest influence, former De La Salle wrestler Luke Sheridan. Indiana wrestling alum Sheridan told Omania just before the match with Thielke, “Just pretend it’s a shadow. Just wrestle the shadow.” That he did!

Those victories and his World Championship berth came in a year that greatly tested Omania’s spirit. In February, his wrestling coach since he was five years-old, Mark Halvorson, died suddenly.

Halvorson guided Omania through his wrestling career starting at the Community Youth Center in Concord and then at De La Salle where the pair achieved the school’s first-ever CIF State championship in 2018 when the four-time league and three-time NCS champion was seeded No. 1 at 145 pounds and backed up that ranking by getting to the top of the podium after winning his last two matches in hair-raising fashion.

The death of Halvorson hit Omania hard and his results this year suffered as he had two defeats in the Big Ten Championships, the NCAA Championships and at the USA Olympic Trials, where his top eight finish was obviously not good enough to earn the berth in Tokyo.

This was the fifth time the Concord athlete represented the USA in international competition. He won bronze at the 2019 World Junior Championships and that same year also claimed the 67 kg spot on the U23 Greco-Roman World Team. Omania was a Junior World Team member in 2018, as well as on the 2016 Cadet World Team. 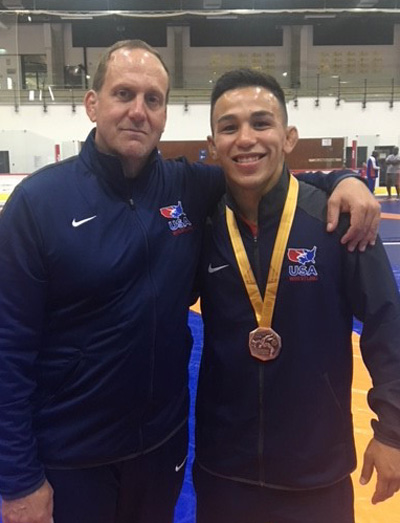 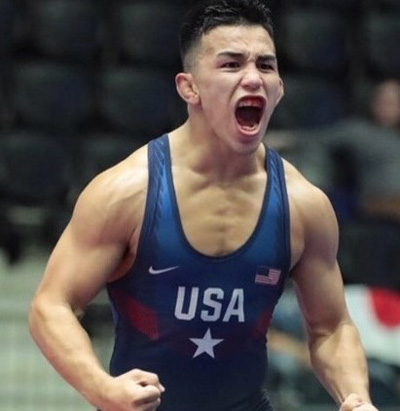 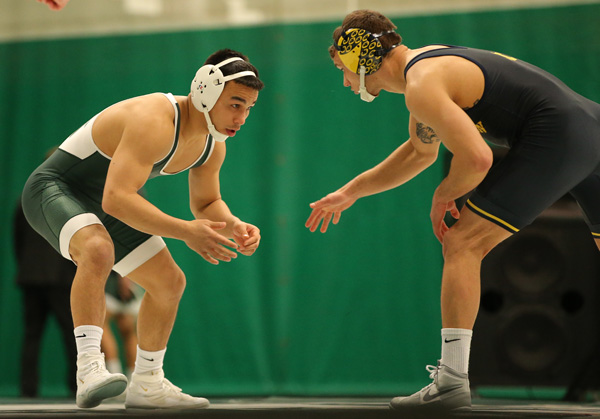 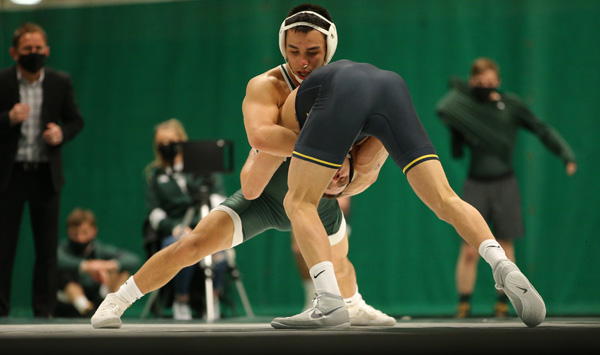 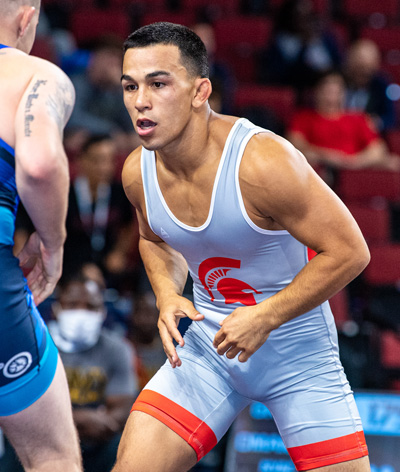 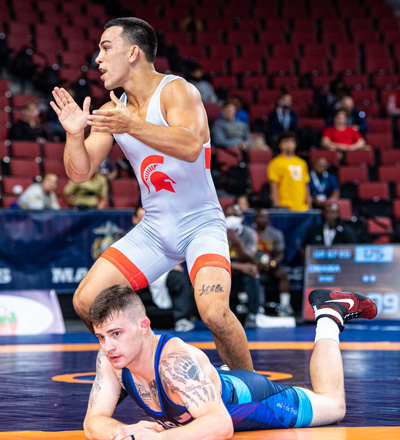 On the world stage

“All I wanted to do was to wrestle on the world stage,” he said after making his first senior American Greco Roman team. That dream was realized after some self-reflection following the Olympic Trials when Omania began to look back at everything, the wins and the losses, that brought that five-year-old kid from Concord to a moment of indecision.

“I was just sick and tired of doubting myself,” Omania said. “I felt like I was wrestling not to lose rather than to win. Previously in high school, I would convince myself that I could run through a brick wall,” Omania said. “I could do anything. I was unstoppable.”

The rise in [collegiate and national] competition changed something along the way. Omania became consumed with opponents with better stats or bigger names, and they started getting the better of him.

In order to change the outcome, he needed to tweak all the habits along the way. He wanted to show up to every workout buzzing with positivity. He had to treat losses as one more lesson in how to become a champion.

“You can identify it pretty quickly, even as an average spectator, when someone steps out on the mat and they are truly enjoying their time and enjoying their moment,” Michigan State coach Roger Chandler said. “That’s Peyton. The lights come on and Peyton shows up.”