The weather was balmy and the music cool. Locals have enjoyed Thursday Music and Market concerts all summer, but the Aug. 4 performance doubled as part of the annual 5-day Jazz Festival.

Reyes brought some friends and special guests along, including singer and keyboardist Janice Maxie Reed who he has known since childhood. Tal Morris played guitar. Other band members included Julie Homi on keyboards and Billy Johnson on drums.

“During the pandemic,” Reyes told the crowd, “Janice and I did things you wouldn’t believe. We played in parking lots. And we played in cul de sacs. We played in living rooms that were so gigantic but only had 2 people. But you know what? We thank god that we got the chance to play music because music is healing.” 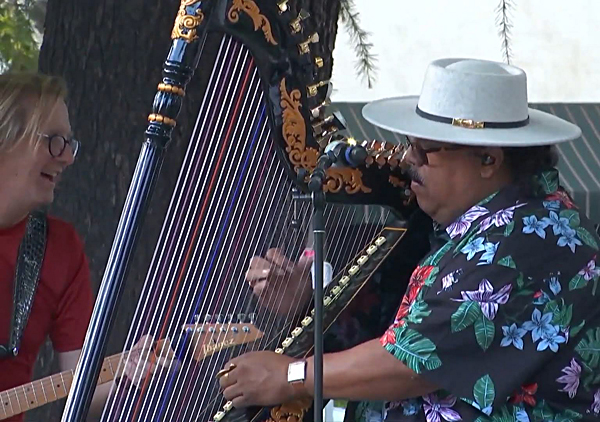 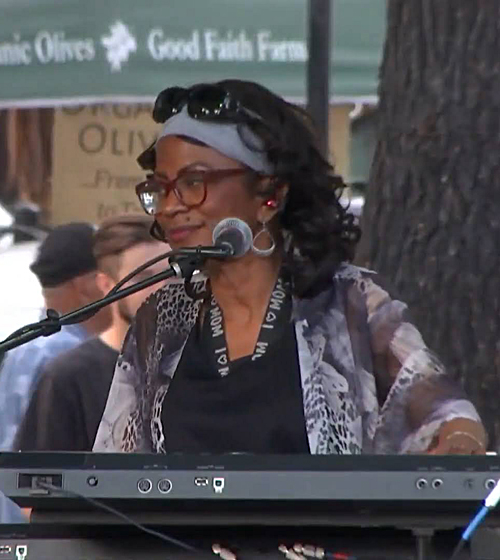 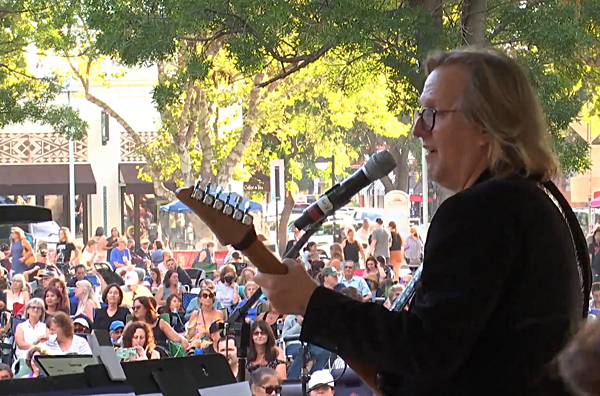 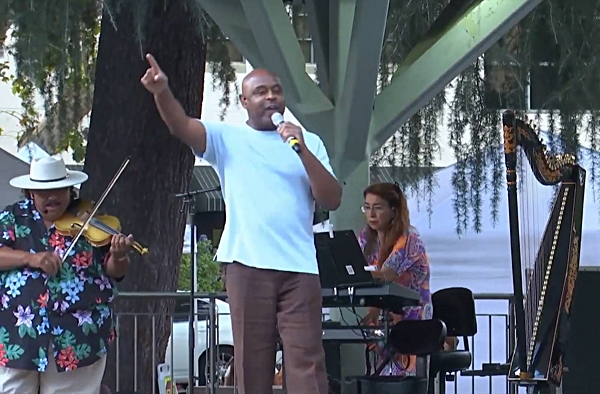 While still in his teens, Reyes performed instrumental background music for the children’s shows “Sesame Street” and “Villa Alegre.” He has toured the world and shared stages with many greats including Wynona Judd, Willie Nelson and the Doobie Brothers. 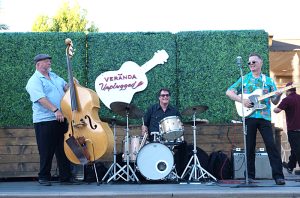 The Concord Jazz Festival kicked off on Wednesday with a performance by the Jinx Jones Trio at The Veranda Shopping Center. It continues through the weekend with the following events:

Find a full calendar of all events including registration links for each HERE.

Concord has had a long and passionate bond with jazz. The first Jazz in the Park Festival happened in 1969, with over 17,000 in attendance. The event was held in an undeveloped 8-acre field next to Concord High School, now known as Dave Brubeck Park. That first festival was the inspiration of jazz devotee and local businessman, Carl Jefferson. The City of Concord supported the plan. The festival’s success established a jazz influence in Concord and led to the start of Concord Jazz Records and the building of the Concord Pavilion.