CONCORD, CA (Mar. 24, 2022) — Back in 1942, the Concord Naval Weapons Station was developed, the St. Louis Cardinals won the World Series, car makers switched to making war materials and 26 countries agree to create the United Nations. And, the Mt. Diablo Circle 170 of the United Ancient Order of Druids was instituted.

Launched in February 1942, the group of 34 included families, husbands/wives and mother/daughters. Many were Italian with names like DeBenedetti, Ginochio and Cereghino. There are now 122 who help keep the circle active.

The Druids were from Ireland and migrated to Italy many years ago. Through the years, they came to the United States and spread across the nation. They call each group a circle, and the Concord Circle has been involved in the Grand Circle of California. Many members have become the Grand Arch Druidess of the state.

Each year, they recognize those in need and give gift certificates that enable families to purchase food for Thanksgiving and Christmas dinners. Five years ago, they were able to help more than 400 families.

They also donate to Meals on Wheels, Make-A-Wish Foundation, American Diabetes Association and American Heart Association. Concord groups that have been recipients of their generosity include the Crisis Center, George Miller Center, Battered Women and the Concord Historical Society.

Scholarships are another important factor for the circle. By pooling their money with sister and brother circles since 1952, they give 10-20 students scholarships each year.

I was fortunate to attend the 80th anniversary celebration of the Concord Circle on 2/22/22. I enjoyed the camaraderie of women and men who have been friends all their lives and have the same philosophy of giving back to their community and serving the less fortunate.

Congratulations Circle 170 and thank you for all you do for Concord. 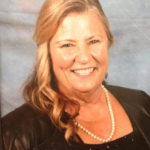