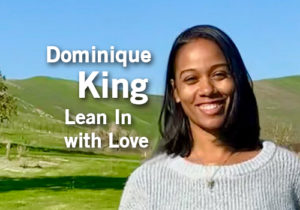 Q. In March, I discovered my spouse was having an affair. I was shocked because, at the time, so was I. I decided I would come clean, with the expectation he would, too. Three days later, I confessed. I asked him if there was anything he wanted to tell me. He said no and proceeded to tell me he forgave me. Admittedly, I was upset and revealed all the evidence on him I had. Only then did he admit his infidelity. I am hurt. He chose to lie instead of coming clean. When I try to express why what he did was wrong, all I get is, “We are both wrong. Let’s move on.” Is that fair?

A: The idea of what is fair in a situation when both parties are wrong is a complex sale. You decided to come clean only when you felt safe. Your safety doesn’t dictate his. You both have been misleading, lying and hiding damaging truths. That behavior is not going to right itself overnight.

You had three days to process the information you discovered and to make peace with divulging your infidelity. Your spouse had only the moment you confronted him.

Was your tone the same airing out your discretion vs. airing his out? He went from the odds in his favor to defending his actions. You had the luxury of time to craft your story’s delivery instead of being caught by surprise. It sounds to me that your husband’s recourse was to hit the factory reset button and chalk everything up as a loss. He may feel he has reacted to all of this better than you have, and you are trying to shift blame.

I do not know many people who voluntarily incriminate themselves. The man had a golden opportunity to sweep his dirt under the rug and move on with you. While it was self-serving, he took the easy way out.

On the other hand, maybe your husband did not want to end his affair. Your truth vindicated him from any wrongdoing. He could continue his relationship and not feel guilty.

Looking to be less wrong

You both are looking for ways to be less wrong, to soften the blows you have inflicted on each other. However, for your marriage to have a chance of not becoming a place where you both miserably reside, some individual work is necessary. Picking out small pieces that only benefit your version of right and wrong is a recipe for disaster.

Your husband admitting that he should have said, “me too,” would change nothing. You both are the villains in this story. Individually, you need to decide if his failure to come clean is your make-or-break moment. If you are jointly choosing to remain together, what kind of marriage do you both want?

Together seek out professional individual and marital help. An opportunity to change the trajectory of your union does exist. It starts with both of you taking accountability.

Be well; you are worthy. 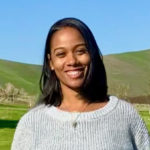 Dominique King is a blogger who centers around marriage, family, fitness and personal growth. Her insightful and practical approach to advice gives everyday couples, parents and individuals a space to get answers to their questions.