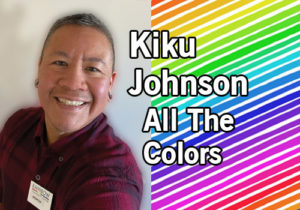 CONTRA COSTA COUNTY, CA (Mar. 20, 2022) — On Nov. 20, 1983, I was 10 years old and cozied up for an evening of TV watching as “The Day After” premiered. It was at this moment I developed the fear that the United States was poised on the brink of nuclear war with the Soviet Union.

This two-hour sci-fi drama felt real and inescapable. I lived in communities in the Midwest where people were actively building bomb shelters into the earth, along with lesser financed options for “safety” and families all around purchasing gas masks.

Growing up in the ’80s was all about riding bikes without helmets, not wearing seatbelts and the ever-present awareness that we could at any moment be thrust into a global nuclear conflict. I rode on bikes and in cars with no fear, but the concern of World War III with the Soviet Union was part of me on a cellular level after viewing these two hours of horror without any family conversation.

Nearly 40 years later, I would never consider getting into a car without seatbelts or riding a bike without protective gear, yet I still feel my fourth- through seventh-grade self not knowing how to physically protect myself from something as incomprehensible as war. I haven’t felt this way since watching that movie in ’83. Now the imagery and accounts are accessible and reportable every moment on innumerable news outlets and from people directly via social media.

Do we rise up to fight like the Ukrainian people? Protest and put sanctions on oil? Cry? Pray? We know people are fighting for their freedom and so much more needs to be happening with relations and policy.

I think of this quote from Ian Maclaren, “Be kind, for everyone you meet is fighting a hard battle.”

What battle are you fighting or noticing being fought around you?

The last day in February, I attended a candlelight vigil in San Ramon for a 15-year-old trans man who took his life. I looked into the hearts and eyes of his parents and sibling, having never spoken before at such a gathering and about someone I did not have the privilege of meeting.

I knew how important it was to be there. To show up. To be visible. To speak for our LGBTQI+ communities.

So many of us wrestle with mental health, especially our young people. How does one make sense of the world, given these difficult times?

Our Rainbow Community is also grieving the life of John Haberkorn, an elder, voice and leader in our community who passed from lung cancer. He had been a longtime supporter of our LGBTQI+ community. Our queer elders like John have been looking toward our emergence on the other side, from when the Bay Area was a center of the HIV/AIDS epidemic for several decades to the current COVID pandemic. And we are still fighting both battles.

I am brought back to the writer and social justice activist adrienne maree brown and one of her Emergent Strategies, “Small is good, small is all (The large is the reflection of the small).” As we watch the unfolding of the war from our seemingly safe distance in the West, we can all take a moment to think about the battles small and large we are fighting every day. We are all living aware and, I hope, striving to stay aware.

Start small today. Be kind. Tell someone in our life that you love them. Reach out to our young people and our elders in all our communities and connect. Ask them questions. Engage one another. Let’s continue to co-create a world where the large becomes a reflection of our love. We love you, Max. We love you, John.

Send ­questions and comments to kiku@rainbowcc.org. 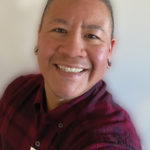 Kiku Johnson is Rainbow Community Center’s executive director. As a man of color and trans experience, Kiku has invested his life engaging and elevating youth and adult voices of marginalized intersectional identities. Send ­questions and comments to kiku@rainbowcc.org.