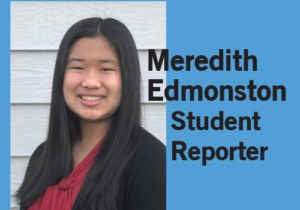 The city held a virtual ribbon cutting ceremony on Feb. 28 to commemorate the completion of the community mural.

Deli owner Mary Totah thought the design would complement the rustic decor inside of the restaurant. Senior Emma Postlethwaite proposed the picnic and truck concept. Although she appreciates the beauty of strictly landscape murals, Postlethwaite wanted to add something different to the view.

After the students had a rough idea of what they wanted to bring to life and received the go ahead, they began sketching the terrain on Parma Deli’s west wall with colored pencils. Meeting up in the early morning each Sunday, the dedicated artists finished the mural within one month.

More murals in the works

The successful mural has sparked the interest of other El Monte or “midtown” shopping center storefronts. Stealth Sports Center is next in line, eagerly waiting its own art-filled wall.

Meanwhile, Hughes said other students intend to start another mural on the Clayton Valley campus. It seems the students at Clayton Valley have had their artistic visions awakened.

For Postlethwaite, working on the deli design made her realize just how much she enjoys mural painting. She hopes to be involved in similar projects.

These community efforts are a great way for the younger generation to give back while gaining valuable experience should they pursue careers in the arts.

Parma Delicatessen, a family-owned restaurant established in 1988, is known for pleasant customer service and delectable sandwiches. Totah says you can find her working at the deli six days each week, alongside her sons Sam, Mark and Chris. In addition to specialty sandwiches, Parma offers hot entrees, salads and sides. The restaurant is located at 3521 Clayton Road. 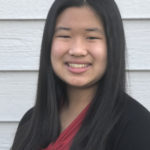