WALNUT CREEK, CA (June 11, 2022) — March for our Lives rallies mobilized in Oakland, San Francisco and all across the country on Saturday. Concerned citizens also came together in Walnut Creek, CA.

“Thoughts and prayers are not enough,” Goetz posted on her Instagram. “On March 24, 2022, nineteen students and two teachers were killed in a school shooting…Children woke up that morning, got ready for school, and never returned home. It’s unacceptable. On June 11, we’re taking a stand against gun violence and speaking out against silence.”

Goetz would like to see a national policy that limits sales of assault rifles, especially to young people. The rally she organized gathered a crowd in Walnut Creek’s Civic Park to demand gun control legislation.

The right to live

Congressman Eric Swalwell (CA-15) was also on hand to show his support, and addressed the crowd. “I’m so honored that so many of you care enough about our community that you’d show up for the simple idea that our kids, that the people who live in our community, that their right to be safe at school, and to come home after school, that your right to shop at a store, dance at a concert, pray at a synagogue, is greater than any other rights in America. It’s the right to live.” 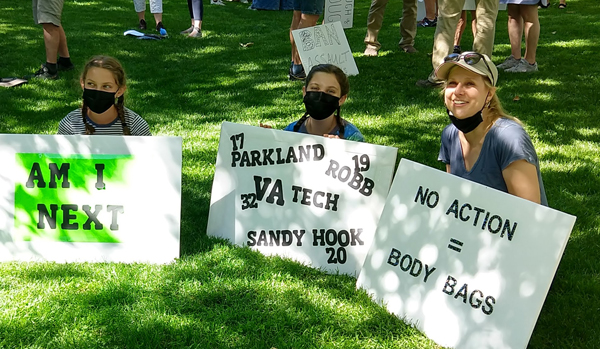 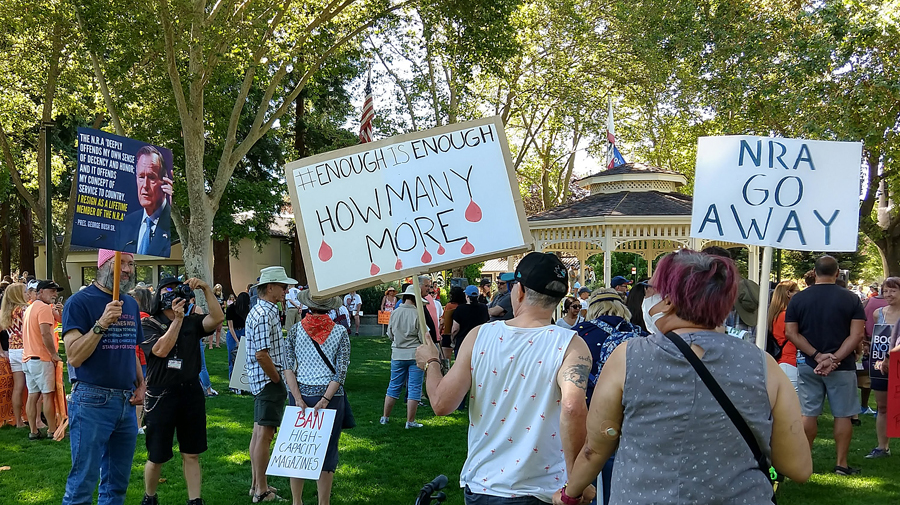 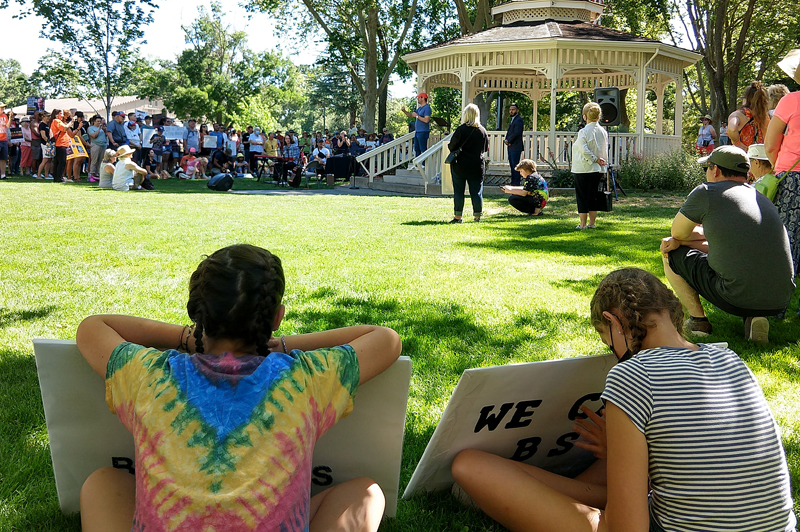 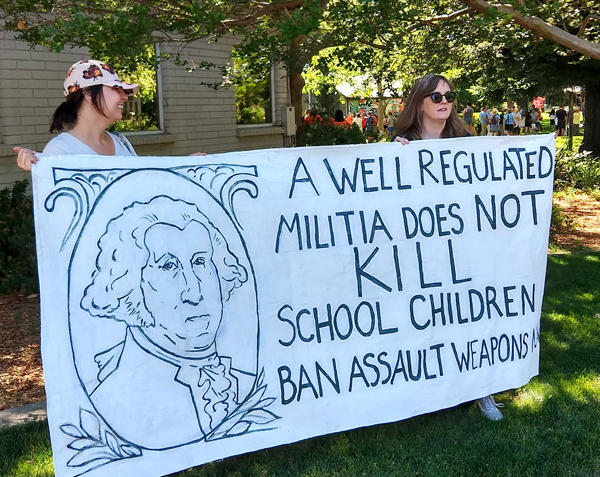 The group brought protest signs and wore t-shirts to express their concerns about gun violence. “You’re here because you want to protect the community,” Swalwell said. “If you are against what is going on here, if you’re not for our kids, you’re with their killers.”

The congressman called for legislation requiring background checks, red flag laws, and bans on high-capacity magazines. He also voiced support for changing the Senate filibuster rules if that’s what it takes to save lives.