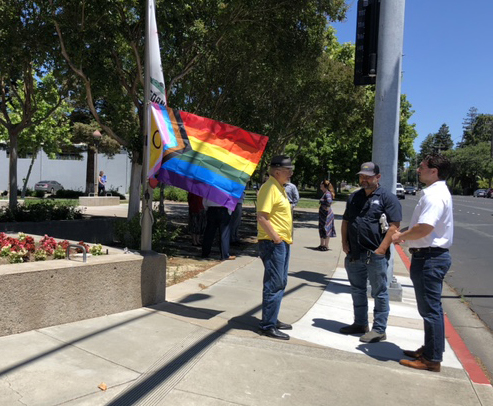 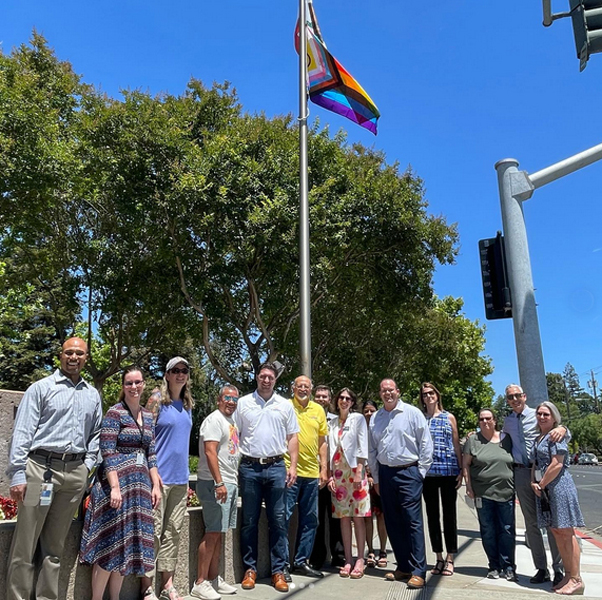 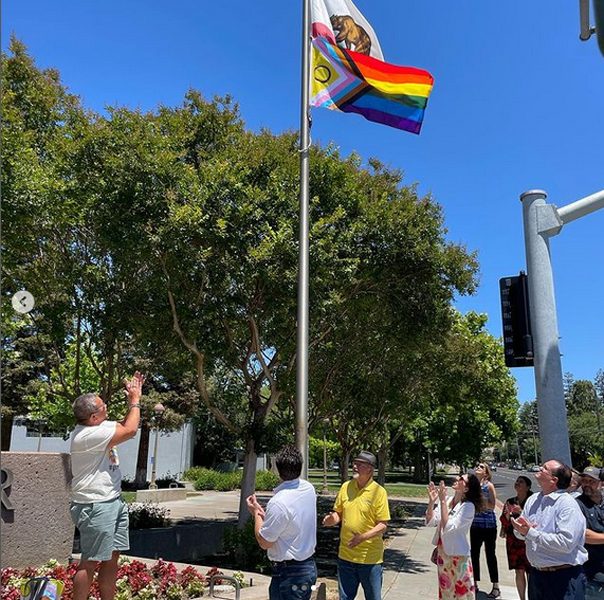 Mayor Aliano remarked, “this is the fifth annual raising of the Progress flag. We appreciate the partnership we have with the Rainbow Community Center. This is something we will continue to do and I’m glad we have the support of the full city council.” Rainbow Community Center Executive Director Kiku Johnson said, “I’m just really grateful to have this representation and visibility here.” 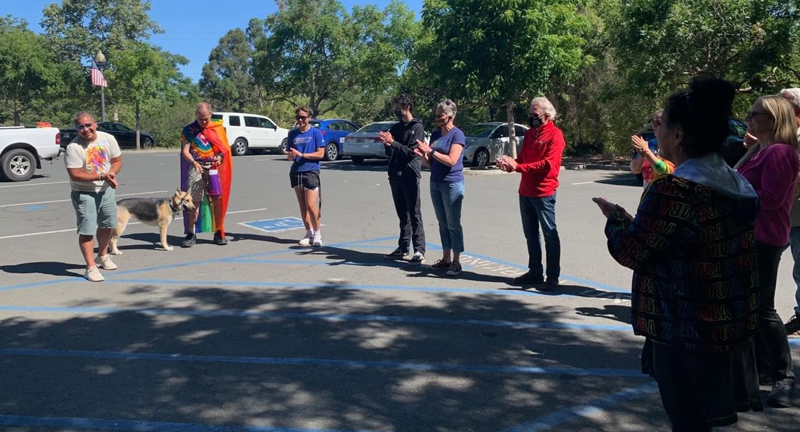 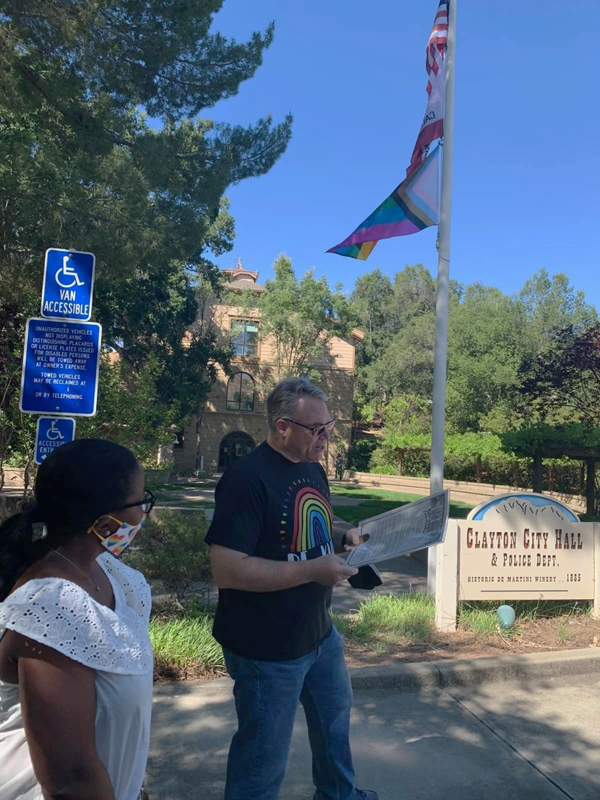 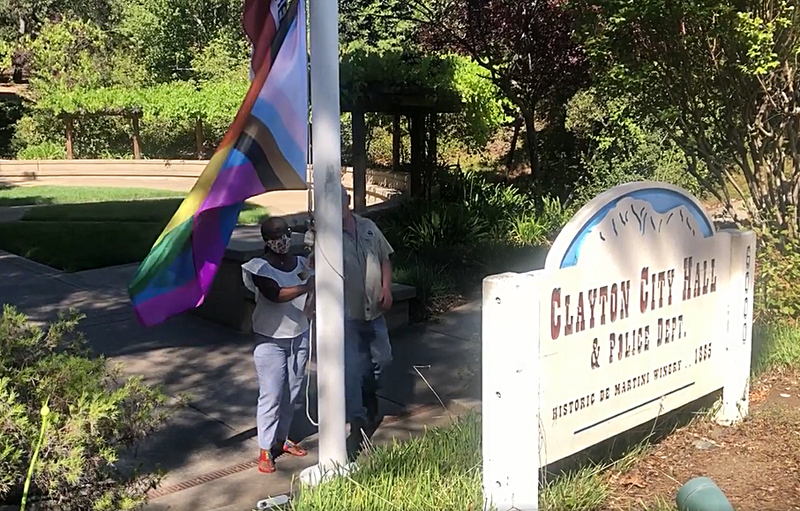 From Contra Costa’s largest city to its smallest

Over in Clayton, a gathering of locals hoisted the Progress flag for the third year. The ceremony included Mayor Peter Cloven, Vice Mayor Holly Tillman and Councilmember CW Wolfe.

The mayor read a proclamation stating that “The City of Clayton is strengthened by the diversity of ethnic, cultural, racial and sexual identities of its residents, all of whom contribute to the vibrant character of our city.”

Noting that efforts to ensure equitable treatment of LGBTQ+ persons are facing current challenges throughout the nation, Mayor Cloven said it is “important for cities like Clayton to stand up for our residents who are affected.”

Clayton will hold its first ever Gay Pride March later this month. According to Clayton Pride, the parade will start down Main Street at 10 a.m. Saturday, June 25, and will  include floats, dancers, city officials and other parade requisites. The parade’s theme is “Every Color in the Rainbow.” Everyone is invited to dress colorfully.