CONTRA COSTA COUNTY, CA (Aug. 20, 2021) — Although we continue to face challenges dealing with COVID-19 and its variants, most local sports organizations and schools have returned to somewhat regular training and competition schedules.

With this encouraging turn of events The Pioneer is now resuming our popular Sports Shorts feature that we put on hiatus in March 2020. This has been part of our sports section since The Pioneer started in May 2003. Please feel free to submit news items to us at sports@pioneerpublishers.com.

Junior forward Yasmine Garrett of Mt. Diablo High School was named to the first-team all-State Division IV girls basketball team for the 2021 season by CalHiSports.com. Coach Ronnie McGee credited Garrett with helping the Red Devils to their first winning season in at least 20 years, including a four-point win over Pittsburg High. She averaged 21 points a game and was the second leading scorer in the Diablo Athletic League. Garrett had games during the spring season with scoring totals of 40, 37 and two 24-point outputs. “Her efforts are changing the culture of Mt. Diablo girls basketball program for the future,” coach McGee said of his incoming senior.

Even before he begins his senior season for De La Salle High, defensive back Zeke Berry announced his decision to attend the University of Arizona after his graduation next spring. Berry, who impressed in January at the National Preps Collegiate Showcase as the Defensive MVP to raise his profile as the No. 1 Bay Area recruit, will join his Spartan teammates in their season opener next Friday in Stockton against St. Mary’s.

Former DLS star Henry To’oto’o made national news when he entered the transfer portal after his sophomore season at the University of Tennessee and eventually announced he was headed to national champion Alabama. The Crimson Tide was a favorite to land the 2019 Spartan grad before he selected Tennessee. He had two excellent seasons with the Volunteers but was one of several high-profile transfers after a change in the Tennessee coaching staff following the 2020 season. He’s been touted as a potential starter for Alabama after recent pre-season workouts.

Blaze Basketball tryouts for boys and girls in second through 12th grades are begin held this month at Clayton Community Gym. Hopefuls should register online at blazetravelball.com/tryouts. For complete information on All Out Sports League adult and youth programs including camps and clinics, visit alloutsportsleague.com.

The Terrapins Swim Team sent 20 senior level athletes to compete at the CA/NV Long Course Sectional Championships in Roseville last month. This was the first higher level meet the team has participated in a year and a half.

For tickets contact Lou Adamo by phone (925-212-9332) or mail (Hall of Fame Dinner, 1401 Stonecreek Ct., Martinez, CA 94553). Tickets are $55 and checks should be made payable to MDHSSHOF. Proceeds help fund girls’ and boys’ athletic and academic programs at the school.

Junior Optimist Baseball League is having co-ed baseball this fall for ages 4-9 years old. Fall Ball will be held on eight Saturdays starting Sept. 11 through Oct. 30 at the JOBL Complex in Concord. The program is considered both instructional and recreational baseball. JOBL fall ball has been held for the better part of 20 years while the traditional spring JOBL season was first held in 1963. Visit joblconcord.com for more information and to register. 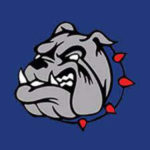 Coach Joe Sullivan says the first cross country practice for boys and girls in third through eighth grades is Aug. 20 at Newhall Park at 3:45 p.m. Basketball begins in September and runs through the playoffs in the new year. Boys and girls in second through eighth grades can take part in CYO basketball. For more details on cross county contact Sullivan by email rleprcn@pacbell.net or phone (925) 969-0207. For St. Bonaventure basketball contact Ferd Santos stbonaventurecyo@gmail.com or (925) 270-9390. Registration is taken online at stbonaventurecyo.com.