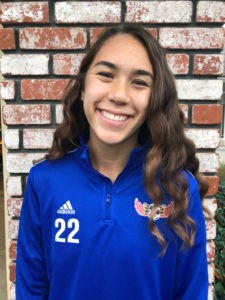 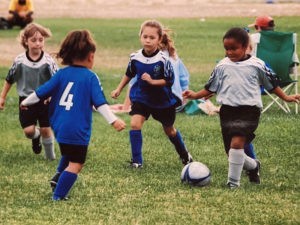 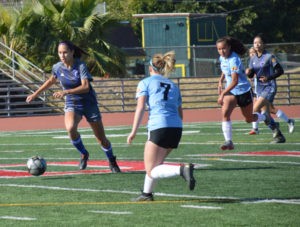 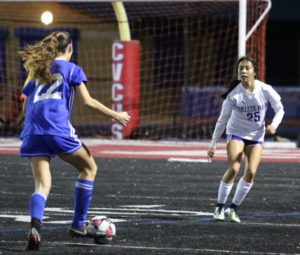 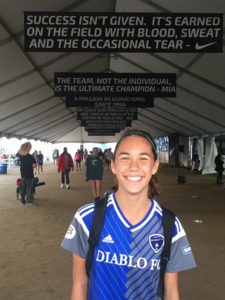 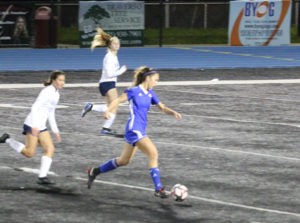 Last year, Velez’s soccer future seemed bright and secure. She started at forward every game of her junior season on the Ugly Eagles varsity which lost only one Diablo Athletic League game and Velez was named DAL Offensive MVP after leading the league with 17 goals. She verbally committed to San Francisco State to play soccer on scholarship. However, the adversity facing student athletes brought on by COVID-19 has turned Velez from being certain of her next steps to simply hoping for the best.

Despite participating on varsity tennis her first three years and swimming for 11 years including as a freshman and sophomore on CVCHS varsity, Velez considers soccer her “main sport.” In fact, it’s something her life has revolved around since the age of six. She began playing on AYSO teams and then moved onto higher recreational programs. She joined her competitive year-round club soccer team, Diablo Valley Wolves (formerly Diablo FC), seven years ago and has been a team captain the last four years. This term’s condensed high school sports calendar has soccer and tennis at the same time, which means she will miss the final year on the tennis court with her teammates.

Not a typical season

Since March, Velez has been substituting her typical soccer season—involving team training with league games or tournaments nearly every weekend all across the state—with regular private strength training, soccer workouts and even non-contact zoom workouts with her team. Finally, in late October the Wolves travelled to Mesa, Arizona, where they played their first tournament in seven months. They went 1-1-1 and Velez scored one goal. Usually at this time of year she wrapped up her club season and attended high school tryouts. Instead, high school coaches are now urging players to stay in shape with their club teams and to continue to look for out-of-state tournament opportunities.

Aside from the uncertainty of high school athletic seasons this term, online learning has proved to be another area of challenging, uncharted territory for Velez. She says remote learning “has taken an immense toll” on her life. Along with most other high school students, she assumed her senior year would be “full of football games, senior activities and days in the classroom, but it hasn’t turned out the way I expected. I don’t particularly like online school, but it’s bearable.” While maintaining a 4.5 GPA, she has taken part in the Clayton Valley Charter Engineering and Design Academy for four years and has been a member of ASB Leadership for two. She is also a confirmation youth group leader at St. Bonaventure Church and a swim instructor. Velez still has high hopes to play soccer at SF State next fall, but regardless of where her “play things by ear” plan may take her, she is sure that she will find success in the future on the soccer field and beyond.

The Pioneer congratulates Rylie and thanks Athlete Spotlight sponsors Dr. Laura Lacey & Dr. Christopher Ruzicka who have been serving the Clayton and Concord area for 25 years at Family Vision Care Optometry. www.laceyandruzicka.com