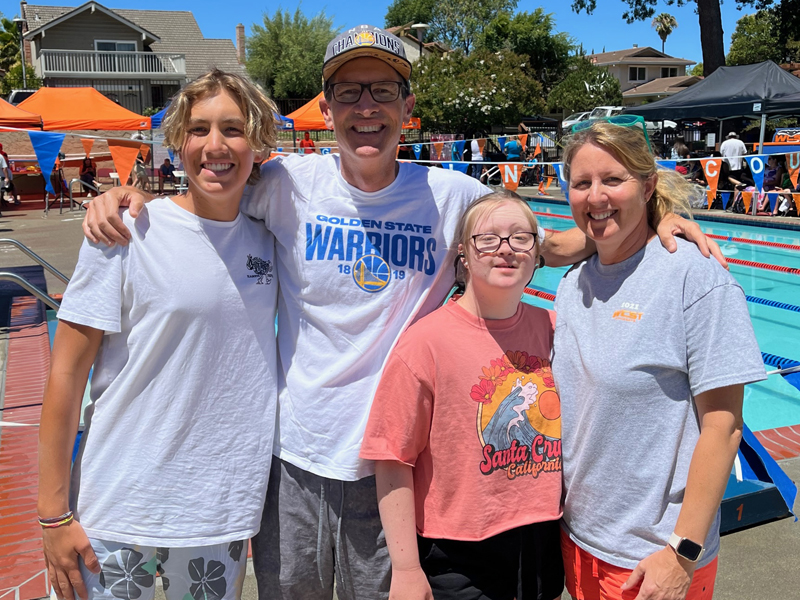 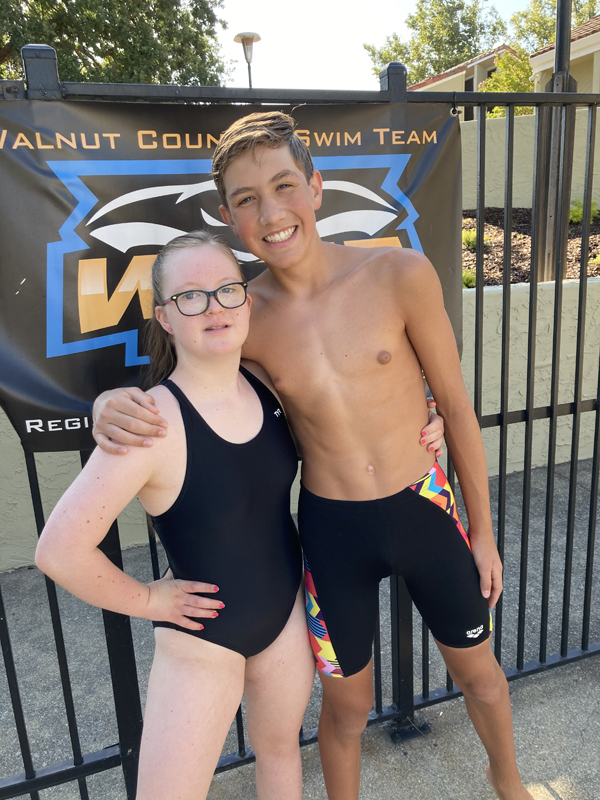 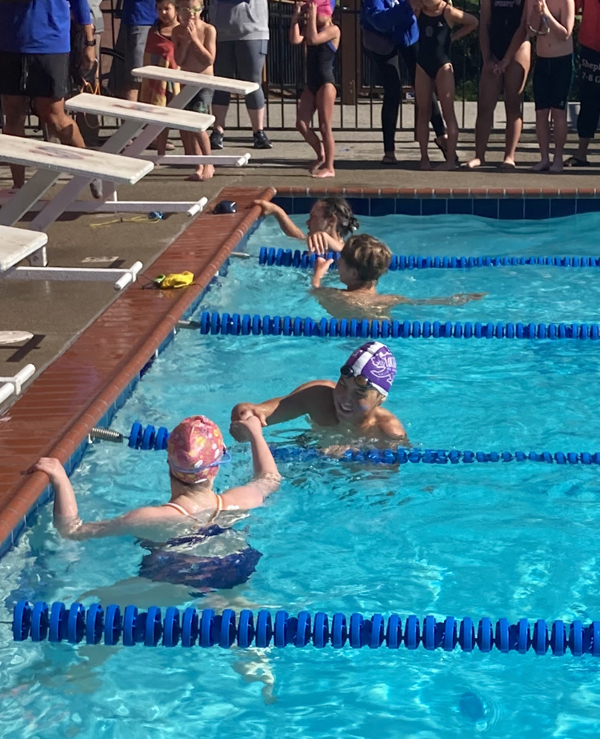 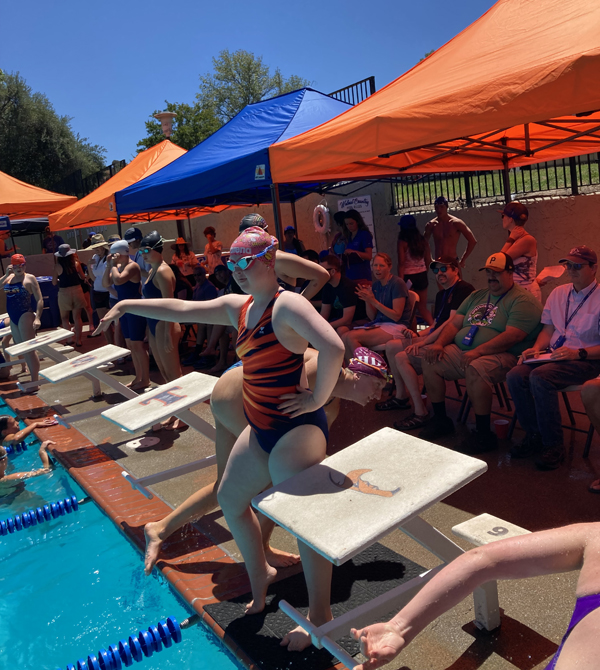 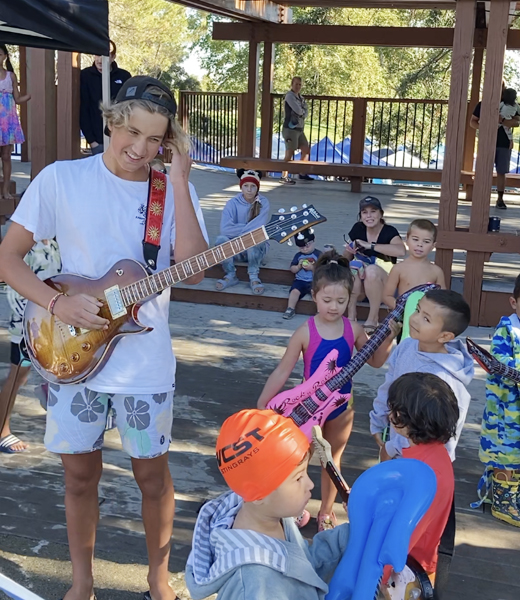 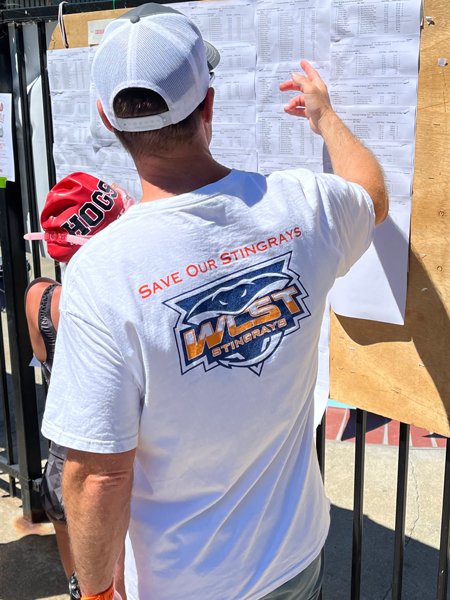 At this month’s Crossings Challenge, the host Walnut Country Swim Team hosted competition for over 500 rec swimmers including two of their own Stingrays, Grace and Brady Cannon. Younger brother Brady moved up to the 15-18 age group this summer and he placed first in A division for the 100-yard freestyle, backstroke and butterfly (barely missing some pool records) while his sister was in the top four in the B division individual medley, free and breast.

Brady will be a sophomore at Northgate High this fall, a year behind Grace. The 17-year-old sister, who was born with Down syndrome, will be on the Broncos varsity cheer team after being on the JV squad the past two years.

Besides swimming for Walnut Country, Grace has played baseball in the Clayton Valley Little League Challenger program for five years and her brother has been coaching there the past three seasons. She joined the Stingrays last year after watching and learning from Brady’s meets since he was eight.

Mom Traci swam for the Stingrays growing up in The Crossings. She says Grace doesn’t like loud noises or crowds but she’s now right in the middle of the excitement generated at swim meets and all the Northgate sports and school events she cheers at, and her daughter says she is “having fun.”

With Brady’s swim meets and other activities including his work in his stagecraft class for the school’s drama department and Grace’s cheering at sports events and school functions, the Concord family that also includes dad Mike feels like they are traveling over Ygnacio Valley Rd. to Northgate almost non-stop.

Brady has part-time jobs this summer coaching the Walnut Country Little Rays and as a lifeguard at Concord Community Pool where he is an adaptive and rescue lifeguard. He is “saving up for a car” so when he turns 16 next April and he gets his driver’s license he can drive his sister to her games and activities.

As part of the powerful Northgate swim team Brady has to attend at least one of two 5:30 a.m. weekly practices before he heads off for his 7 a.m. leadership class. His favorite classes are math and stagecraft while Grace likes dance and her duties as a teaching assistant.

Being exposed to the special needs community through his sister, Brady wants to find a career as an occupational therapist for that population. His sister is thinking about going to Diablo Valley College in a couple years before finding her career path.

The Pioneer congratulates Grace and Brady and thanks Athlete Spotlight sponsors Dr. Laura Lacey & Dr. Christopher Ruzicka who have been serving the Clayton and Concord area for over three decades at Family Vision Care Optometry.