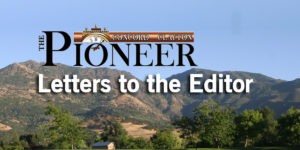 PLEASANT HILL, CA (Jan. 20, 2023) — The League of Women Voters believes that voters, the only true voice of the people, decide who should represent them. In the recent election, voters made it clear that Zhanna Thompson was their third-place choice of six candidates to fill two seats on the Pleasant Hill City Council.

Now that Ken Carlson has been elected to the County Board of Supervisors, it is necessary to fill his vacant seat.

As a precedent, in 2011, the City Council filled a vacant position with the candidate who had the next highest number of votes, making this an established practice in Pleasant Hill.

The League of Women Voters of Diablo Valley believes that the Pleasant Hill City Council should follow their traditional process, carry out the will of the voters, and appoint Zhanna Thompson at the next City Council Meeting.

The Pioneer welcomes letters from our readers. Letters concerning current issues will have priority. We may edit letters for length and clarity. All letters will be published at the editor’s discretion. We will not print anonymous letters. Submit letters here.