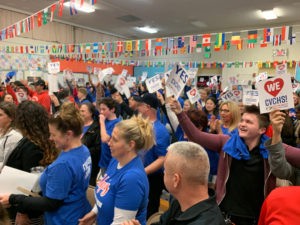 The Contra Costa County Office of Education board followed its staff recommendation Wednesday evening and conditionally approved a five-year renewal for Clayton Valley Charter High School. The approval didn’t come without a touch of drama.

Following over two hours of presentations, board questions and public comment from 32 supporters of charter renewal, Board vice president Vikki Chavez made a motion to approve the staff recommendation. No board member seconded the motion until President Mike Maxwell did. When the vote took place Chavez and Maxwell both voted in favor while first-term trustees Sarah Butler and Annette Lewis voted no. 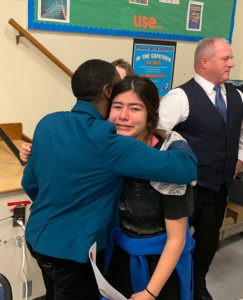 That left Dr. Fatima Alleyne to cast the deciding vote. Alleyne is the only one of the five trustees who does not represent voters within the Mt. Diablo Unified School District, which operated the school until the charter conversion in 2012. After what seemed an eternity to the overflow crowd she voted to pass the motion, 3-2.

The school and county staffs must develop a Memorandum of Understanding agreeable to the County Board of Education. In addition, there are several “material changes” in the charter petition, including three issues raised by Butler and Lewis and Alleyne during the meeting. These also need board approval.

Associate superintendent Bill Clark had reported he anticipates a 90-day timeline to get an MOU developed with the charter school team for presentation to the board in February, setting up a potential final board vote in March.