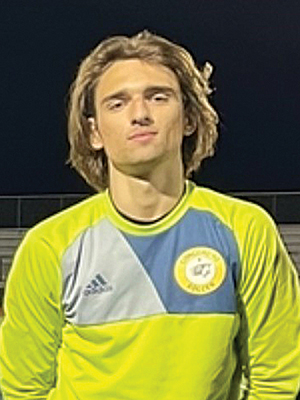 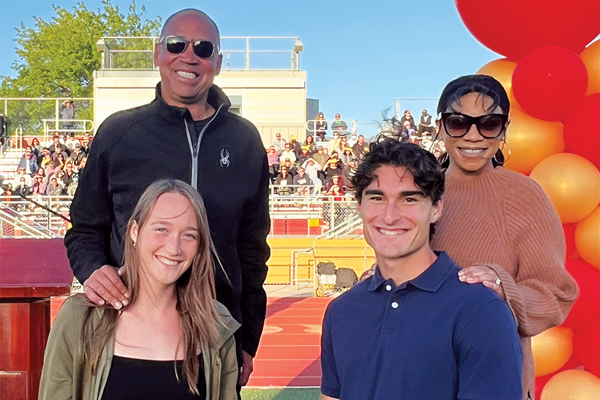 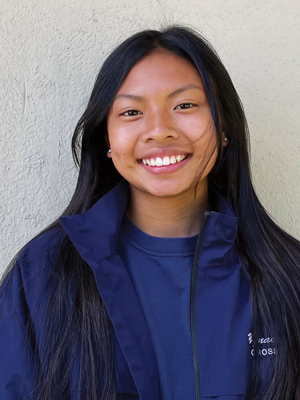 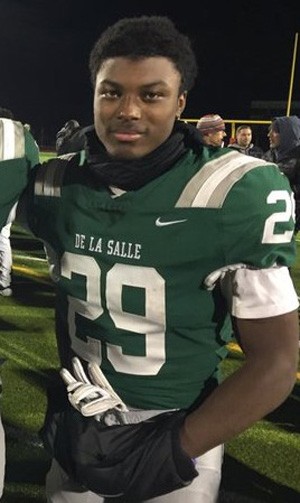 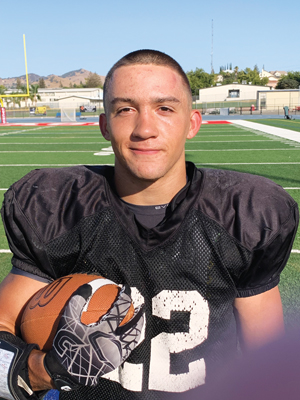 CONCORD, CA (June 22, 2022) — Local high schools announced their athletes of the year honoring students who had excelled in their chosen sports this 2021-22 school year, the first time since these athletes were freshmen that all three seasons were fully held to completion.

Cougar Athlete of the Year Talana Lepolo was a standout on the Cougar basketball team during her one and a half years at Carondelet. As a senior, she was named East Bay Athletic League Player of the Year, NorCal Player of the Year and a member of the Cal-Hi Sports All-State Elite girls basketball first team. Lepolo led Carondelet to the North Coast Section Open Division championship before their season ended in the NorCal finals. She signed a National Letter of Intent with Stanford University to continue her basketball career in the legendary Cardinal program.

Senior Co-Athlete of the Year Aubrey Newton competed in both water polo and swimming during her four years at Carondelet. She was most notably a member of the school’s first-ever NCS water polo championship last fall. She also competed at NCS in the 200-yard freestyle. She will be playing water polo this fall for California Baptist University.

Senior Co-Athlete of the Year Megan Dickert was a member of Cougar golf and basketball during her four years. This past school year she was awarded the Jim Capoot Memorial Award for the Elite Division at the 2021 West Coast Jamboree for a player that best exemplified sportsmanship, hard work and courage. She was also named to EBAL first-team basketball as a member of the team that won the EBAL and North Coast Section championships and advanced to the CIF girls basketball regional final. She will be attending the University of Wisconsin this fall.

Student Athlete of the Year Alison Arndt was a three-sport student athlete competing in cross country, soccer and track at Carondelet while maintaining a 4.55 cumulative GPA. In addition to this award, as a senior, Alison also received the Mathematics Department Award and was an AP Scholar with Honor and National Merit Semi-Finalist. She will be attending UCLA in the fall. 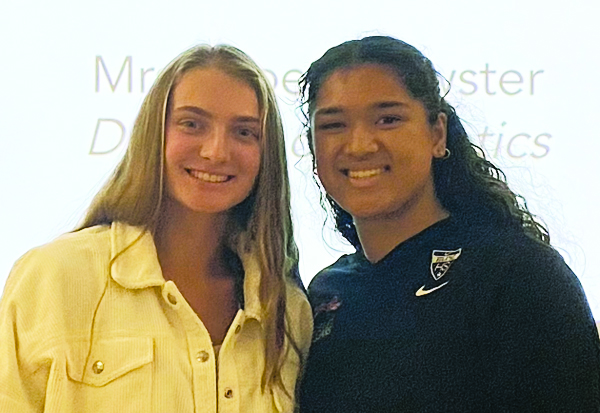 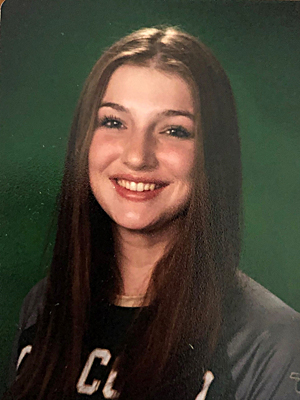 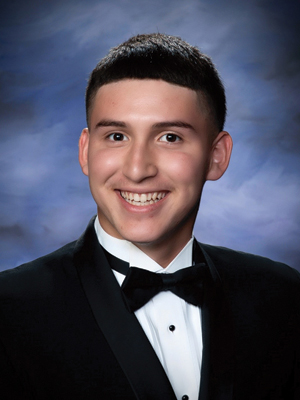 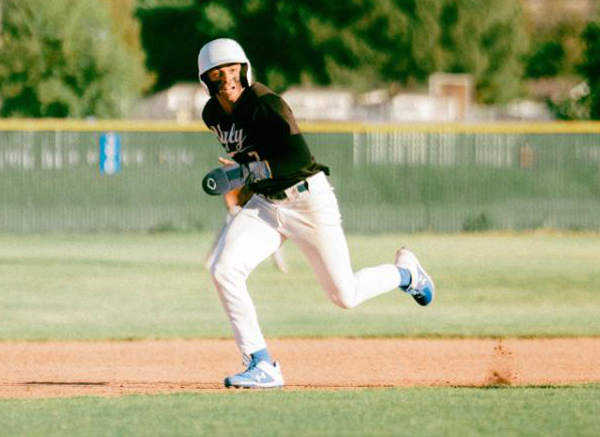 Female Athlete of the Year Jordan Woolery is rated as one of the best high school softball players in the country and will be playing for UCLA this fall. She leaves Clayton Valley Charter after rewriting the school’s softball record book with batting marks that sound more like a slo-pitch softball player rather than a batter facing fast-pitch offerings. She narrowly missed being the DAL MVP as a freshman in 2019 and after two years without much high school softball Woolery was the unanimous league MVP this spring and will be accumulating more post-season honors in the weeks ahead. She also was a key member of the CVCHS basketball team including two years as a starter with top three marks in scoring and rebounding.

Male Athlete of the Year Leighton Helfrick made his mark on the Ugly Eagles football and baseball teams as both reached the NCS playoffs. He played every game the past two years for CVCHS baseball roaming the outfield. He was awarded with all-league recognition this spring for the league champion baseball team that was briefly ranked No. 1 in the Bay Area. Helfrick will be attending UC Davis this fall. He was also presented the Matt Nolan Scholarship Award.

Eagle Leadership Award Tariq Adams was a football and trap shooting standout who excelled in the classroom with a 4.22 GPA that he’ll take to the US Military Academy at West Point this year.

Female Athlete of the Year Grace Geisler was a four-year varsity volleyball team member. She earned recognition as all-Diablo Athletic League twice. She could have been a four-year varsity player in multiple sorts but focused her attention on volleyball after her freshman year. She led the team in almost every statistical category and often played out of position so her teammates could be successful. Geisler was one of the top players in the league as well as one of the best volleyball players to ever play at CHS.

Male Athlete of the Year: Alex Hockenbery was on the varsity soccer and volleyball teams since he was a freshman. Before high school he played club soccer but had not played volleyball. He earned the starting goalkeeper position on the soccer team his freshman year and by his senior year he was named DAL Defensive MVP. He was a starter on the volleyball team as a freshman and his senior year started as an outside hitter on both offense and defense. He is a major contributor on the court and a big influence in the team’s success. He was also chosen as a captain on both soccer and volleyball teams.

Athlete of the Year Zeke Berry was pretty much all everything for the Spartans football team that won its 29th successive NCS championship. He was a three-year, two-way starter at safety and wide receiver. He received multiple league, regional and state honors this past season including being named NorCal defensive player of the year. Berry was a Polynesian Bowl All-Star in his senior season. He was selected to play in the All-American Bowl Game and named as an All-American Bowl Defensive Player of the Year.  He accepted a scholarship to the University of Michigan where he will be playing for head coach Jim Harbaugh’s Wolverines in the Big 10.

Female Eric Griffin Memorial Award Jaley Croy was an outstanding three-sport athlete for the Broncos water polo, basketball and swim teams while also maintaining a 4.2 GPA. She had nine varsity seasons, all-league honors this school year in basketball and water polo and was a two-time team captain. Croy also showed a tremendous work ethic in the classroom, and a dedicated leader for her school and teams.

Male Eric Griffin Memorial Award Aidan Sunbury was a four-year cross country and track athlete at Northgate. He captained the cross country team for the past two years and sparked the boys team to the state meet for the first time in 18 years. He led by hard work, leading two-hour workouts every day in the summer to get the team the leg strength to perform well in the fall. Sunbury was pivotal as the Broncos won the prestigious Mt. SAC relay Division I race for the first time in school history. He received the track MVP award this past season for contributing the most points for boys varsity track. Sunbury, an Eagle Scout, was a recipient of the National Merit Award and is headed to UC Berkeley.

Female Athlete of the Year Lauren Dang is a rare junior to be honored by her school for such an honor. She competed in track, volleyball and basketball for the Warriors. This spring when was undefeated in both hurdles events against league opposition. She helped her basketball team to the NCS tournament and competed as an individual at NCS track and field.

Male Athlete of the Year Kevin Carranza was a four-year varsity member for Ygnacio Valley boys soccer. He helped the team to the NCS playoffs this winter and was named to the all-Diablo Athletic League first team. Carranza served as a team captain