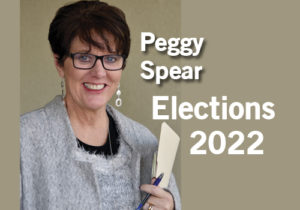 CONTRA COSTA COUNTY, CA (Mar. 15, 2022) — For years, the Contra Costa County District Attorney’s Office operated like a well-oiled machine, considered the “gold standard” by many in the state.

It touted a 90% conviction rate and developed mutual aid practices with nearby counties to apprehend criminals.

That continued even during the three turbulent years of Mark Peterson’s reign, as he fought misconduct violations and eventually resigned. His strong, seasoned staff of deputy DAs kept rolling along, including the now famous Paul Holes.

A shift in policies

Things changed, however, when Diana Becton became the first woman and Black to be elected as Contra Costa DA in 2018. Brash, confident and willing to take risks, the former trial judge took the office in a different direction – one that some have called soft on crime, others have called sexist (She faces a lawsuit for not promoting qualified women.) and one that has seen the loss of more than 20 deputies due to retirement or taking other jobs.

As Becton seeks reelection, she has a challenger from within in what is becoming the political race with the greatest implications for the county.

Deputy DA Mary Knox has spent her entire 37-year career in the Contra Costa DA’s office, and on the homicide team since 2007. In a 1½-hour interview with the Pioneer, the candidate lamented the loss of experience, what she calls the “easy” stance Becton is taking on misdemeanor crimes and the dismantling of several programs she helped to create to solve crimes.

“I never thought I would be a district attorney, but something has to change,” Knox says.

The veteran DDA spearheaded such programs as installing cameras on county freeways to help catch freeway criminals and “getaway” vehicles and brought together different jurisdictions to help catch violent criminals from other counties committing crimes in Contra Costa.

In some ways, the race reflects what is going on nationally: On one side a DA who wants to find other programs to help those accused of crime, such as those cities who want to defund police departments. In the opposite corner, an experienced prosecutor who “wants to protect the victims,” Knox says.

In an emailed question and answer interview, Becton disputes the claim that crime is on the rise, citing a study that showed in 2020 that Contra Costa County was only one of the three largest counties in the state where gun homicides went down.

“I can’t stand by and watch what is happening,” Knox says.

As a life-long Democrat, Knox said she was hopeful, as most in the district attorney’s office were, that Becton would be successful. “Regrettably, she has been the opposite,” Knox notes.

She says Becton’s lack of experience and “incompetence” has led to a significant drop in conviction rates. For decades, that rate was more than 90%. Now, the misdemeanor conviction rate has been drastically reduced to 50%.

Beyond misdemeanors, many county residents are scared by the “smash and grab” robberies that plague area malls, including the notorious Nordstrom melee in Walnut Creek last December.

Knox says that she has a three-pronged plan to attack that sort of crime, including a “mutual aid” concept that should be employed throughout the Bay Area to strategically shut down access routes for potential retail targets to intervene and prevent crime before it happens; prevent the use of freeways as “crime corridors” by using license plate cameras; and disrupt the use of social media as a tool to plan and profit from the crimes.

For her part, Becton insists she is not “soft on crime.”

In a written response, she said: “I understand that everyone in our county deserves to feel safe in our homes and communities. That’s why we focus our important resources on combating violent crime and supporting victims, including co-leading the FBI Safe Streets Task Force addressing violent gang crime throughout the county and coordinating the resources of federal, state and local law enforcement on violent crime.”

Knox said she helped create those programs, and it irks her that Becton is taking credit for them.

Becton continues in the email: “That’s also why we established a Cold Case Homicide Unit to pursue justice for the victims and families of unsolved murders and why we worked hard to eliminate backlog of untested sexual assault kits, launch a Human Trafficking Unit and are prosecuting those who commit hate crimes.”

Knox says that it was her idea to start the Human Trafficking Unit, taking the lead in making it happen.

When asked what Becton considers her three major accomplishments while in office, she answers with broad strokes.

“For the past four years, I have been proud to lead a staff of more than 200 people, which includes attorneys, investigators and victim witness and support staff, and oversee a budget of $49 million. I have held those who harm our residents and our communities accountable, launched new policies to prevent crime and focused on treatment and prevention, increased support for victims of crime and youth and addressed racial disparities. I am committed to keeping our communities safe, leading the DA’s office with integrity, and administering justice in a fair and transparent manner.”

Responding to claims that there has been a mass exodus from the DA’s office, she is quite adamant: “Simply put, this is false.”

Becton did not address Knox’s claims of more than 20 attorneys leaving under her tenure, yet she attached a chart that showed 27 retirements or resignations since she took over in 2018. Instead, she countered, “The Contra Costa County DA’s Office’s hiring practices have not changed except to enhance and increase our diversity. We are typical of any other DA’s office and law firm in that we have a robust summer program to make sure we have a strong pipeline for talent and future district attorneys.”

But Knox is frustrated about the loss of “hundreds of years” of experience. “It wouldn’t have happened were it not for the culture of the office under the current district attorney.”

Look for this race to take on a life of its own as we inch closer to the June 7 election.

Peggy Spear is a journalist and frequent contributor to the Pioneer. Email questions and comments to peggy.spear@gmail.com